A tornado hits Trebom village. The town of Cheb organizes a cream-cakes free for all. And THUNDERBOLT - the car that stole the show at the Brno car show last weekend. Find out more in Magazine with Daniela Lazarova.

What did Prague's most famous sites - Prague Castle, the Old Town Square or the Powder Tower - look like many years ago? An exhibition of black and white photographs capturing the mood of the city and its inhabitants more than a century ago provides the answer. Called Forgotten Prague - it is open at the Clam-Gallas Palace till the end of October. And if the images of days gone by capture your imagination you can visit another photo-exhibition at the Prague Town Hall. Called War Scars -it documents the changes in the city as a result of WWII. Both exhibitions offer unique photographs of the Czech capital, many of which have never before been shown to the public. 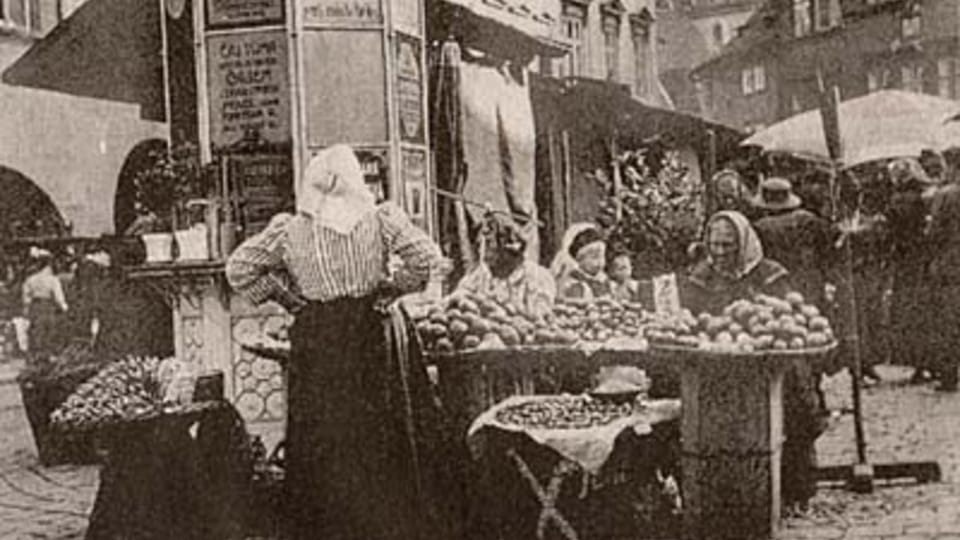 A woman in Trebon couldn't believe her eyes when she looked out of her window early one morning. Decorating her garden lawn were three majestic peacocks. The birds escaped from the Trebon chateux park grounds and toured the town until they found a garden they liked. "They brightened up the place no end, I was almost sorry to see them go" the woman said, after ringing up the police. Although most Czech chateaux have peacocks on their grounds and they rarely give any trouble these particular birds are regular globe trotters and the police have got used to being called up and told the peacocks were out again. Once, when the ornithologist team took a long time to arrive, the birds were driven back home in a police car. Maybe that's what makes the outings such fun for them!

In the five years of its existence the association Helpful Paws has trained 33 dogs to help their handicapped masters. The training lasts for two years and costs 200,000 crowns. However the specially trained dogs are real friends in need. They respond to 90 different commands, switch on and off lights, pick up anything off the floor and hand it to their masters, they fetch and carry, open and close doors and can even be relied on to get help in emergencies. This week another eleven specially trained dogs were placed in new homes. 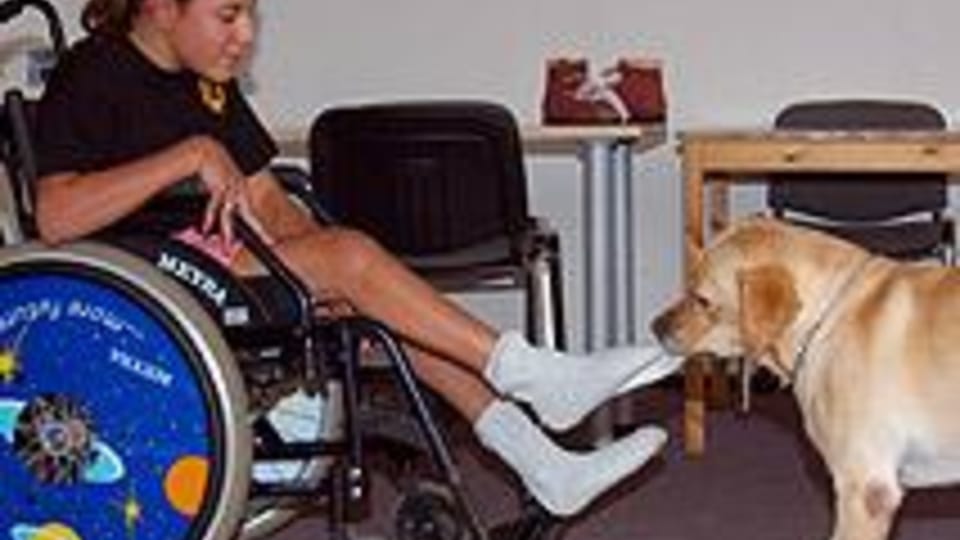 A flat full of fish is not exactly my idea of great décor. However Josef Novacek from Vodnany wouldn't have it otherwise. He boasts the biggest collection of stuffed fish in the Czech Republic - prize catches all 500 of them. Lake fish, river fish, salt water species and even a baby whale! Sitting on his sofa you feel like you are in the middle of a huge aquarium and even the town he lives in is called Vodnany - which roughly translates as something like Waterville!

The car show in Brno last weekend attracted thousands of visitors and it was not Citroen, Peugot or Ford which attracted the most attention. A private firm from Moravia calling itself Thunderbolt stole the show with a car called Long, which visitors instantly dubbed "the presidential limousine". The car was actually a pirated version of the Skoda Superb - only some two metres longer than the original. Both Skoda Auto and the President's Office distanced themselves from it. Thunderbolt was on sale for 2 million crowns and although many people clearly admired it no one actually made an offer. The "Presidential limousine" is expected to be shown at car shows in Prague and Essen in Germany.

The last few weeks of the school year are not exactly easy for schoolchildren - oral exams, written exams and a last-ditch attempt to improve their grades for the end of term report cards. The town of Cheb has started a great tradition which helps to alleviate the tension: a cream-cake fight on the main square. Lots and lots of cream cakes and a free for all. If you've been to one you'll know there's no better fun and the kids are already looking forward to next year.

The house whose roof was blown off, photo: CTK
The past week has not been a good one for Anna and Frantisek Vrtalovych from Trebom village. Scurrying about to collect their belongings from the garden before an advancing storm they suddenly saw a black column descend, pick up their roof, swing it around and carry it off. They later found it deposited on top of a barn some 200 metres away. Although central Europe is a fairly sheltered location as far as natural disasters go, in recent years there have been an increasing number of tornados in this part of the world - around 20 a year in different parts of the Czech Republic. The villagers say there's never been a mention of a tornado in the village chronicle and that having paid their dues future tornados will keep well away for a long time to come.
The removing of the chain by the members of the Balbin Poetic party, photo: CTK
The equestrian statue of St. Wenceslas - the nation's patron saint - is one of the best known monuments in the Czech capital. Now it has undergone a slight change. The chain that runs around the famous statue has been removed, at the decision of the Prague City Hall. Few people will even notice the change but for the Balbin Poetic party, a pseudo-party which regularly meets in a pub to criticize the shortcomings of Czech society and politicians, the removal of the artsy chain symbolizing linked linden leaves is a big event. They have been fighting for years to get it removed arguing that having a chain around the nation's patron saint did not bode well for the future. In fact on Balbin member claims that to him the chain symbolized the occupation of Czechoslovakia by Soviet troops. The City Hall said it did not view things in so dramatic a light, but that all things considered it saw no reason for the statue to be chained off from the public. So next time you pass through Wenceslas Square check out St. Wenceslas.
Author: Daniela Lazarová
run audio