Would you like to go to a ball but you really have nothing appropriate to wear? Attend the pyjama ball in Liberec! You can ask people not to smoke - but you've got to do it right! And, a snow party at Prague's Yellow Spa. Find out more in Magazine with Daniela Lazarova.

Pendolino, photo: CTK
Given the fact that all of the Pendolino high speed trains broke down within several weeks of being put into operation one might expect Czechs to be grumpy. Czechs however have reacted in typical fashion - they are cracking jokes about it and have been placing bets on how long the Pendolinos will remain in action, once they've been fixed by their Italian producer Alstom.People have placed bets to the tune of a quarter million crowns and most of them have put their money on the trains breaking down again.

Beautiful Czech girls, Czech beer and Prague Castle - a powerful combination and that's just what organizers had in mind when they picked the location for a special ball marking the 425th anniversary of the Krusovice brewery. The girls are contestants in this year's Czech Miss beauty pageant and they appeared at the ball wearing period costumes documenting the change of fashion over the 425 years of the brewery's existence.

If your musical instrument happens to be a precious baroque viola made in 1714 - the golden rule is to never let her out of your sight. Petr Kukovic, a member of the Dvorak Symphony Orchestra, did -for just one minute -in a university changing room in the German town of Marburg, where the ensemble was to perform that evening. When he returned the viola was gone and the chances of getting it back seemed slim. But within less than an hour -as the concert was underway - and Kukovic sat watching miserably from the wings, an elderly man appeared with the precious instrument in hand. The man was Miroslav Klement an antique dealer of Czech origin, who lived several blocks away and who was just getting ready to close shop when two young men appeared saying they wanted to sell a violin that belonged to their grandmother. "They were holding a viola and it was clear that this one had not sat in an attic for years," Klement said. He offered the thieves 50 euro for the precious instrument and since he knew a Czech music ensemble was playing at a nearby university he headed straight there. The antiques dealer and young musician have kept in touch and Mr. Klement is now going to visit his new friend in Prague. "I still can't get over how lucky I was that night" Kukovic said.

Two thirds of Czechs believe it is a good thing to observe state holidays, but in reality very few of them actually do. The results of an opinion poll just out indicate that the vast majority of Czechs celebrate only Christmas and Easter besides their birthday and their name day. The remaining state holidays are merely seen as days off and many of those polled had trouble remembering what state holidays are celebrated in this country. A fifth of respondents, mainly young people aged between 15 and 29, said observing state holidays was not important.

This week the police launched a new service - a special van which will collect drunks in the Czech capital and take them to the nearest drunk-tank. The van has a sign reading Transport of Drunks which caused a great deal of interest among a group of homeless people near Prague's Tesco store in the city centre where the van stopped for its first "client". The service is not really new - black and white photographs from the late 19th century depict a huge woven basket on wheels, pushed by two men, which served the same purpose. 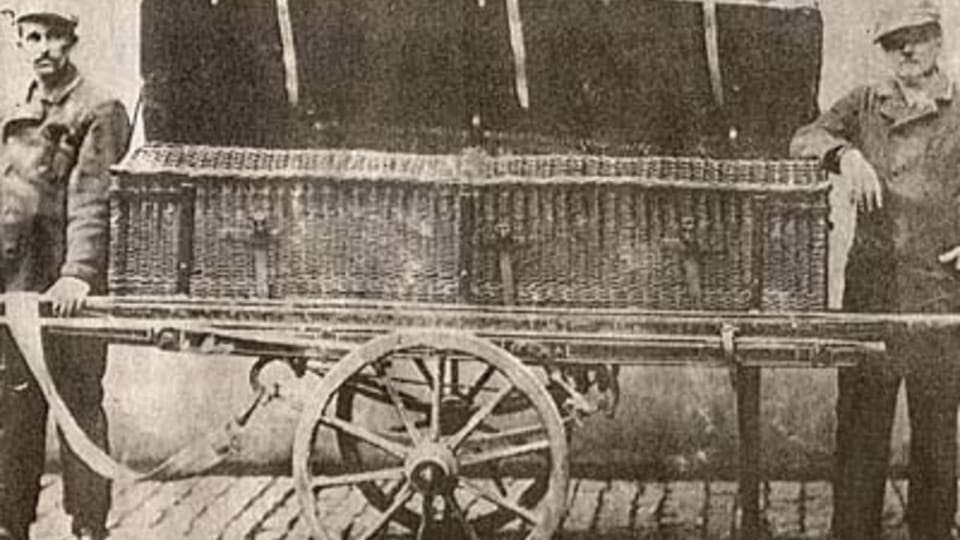 The riverside oasis called Zlute Lazne or Yellow spa -a popular summer hideaway with its Blue Café, tennis courts and deckchairs - has launched an ambitious project to attract visitors in the winter months. Ski tracks for cross country skiing, a scooter rental, weekend parties on ice, an igloo bar, snow-tubbing and a children's merry-go-round- those are just some of the winter attractions the Yellow Spa is advertising. The mentioned facilities will be open until the end of March. The spa dates back to the early 20th century but you won't find any signs of old age - it underwent a complete renovation just a year ago.

Would you like to go to a ball but you really have nothing appropriate to wear? The practical jokers association in the town of Liberec organizes an annual ball which people can only attend in pyjamas or nightgowns. The event is extremely popular and you are guaranteed to have fun. It hard not to let your hair down when your dance partner is in pyjamas, the dance band is in pyjamas and the waiters ditto. Some people even turn up in period "night dress" /an embroidered nightgown with nightcap/ others search high and low for something exotic. This year the organizers have put up billboards urging people to wear what they really sleep in and are wondering whether any of the ladies will have the guts to turn up wearing only a few drops of Channel number 5. The ball will take place at the cultural centre in Liberec on February 27th.

Kafka would love this - the new tobacco law which bans smoking in public places is causing many firms and institutions serious problems. But it has nothing to do with people smoking where they shouldn't be. It concerns the size, colour and background of No Smoking notices that have been put up. The law must be abided by - and the law specifies that no-smoking signs be in black letters on a white background and the letters should be five centimetres in size. Of course very few of the thousands of institutions around the country happen to have signs which fit the bill and police officers are making the rounds, issuing warnings that if things aren't set right in two or three weeks time there will be steep fines. In many towns even the local town halls have no-smoking signs in the wrong colour or size. Many institutions are extremely irritated by this development pointing out that they have better things to do with their time and money. But the police are uncompromising and smokers, who face a thousand crown fine for breaking the law, can snigger that firms and institutions are pretty much in the same plight. 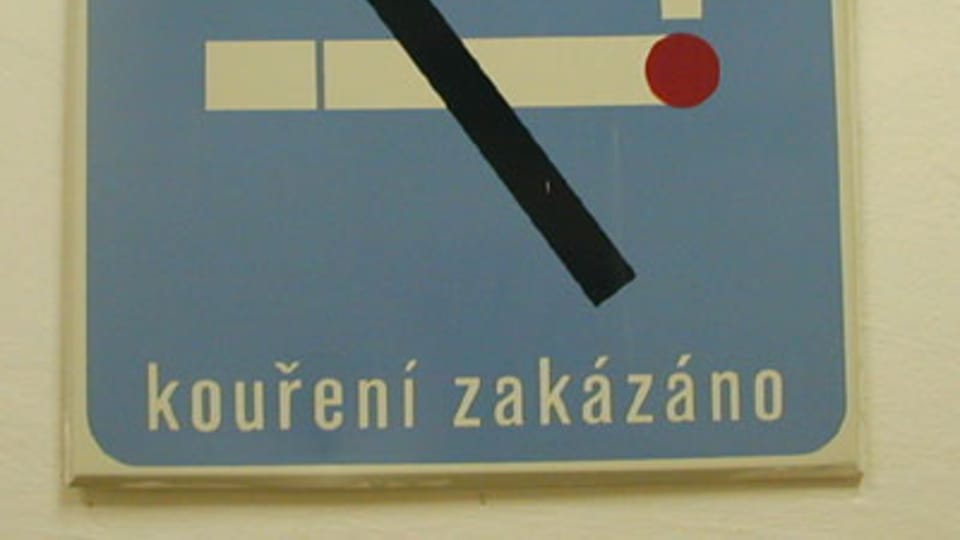