Pavel and Janis - the first gay couple to announce they are tying the knot! St. Patrick's Day celebrations in Prague are now a well established tradition, and forget about pork, sauerkraut and dumplings - you've got to eat snails to be "in". Find out more in Magazine with Daniela Lazarova.

It took Czechs a while to catch on but snail delicacies are now gaining increasing popularity in the country. Snail-kidneys, snail caviar, snail pate, snail soup and frozen snails are now available on the market, produced by the Czech firm Snailex which makes four tons of snail products per year. Snailex has one snail farm of its own and cooperates with around twenty snail farmers in Moravia. "We could do with double that amount of deliveries", a Snailex representative said recently. Although snails are also imported from France, Czech snails come at half the price and Snailex is the only firm in the world specializing in snail kidneys. So if you're here in the Czech Republic - and have an available patch of grass - think about what the future could bring.

What would be the most you would offer to bribe a traffic policeman with? One very drunk guy caught driving through Havirov the other night attempted to bribe the traffic police with a brand new car and fifty thousand crowns thrown in for good measure. The police drove him to the local drunk tank to sober up and charged him with drinking and driving and attempting to bribe a police officer. The 29 year old driver had been banned from driving a car for five years in 2002.

The St. Patricks day celebrations in Prague are now a well established tradition and many Czechs like to join in the fun. In fact it was the Czechs who won the annual Czech-Irish tournament this year, made of five disciplines. The Czechs won the tug-of-war, hand-wrestling and beer drinking. The Irish were better in the knowledge contest and at darts. "At the end of the tournament we all go and get plastered together" one of the contestants said.

The Czech Republic has just become the first post communist state to legalize gay marriage but its opponents say MPs overlooked an important detail. The law does not specifically state it is illegal to enter into more than one partnership simultaneously. The law may thus have to be amended in the near future - but already some couples are planning to tie the knot. Czech singer Pavel Vitek and his live-in-partner Janis Sidovsky have become the first to publicly announce their decision. They want a quiet ceremony at Karlstejn Castle. Knowing the press, this wedding is not likely to be either small or quiet.

The inhabitants of Ceska Lipa have one advantage over the rest of us - if they get tired of winter they can visit spring, summer or autumn which are all within walking distance of each other. It is not quite clear whose idea it was to name four of the town's streets after the four seasons but the locals are happy to have them there. And unlike this particular winter, Winter street is very short indeed, so you are in and out of it before you know it.

If you like whacky exhibitions then the one in Mlada Boleslav might be to your taste. The local museum exhibits curious artefacts uncovered in people's cellars, attics and sheds. And you'd be surprised what some of them contain. Among the things exhibited are a gas mask for a horse, a mummified cat - which was used to keep evil spirits away, and might keep some present day visitors away as well - a mobile toilet used by the nobility during the days of horse travel, and a home DIY kit for making tooth fillings, presumably when your dentist was not available. Try checking out your own attic one day - you might be in for a surprise! 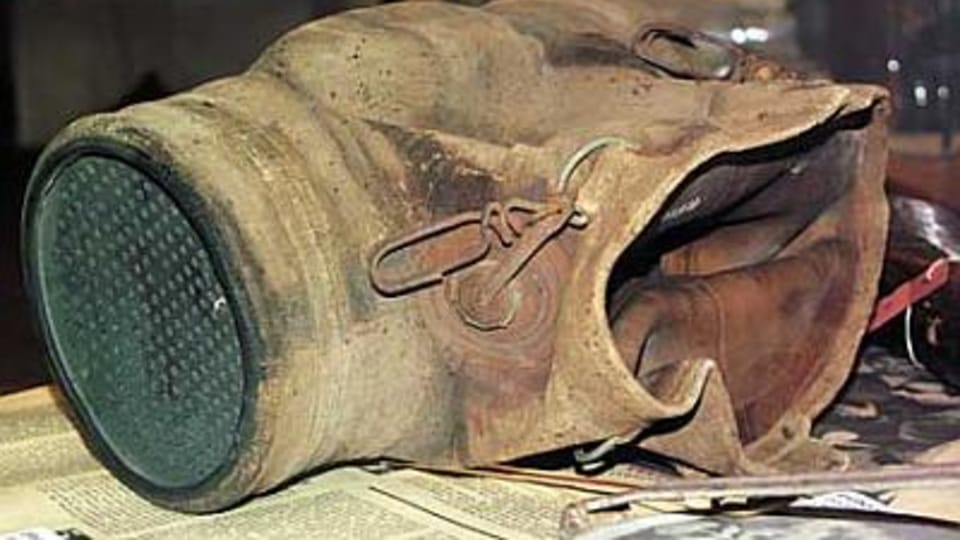 Czechs love improvising and inventing things as the people at the patent office could tell you. In the course of last year the office patented over 3,5 thousand inventions, 500 of them from Czechs, the rest from foreign firms established in the Czech Republic or exporting their goods here. Every patent office has its share of crazy ideas and the one in Prague is no exception. Among them are a magic dart that always flies straight to target, a dog-poo collector and a plan for stone-electricity production. Well, maybe one day...

The Prague Zoo planned a big birthday bash this week for Cilka reputed to be the oldest Przewalski horse in the world. In the wild these horses live for approximately twenty years. Cilka celebrated her 34th birthday - which in human years is well over a hundred - with a special vegetable cake, congratulations from the zoo's director and a big bouquet made of cabbage, broccoli and carrots. The Przewalski horse, at home on the plains of Mongolia, resembles a pony with stocky, short legs, a massive head and powerful jaws. It is able to detect smell and sound from great distances and has eyes set so far back in the skull that it is able to view a wide field with the only blind spot directly behind its head. It is usually extremely friendly but if you should happen to displease one - remember there's only one place to hide!