Why are Czechs enjoying less sex than they did under the communist regime? Why is it lethal to let you husband do the washing up? And, an unexpected new challenge for Czech go-go dancers. Find out more in Magazine with Daniela Lazarova.

A study in the former East Germany has shown that people today are enjoying far less sex than they did under communism. Sociologists say exactly the same thing holds for the Czech Republic. Before the fall of the Iron Curtain sex was one of the very few pleasures that the regime could not interfere with. People could not travel, career opportunities were restricted and shopping on the communist market was more a pain than a pleasure. So people devoted a great amount of their free time to sex. In the present day people are traveling, pursuing careers and making and spending money - and they now have much less time for sex. Statistics show that after the Velvet Revolution Czechs have fewer erotic adventures, fewer extra-marital relationships and devote much less time to sex with their partners. They have their first sexual experience later, and their first child later - if they chose to have one at all. Pity. That's really one thing we didn't have to change.

Does your husband or live-in boyfriend refuse to do the washing up? If you thought that's because he is a lazy bum then you might be doing him a huge injustice. His dislike of washing up may be rooted in an age-old survival instinct. Czech scientists have just published a report according to which washing up detergents have an adverse influence on the male hormones. OK, it does sound like someone paid them to come to this conclusion, but the research team was headed by a leading Czech fertility expert, who has put the full weight of his authority behind it. Dr. Ales Sobka claims that washing up detergent contains substances which change the male hormones into the female hormone estrogen. And this consequently damages the quality of male sperm - all tried and proven in Czech laboratories at Olomouc University. So the next time there's a pile of dirty dishes in the sink - remember what's at stake and don't let your loved one come close. After all, he can always do the vacuuming instead. Pity that no one has found the time to study what household chores do to the female body.....

A Czech man had a lucky escape after he plunged four floors onto the pavement below after mixing up the toilet and balcony doors in his house. Dusan Zdimala, 61, from Brno, fell 50ft but walked away with just light bruises after his unexpected night adventure. He was taken to hospital after a neighbour, who saw him fall, rang for an ambulance. Mr Zdimala, a painter, said: "It's miraculous. Apart from the bruises nothing happened. I didn't even break a single bone."
Illustrative photo: Archive of Radio Prague
Czech go-go dancers are to help British club-goers get over the fact that they are not allowed to smoke on the premises. The owner of the club in Cannock near Stafford told the local daily Express and Star that he had to make up for the fact that people would not be allowed to smoke in line with the new regulations. We have to find a new attraction - something that will take their mind off smoking and keep them here, the owner explained. And what with the number of stag parties heading for Prague you can't blame him for thinking that a Czech go-go dancer will do the trick any day - or night. So he's heading off to Prague to find ten absolute knock-outs who will leave British club-goers wondering why they ever smoked in the first place. Oh, the joys of free labour in the European Union!

The sight of a Canadian boot usually fills Czech drivers with dread - it means hours lost - a trip to the local police station to pay a fine and then another wait for the police to arrive and remove the boot. But just once in a while it may come in handy. Last week a somewhat absent-minded Czech man misplaced his personal belongings and car keys while shopping for clothes at the Krnov shopping mall. He had parked his car in a side-street and for fear that it would be stolen before he managed to find his spare keys the man plucked up the courage to ask the traffic police for a favor - a Canadian boot for his baby. The police obliged and the man went off to search for his two sets of keys with an easy mind - knowing that his car had police protection.

A study conducted for the European Commission suggests that close to two thirds of EU citizens switch off their mobile phones when traveling abroad because of the high cost of roaming. Czechs are a prime example in this respect. Ninety percent of them do not use their mobile phones at all or keep their calls to an absolute minimum when they leave the country. Fifteen percent of EU respondents said that because of the high price of roaming they leave their cell phones at home just to be on the safe side. Twenty five percent of respondents said they only use their mobile for short text messages when traveling abroad. European commissioner Viviane Reding, says mobile roaming charges remain unjustifiably high despite pressure on mobile phone companies but that the EC would persist in its efforts to get them reduced. At the present time EU citizens get charged four to six euros - for a four minute call - in some cases even up to twelve euros.

Time magazine has published a special issue to celebrate sixty years of publishing in Europe, entitled "60 years of heroes". Two Czechs have made the list. Dissident and later president Vaclav Havel rubs shoulders with Nelson Mandela, Charles de Gaulle, Michail Gorbachov or Jicchak Rabin. Mr. Havel's profile was written by his friend, rock musician Lou Reed. And the second Czech is a woman - tennis star Martina Navratilova who was picked not just as a tennis legend but as a strong woman went her own way in life. "People may love her or hate her - but few can remain indifferent," Time magazine says about her. The current Czech president Vaclav Klaus is not on the list - but you will find that he is the author of a profile on Margaret Thatcher. 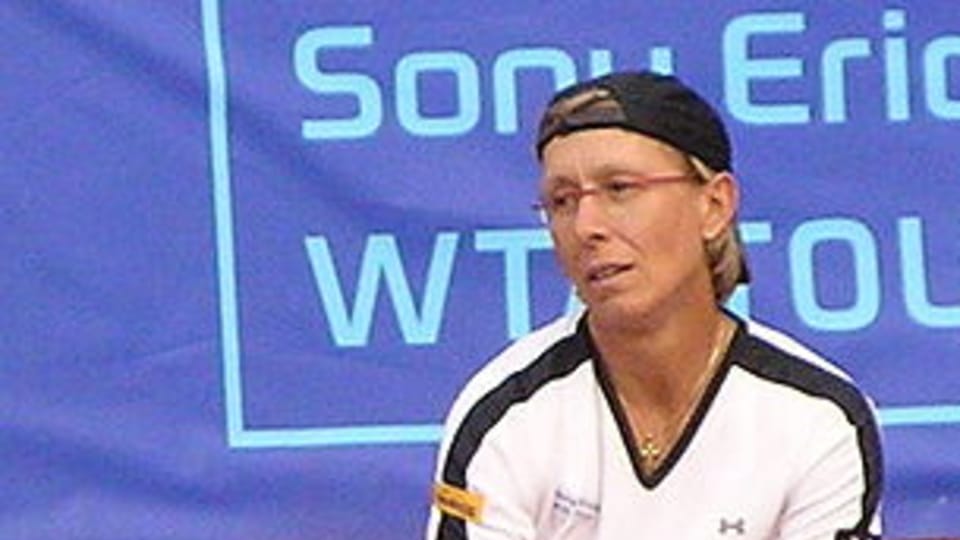