A first in Czech medical history - a dog gets kidney dialysis treatment! A fan at a boxing match gets a left hook from the referee for foul language. Is the sun out? Start making babies! And, President Klaus gets his finger sprained by an overly enthusiastic fan. Find out more in Magazine with Daniela Lazarova.

Celebrities know all about it - fame is sweet but sometimes fans can get just a little too enthusiastic. President Klaus, currently rated the most trustworthy politician in the Czech Republic, likes to go on walkabouts when he travels to meet with the public or stay after an event to sign autographs for the fans who crowd around him. At one such event last week an ardent fan shook his hand so hard that he sprained the president's ring finger. "It was an unfortunate accident," his spokesman Petr Hajek explained later. "The fan wanted to pump the president's hand. Unfortunately, Mr. Klaus was still holding the pen he'd just signed an autograph with - and the combination of the pen and crushing handshake sprained his finger. Luckily, the finger was not broken," said Mr Hajek. When the president next appeared in public he was sporting a bandaged ring finger and no doubt he will be quick to drop anything he's holding before fans descend on him in the future.

It is not only at football matches that things can get a little out of hand. At a boxing match in the town of Prostejov last week the game spilled out of the boxing ring when one of the points referees got into a fight with a fan in the front row. A former boxer, the referee dealt him a fine left hook that sent him reeling into the hands of his friends. The fan's hand was in plaster and he made no physical attempt to defend himself but the points referee said that the verbal abuse he had directed at him justified his action. The event is now being investigated and there is plenty of material to work with. Boxing fans who were recording the fight all promptly turned their cameras to the fight outside the ring when it started.

We are enjoying unseasonably warm weather in the Czech Republic but many towns - in particular Prague - have been hidden under a blanket of smog these past few weeks. The adverse effect of smog on asthma patients is well known but what few people realize is that smog also affects the reproduction process. Medical tests conducted in the 1990s in the town of Teplice showed that air pollution adversely affects the quality of male sperm - and is believed to be responsible for three percent of male infertility in the region. Polluted air allegedly damages the head of the sperm which results in infertility or severely increases the chance of a spontaneous abortion in the early weeks of pregnancy. So -according to scientists at least - this is not a good time to be making babies.

Kidney dialysis is a life-saving treatment for people who don't have functioning kidneys because of disease, injury, or birth defects. For the first time ever in Czech medical history this method was used to save the life of a dog. One and a half year old Maja was admitted to a private veterinary clinic with acute poisoning and kidney failure and would have died were it not for the fact that one of the clinic's employees originally worked on a children's intensive care ward. He knew that the hospital he worked at had an old dialysis machine which had long been taken out of operation though it was still functional. He drove over there and purchased it for the clinic - and within hours vets had put Maja on dialysis -cleansing her blood of the poison and saving her life. "It was an experiment," Miroslav Hanzak said later, "we had no idea whether it has been done anywhere else or what hurdles we could come up against when giving a dog dialysis treatment. But, we were lucky. Maja survived." The dog's owner Vlastimil Mandik said he had not hesitated for a minute when it came to covering the cost of treatment which amounted to tens of thousands of crowns. "She's one of the family - we are glad they could save her for us," he said.

Consider two very different locations - a Baroque palace in the Lesser Town, close to Prague Castle and a seedy, run-down nine-storey block of flats on the outskirts of Prague. Would anyone in their right mind consider exchanging one for the other? If you think not, think again. Six years ago the baroque palace belonged to the Czech Interior Ministry which decided to swap it for the seedy, run down block of flats - allegedly because it provided more housing quarters for its employees. More surprisingly yet, the value of the baroque palace located in the close vicinity of Prague Castle was assessed at 73 million crowns - the run-down block of flats, in the ownership of the company Bayton, at 150 million crowns. The transaction was said to have been a simple exchange of property with no money changing hands, and it was approved by then interior minister Stanislav Gross. The current interior minister, Ivan Langer, finds the whole deal extremely suspicious - and has ordered a thorough investigation. Well -who wouldn't? Unless of course, you really hate the Baroque architecture in the Lesser Town and want to breathe the fresh air of the Prague suburbs... 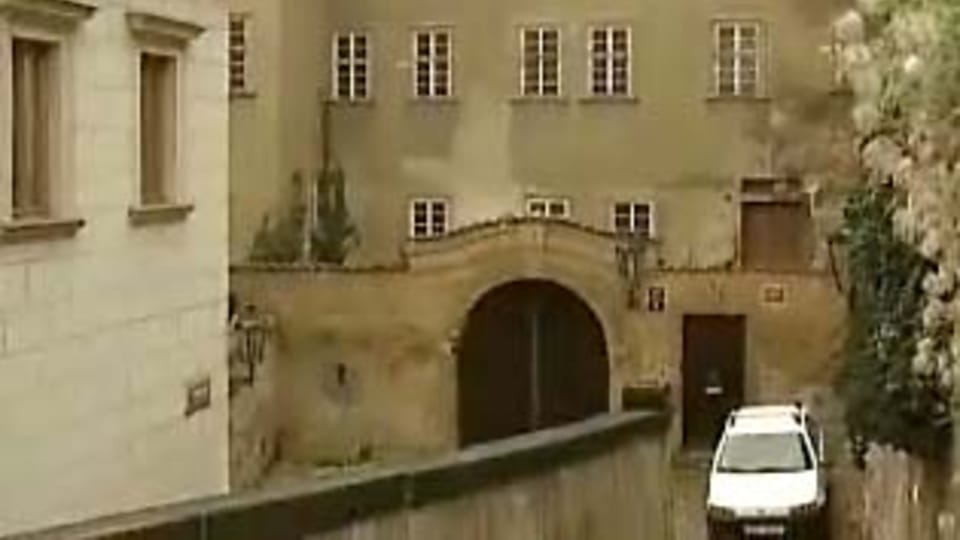 This week thousands of Czech children received visits from St. Nicholas, an angel and a devil - a trio that makes the rounds at this time of the year to reward children who have been good and wag a warning finger at those who have misbehaved. The reward is usually a bag of fruit and chocolates - those who have not been so good get a lump of black coal or a potato. Much to their surprise parliamentary deputies also got a visit from St. Nicholas, an angel and a devil on Tuesday - and they each opened parcels containing one tangerine, one lump of coal and three cards each depicting a school, playground and church. The trio were from the Green Party and the cards were meant as a silent rebuke regarding the practice of deputies' allegedly buying public support by sharing out state funds for their own constituencies. However this seems a small sin compared to the fact that six months after general elections the country still lacks a government. Had voters thought to pay Czech deputies a visit in the guise of the pre-Christmas trio there is no doubt that there would have been no tangerines and huge piles of coal.