Not sure how to give birth? It's on the internet! Not feeling well? You need more health insurance cards! And, a black widow arrives unannounced in the Czech Republic. Find out more in Magazine with Daniela Lazarova.

The internet is an invaluable source of information. But sometimes some people go too far. A sixteen year old Czech girl last week gave birth alone in her room after reading up on the subject on the Internet. Her parents had no idea she was pregnant and she had no medical check-ups - merely following the general advice she found on the web. Luckily both mother and baby are doing fine and the chances are the baby's father - who is sixteen and a half - will stand by them. At least the girl will not have to look for a father on the internet as well!

People collect all sorts of things - but Miroslav Vojtisek has become a collector against his will. He has an impressive collection of forty medical insurance cards with which his health insurance company is bombarding him by post. "When the second one arrived I thought it was a mistake" Mr. Vojtisek says, "but then I got another and another. At first it was once a month, then, once a week and eventually as many as three in a single day. The insurance company's computer must have gone mad". He naturally called them up to point out the mistake and they promised to send someone along and sort it out. But three weeks later nobody has been to see him and the cards keep on coming. Apart from the fact that he is being snowed under with health insurance cards Mr. Vojtisek has another headache - he has no idea which card is the authentic one. Luckily for him he is in excellent health - and very well insured!

Valentine's Day is just around the corner and although it is an imported holiday many young couples have embraced it. Entrepreneurs are only too happy to set the trend and the shops are full of cards, flowers and cuddly toys. The postal service is doing its bit as well - and a Valentine post box has been set up for those who want their card to bear a special Valentine stamp. (If you are mailing your card in Prague - then you will find the post box at the main post office in Jindrisska street.) And for those who miss out on the opportunity to buy their loved one sweets and chocolates -there's no need to despair. There is still May 1st - the Czech version of Valentines Day dedicated to the memory of Karel Hynek Macha, the country's leading romantic poet. On the day itself, couples in love go to Petrin Hill to lay flowers at the foot of his statue which should ensure that their love doesn't hit the rocks in the coming year. Many couples still prefer to mark the Czech holiday - and some take advantage of both.

The employees of a factory producing nappies in the town of Jaromer were in for a big shock this week. When they opened an overseas delivery crate with work materials they found it contained a black widow. Luckily someone had the good sense to call the local pest control squad and a zoologist confirmed that the tiny black spider was indeed the dreaded black widow. Had anyone gotten bitten they could have been at serious risk since Czech hospitals do not stock an antidote and it would have taken some time for the Czech Toxicology Centre to get hold of some. Meanwhile, the unexpected overseas visitor is doing fine. It was admitted to the Kraluv Dvur Zoo where it promptly laid several dozen eggs. Maybe our hospitals should think about stocking some of that antidote...

If you want to say that you are jinxed in Czech or attract bad luck then one way to do so is to say "Ja si koupit trpaslika, tak on mi vyroste" - "if I were to buy a dwarf he would be sure to grow up". Of course things can be much worse, as one Czech couple could tell you. When Martina and her husband Oktavian started living together they decided they wanted a pet and since Oktavian is allergic to cats and dogs they chose a mini-pig - which, by the way, is the latest fad in China. The mini pig was a huge success and a great conversation-opener when they took it for walks on a leash. The couple live in a second-floor flat but little Red Riding Hood -as the mini pig is called - was adept at taking the stairs. Like many dogs she likewise insisted on sleeping with her masters - and everything went along just fine until it dawned on the couple that Little Red Riding Hood was growing a bit too fast. The mini-pig which was to have weighed a maximum 16 kilos in her prime grew fatter and bigger by the day - until she acquired regular pig proportions - hitting the 60 kilogram mark with a bang. Unfortunately, by this time she'd become one of the family and there is no question that Martina and Oktavian could part with her. So life remains pretty much the same - she romps around the second floor flat, sleeps in bed with her masters - or rather they sleep with her- and goes out for daily walks. There is just one small difference - now Oktavian has to carry her up and down the two flights of stairs. 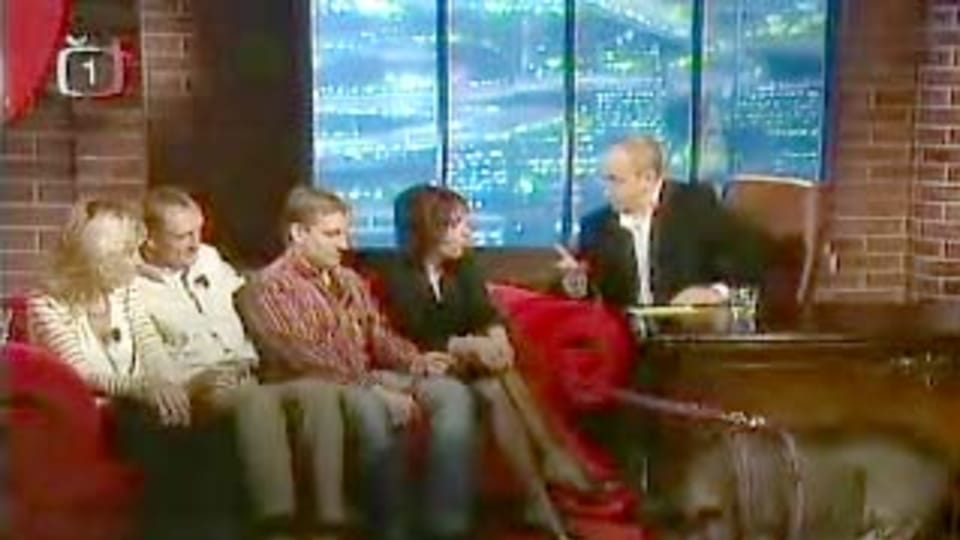 The Prague police badly needs reinforcements and because applicants are few and far between, police management have commissioned a massive advertisement campaign. The campaign centers around a short promotion film packed with action, adrenalin and heroism in which two police officers single-handedly maintain law and order in the Czech capital, chasing criminals and protecting the public. Its makers admit that it borders on parody, but they are convinced that it will be a success with the fun-loving Czech public. The campaign will appear on billboards, in cinemas, on radio and in the daily papers and aims to attract hundreds of applicants. The city police needs a thousand more officers and police management swear they will not end up in a stuffy back-room doing administrative work - the vast majority will be deployed in the streets of Prague, where they are badly needed. Although the public has not yet seen the adrenalin-packed promotion film people are already cracking jokes about it, as it comes hot on the heels of a real-life video shown on UTube in which two Czech police officers are seen whiling away the time playing table-tennis with their stop-signs at the roadside. However one thing is certain - the officers starring in the promotional film are going to become very popular indeed. The officers who posed for a recent billboard campaign reading "I'm looking for a partner" sometime ago are allegedly getting tons of love letters and offers of marriage from women of all ages." 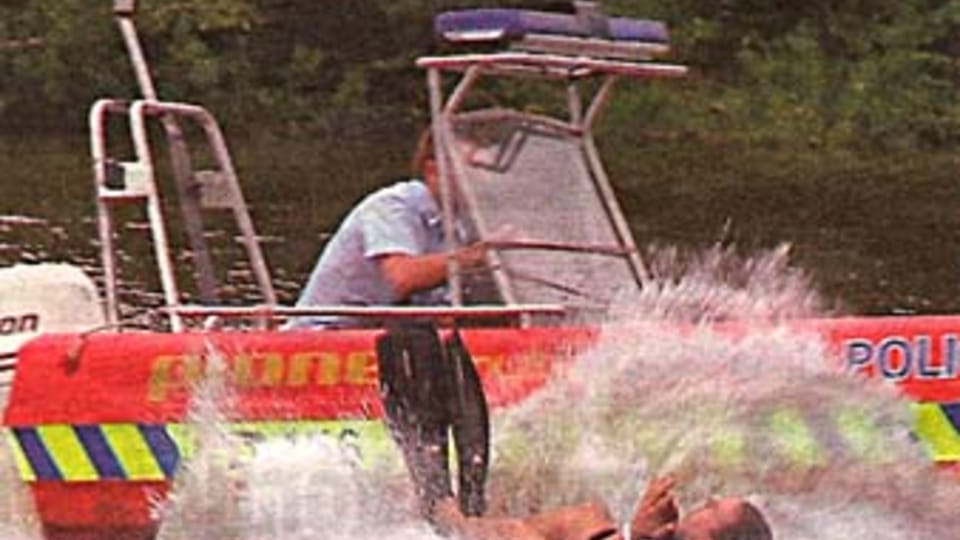