Nativity scenes are everywhere this time of year but the biggest nativity scene in the world is in the Czech Republic. Czech supermodels are to attract more tourists to Prague. If they can’t do the trick, nobody can. And where have all the schnitzels gone? Find out more in Magazine with Daniela Lazarova.

Vendelin Thursday, photo: CTK
The week before Christmas brought good news from the Tomayerova teaching hospital in Prague which is looking after the new-born that someone left in a garbage can late last week. The baby was brought in in critical condition with a body temperature of just 25 degrees Celsius and doctors feared the worst. But the baby is clearly a fighter and is said to be recovering well. He has become the darling of the hospital and the media alike and although the nurses named him Vendelin everybody calls him “little Thursday” – after the day on which he was found. Several families have offered to adopt him and so it seems that the child whose life started out so badly may have a promising future after all.

Christmas preparations in Czech households have reached a fever pitch – and it is Czech women who carry most of the burden on their shoulders. There is an ingrained belief that at Christmas time the house must be clean and sparkling from the cellar to the attic, the carpets hoovered, every room dusted, the curtains washed and everything in its place. Most Czech women still adhere to this back-breaking tradition even if it leaves them completely drained on Christmas Day and only women in managerial posts take the luxury of getting a cleaning agency to do the job. When they have finished with the cleaning which tends to be late in the evening – they start baking Christmas cookies – ideally a dozen different kinds. This usually keeps them busy for most of December and on Christmas Day when their family gets together to enjoy that special Xmas atmosphere of love and togetherness many women are silently thanking their lucky stars the Christmas marathon is over. Why - may you wonder – is it proving so difficult to root out this perfectionism? I have a fair idea since learning about a pagan Christmas tradition from a Czech ethnographer. In the olden days a so-called council of elders – half a dozen elderly women -went from house to house checking how each housewife had done her work. They wondered around the house, ran their fingers over the mantelpiece for dust, looked under the beds for dust balls and checked out the closets. For some reason they were not allowed to speak but if they found something amiss they would hiss like snakes letting the poor woman know she was a hopeless housewife. So, do we really need to preserve every tradition?

Photo: CTK
Nativity scenes are everywhere this time of year but if you wanted to see the biggest nativity scene in the world you’d have to come to the Czech Republic. Jiri Halouska - a carpenter from Bruntal devotes all his free time to creating this unique masterpiece. He says that years ago he personally met Pope John Paul who inspired him to use his skills for a special project. He started out with the Virgin Mary, Josef and little Jesus – all life size and each carved out of a single tree trunk. Every year he adds more figures and there are already 138 of them, including a two-ton elephant. His wooden masterpiece is in the Guinness Book of Records as the biggest nativity scene in the world. He plans to add figures for the rest of his life and asked what is special about this nativity scene he says that the soul of the tree which he uses passes into the figure that he carves from it.

Milan Kral is from the town of Pardubice where they make sensational gingerbread. But unlike many other Czechs who make gingerbread cookies to hang on their Christmas tree, Milan doesn’t like sweets. He’s partial to meat – roast pork, schnitzels and sausages. And this year he decided to decorate his Christmas tree to suit himself – instead of glass balls and gingerbread it is covered with schnitzels. Most people turn away in disgust but Milan says it’s the best Christmas tree he ever had. Well, there’s no accounting for taste – but is this guy really celebrating Christmas or just having a schnitzel orgy?

What would it take to get you to visit Prague if you’ve already been here? How about an invitation from Czech supermodel Petra Nemcova? The Prague Town Hall is looking for ways to attract more tourists to the Czech capital and believes that if supermodels don’t do the trick, nobody will. It has commissioned a publicity campaign in which some of the country’s greatest beauties will invite people to visit the Czech capital, each speaking to them from one of Prague’s famous tourist spots – Charles Bridge., Prague Castle, Wenceslas Square and so on. The advertisement spots are to appear on Fashion TV. So look out for them and see if they don’t tempt you. 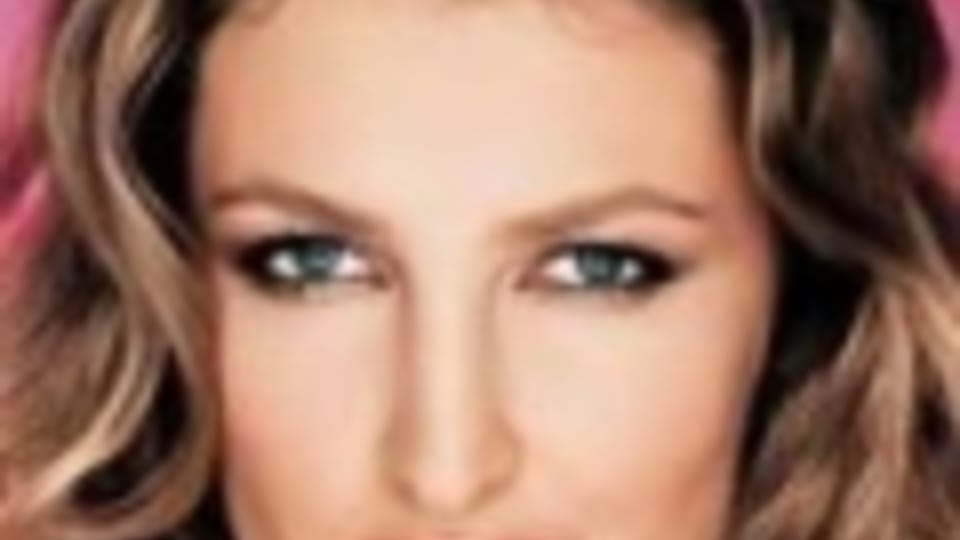 Alice Poulicek (middle), photo: CTK
The new Miss Belgium Alice Poulicek is someone Czech classmates remember as a fun-loving, friendly girl who had no plans to become a beauty queen or model. Czechs were delighted to find that Alice had been crowned Miss Belgium, but Alice herself has not had it easy. The child of a Czech father and Belgian mother Alice lived in the Czech Republic until her parents divorced. She now lives with her mother in Belgium and her knowledge of Czech was of no use at all when a show presenter quizzed her on her hopes for the future in Dutch. The French-speaking Miss Belgium was forced to admit she did not understand the question and was booed by parts of the audience. Many Czechs wondered at this show of intolerance but the beauty queen’s language skills take on a wider significance in Belgium which is still without a government six months after the elections amid political stalemate between the main Dutch and French-speaking parties. Alice has promised to work on her Dutch and while some are shocked that “their beauty queen” does not speak their language the organizer of the beauty contest Darlene Davos says it is all a storm in a teacup. “What would have upset me,” she told journalists, “is if someone had said –Miss Belgium is an ugly girl.”
Author: Daniela Lazarová
tag:
run audio