Czechs take part in a freeze frame flashmob on Wenceslas Square. A man is sent to five years in jail for biting off an officer’s pinkie. And, if you dare to take a picture of me – I’ll eat your SIM card. Find out more in Magazine with Daniela Lazarova.

Several hundred people took part in a freeze frame flashmob in the upper part of Prague’s Wenceslas Square this week confusing tourists and passers-by who had no idea what was going on. People froze in the act of kissing, eating a Big Mac, shaking hands or having a mock-fight. The Freezing Prague 2008 event was held in response to similar stunts in New York and London. The organizers said they’d seen it on YouTube and thought it was a great idea.

Photo: CTK
Thousands of people are about to receive a long-overdue mail delivery after workers at a railway station in southern Moravia found a vast number of undelivered mail sent in the years between 2001 to 2006. Some were just well-wishes on postcards but others were to shape people’s lives. One young lady who never received a dozen or so letters from her former boyfriend who was studying in Germany said she had broken up with him because she thought he had not bothered to write. The Postal Service is delivering the letters with an apology but many people say it’s too little too late. Besides, any valuables which were sent in the post are long gone – the sacks of mail had been plundered by thieves. Many people who never got letters they were expecting or lost contact with their friends abroad are now wondering whether their post office was responsible.

Czechs who love Chinese food were in for a shock this week when commercial TV Nova reported that the police were investigating a case of animal abuse in Tachov where a group of Vietnamese nationals were found to be keeping over twenty dogs in a greenhouse in atrocious conditions. The locals told journalists they suspected the dogs were being used as cheap meat for some of the many Chinese restaurants run by Vietnamese in this country and the extremely hostile behaviour of the Vietnamese in question as well as their refusal to say why the dogs were kept in the greenhouse did little to dispel people’s fears. There is no direct evidence as yet that the dogs really did end up on people’s dinner tables as Kung Pao but the fear that this might have been so has soured many people’s taste for Chinese food. 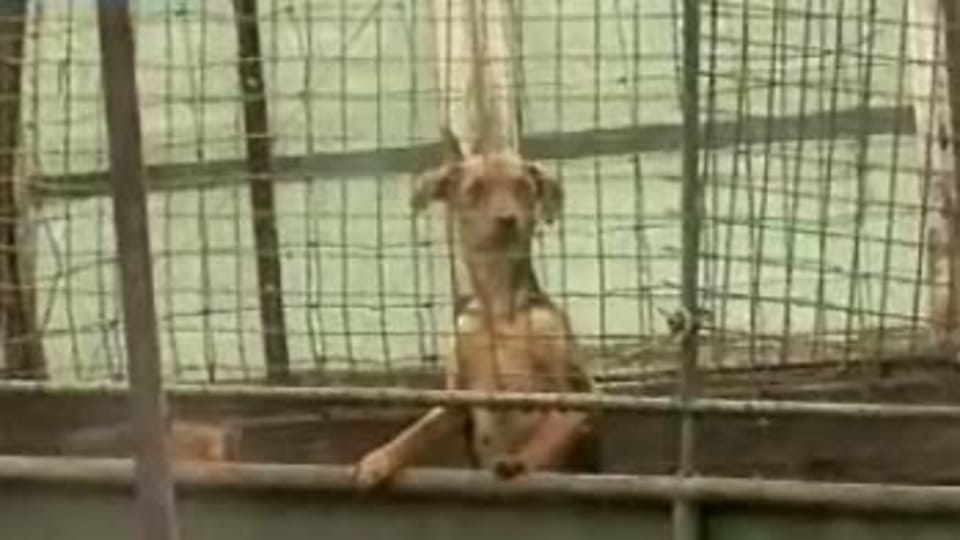 A court has sent a thirty-four year old Czech man to five years in prison for biting off an officer’s pinkie while he was trying to pacify him. The man was reportedly under the influence of drugs and was disturbing the neighbours by banging on their doors and yelling abuse in the middle of the night. When two officers arrived at the scene to restore order he fought them like a wildcat. “I felt pain but I had no idea my whole pinkie was gone until I looked down at my bleeding hand” the officer told the judge. After a lengthy search the missing finger was discovered on the basement floor - four floors below – but doctors said he had come too late for them to re-attach it. The punishment is unusually tough but as the judge explained - it was an attack against a civil servant.

Animals at the zoo may be locked up in cages and enclosures but one should still be careful not to antagonize them. A young man who wanted to take a picture of a gorilla with his mobile phone was in for a shock when the gorilla suddenly reached out and grabbed his mobile. Before the keeper could get there the gorilla had taken the mobile apart and eaten the SIM card. Clearly, he did not like having his picture taken. The man complained to the zoo’s director only to find that the man sided with the gorilla. “There are notices all over the place saying don’t push your hand through the railings – and for people who can’t read –its there in picture form” the director told him. The young man can thank his lucky stars he wasn’t trying to get a picture of a lion.
Charles Bridge
Ongoing repair work on Prague’s famous Charles Bridge has revealed the bridge to be in worse shape than previously thought. According to Ondřej Ševců, a Prague heritage expert, who is supervising the repair work, many of the original 14th century sandstones will have to be replaced. But it is not Charles IV who is to blame. The original sandstones which survived for many centuries were irreparably damaged by insensitive reconstruction in the 1970s when masons allegedly used the wrong technology – applying cement based mortar to natural stone. I wonder what punishment Charles IV would have meted out for that kind of incompetence in his time. Being ducked in a basket in the Vltava River seems appropriate. A mobile, a laptop, a company car, an extra week of paid leave, free cinema tickets, massages, and even holiday trips. Highly-qualified Czechs are now demanding more and more perks as companies fight to keep and attract new experts. The business daily Hospodarske Noviny notes that while in the past a work mobile phone was considered a big deal nowadays companies have to offer a lot more. Even a thirteenth salary – that bizarre Czech invention which is the equivalent of a Christmas bonus – is no longer greatly appreciated. People expect a high salary and bonuses every month, the daily says. Today job applicants are more likely to be impressed by flexible working hours or the possibility of working from home. However, to give them their due, qualified employees also wish to further their education – and their employers are usually happy to pay for foreign language courses and specialized training which will further increase their employees value on the job market. Which naturally leads to more perks and better pay in order to keep them. No wonder that many Czechs feel they never had it so good.
Author: Daniela Lazarová
tag:
run audio