A functionalist public restroom in the city of Brno may soon receive protected heritage status, models present a fashion line made of garbage and the Octopus is dead - will the Ray have better luck? Find out more in Magazine with Daniela Lazarova.

A young couple from the town of Hradiště in Moravia got the shock of their lives when builders working on their new home discovered that the whole estate – which they’d recently bought – was located on an ancient burial ground dating back to Great Moravia, a Slavic state that existed in Central Europe from the 9th century to the early 10th century. Archeologists were delighted with the find and immediately set about digging up hundreds of old graves. The view that the young couple now have from their bedroom window is positively spooky – open graves stretching as far as you can see with skeletons resting in their depths. While some would pack their bags and run this young couple – Nina and Radovan Šobovy – are taking the upheaval in their stride and hope to be able to move into their new home for Christmas. The archeological work may take a few years yet, which means that they will be looking at open graves a while longer – but hopefully by the time their first child is born they will have turned the former graveyard into a blossoming rose garden. 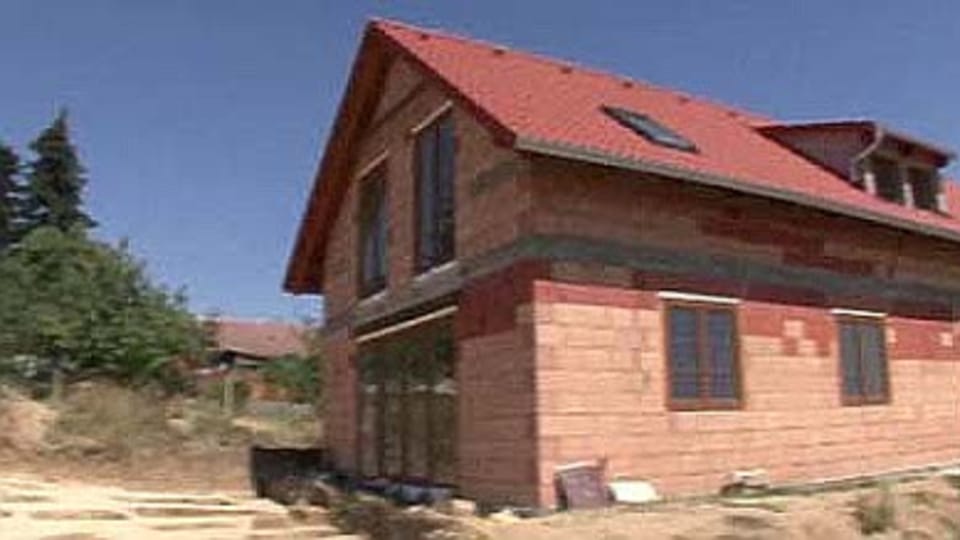 It may only be a toilet - and a dilapidated one at that – but it may soon rise to new heights. A functionalist public restroom in the city of Brno dating back to the 1920s could soon receive protected heritage status and be restored to its former glory – architectonically speaking, of course. The functionalist restroom designed by architect Oscar Pořiska in 1926 is a unique construction of its kind – located underground and partially lit by daylight through a number of glass walls and partitions. The restroom served the public until the late 1980s but is now in a sorry state with many of the glass partitions broken and the original toilets damaged. Other valuable public restrooms in Brno, built of cast iron at the beginning of the 20th century, have been dismantled and are stored at the local technical museum awaiting reconstruction. Well, architectonic pearl or not, I am sure that both the locals and tourists will be glad of any additional public restrooms that are opened. The lack of these facilities in Prague and other big cities is one of the most frequent complaints made by visitors.

Freshwater jellyfish, photo: OpenCage, CC BY-SA 2.5 Generic
In the hot days of summer Czechs often bemoan the lack of a sea-coast. But although we don’t have a sea, surprisingly we do have jellyfish. Now jellyfish may not exactly be popular with swimmers on the coast but holiday-makers in the town of Hlučín are delighted with them. They are reportedly a rare species of freshwater jellyfish that were first sighted in this part of the world in 1930 – in the Vltava River of all places. Later on the river was far too contaminated for them and they were occasionally sighted in flooded quarries or dams. Now there are swarms of them around in a gravel-pit lake in Hlučín, a fact that experts attribute to the hot summer because they need a water temperature of around twenty degrees Celsius. The jellyfish attract many visitors to the lake and people take snapshots to show disbelieving friends but experts on freshwater species warn swimmers that their sting is as painful as that of their distant relatives.
Ferryboat Blanice, photo: CTK
Ferryboats on the Vltava River are becoming an increasingly popular form of city transport. A new ferryboat line launched this month connects the Jirasek and Legions' bridges, the islands on the Vltava and the Yacht Club in Podoli. In its first week it attracted over 10,000 passengers and all were delighted with the extended ferryboat service, despite a few teething problems. On one occasion the helm of the ferry broke down and the captain had to paddle for a short time. And then again the electric machines stamping the tickets collapsed since they needed more power than the boat generator could produce. But, otherwise, all went according to plan and the new ferries already have their regulars. The ferryboat service closes down in October and reopens in April. There are now four ferryboat lines on the Vltava River on which you can travel with pre-paid city transport cards valid for the metro, trams and buses. Or, as of October, with an electronic OpenCard.
Illustration photo
A sixty-five-year-old man from Mělník showed incredible spunk this week when he was fixing an irrigation system and accidentally got his left arm amputated. The man picked up the arm, got into a tractor and drove to the nearest road where he stopped a passing driver and asked for help. When he finally got to a hospital doctors operated immediately but unfortunately they were unable to reattach it. However his brave action almost certainly saved his life.

A most unusual fashion show was held in the Krkonoše Mountains last week to raise awareness of a growing problem in nature - littering. The models wore dresses made exclusively of the kind of garbage that hikers and tourists leave lying around. The garbage line was made of plastic bottle tops, plastic bags, scratched CDs and empty cans. Not really models that one would die for – but all for a good cause, so let’s hope people get the message!

Jan Kaplický, photo: CTK
So it’s official. Jan Kaplicky’s Octopus will not, after all, be built in Prague. However the Czech-born British architect has met with a lot more sympathy in the town of České Budějovice for which he has now designed a concert hall. The black futuristic model has been dubbed The Ray and it is hoped that this particular sea creature will have better luck than the Octopus. It all depends on available funds but the town of České Budějovice is very eager to see it built. 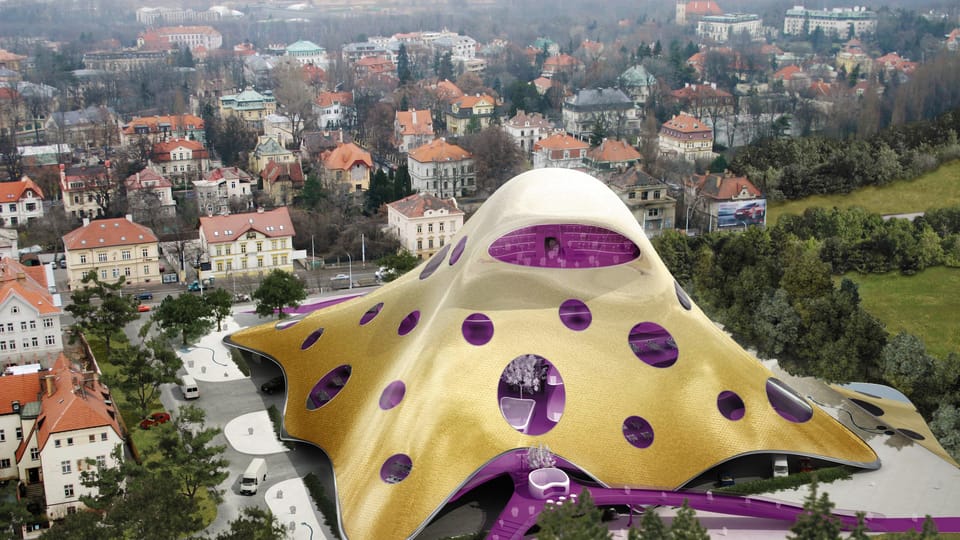