In this week’s Magazine find out how a modern art exhibit shocked newly-weds in Pardubice; a growing number of Czechs are lining up for cosmetic surgery; Czech gym teachers decry the poor level of physical fitness among kids at the start of the new year. And, why couldn’t he just collect stamps? A Czech collector boasts a grand collection of historic enema kits.

Photo: CTK
Many Czech couples opt for civil weddings and town halls around the country organize dozens of them every year. The décor tends to be fairly predictable - ribbons, roses, candles and symbols of wedded bliss – certainly no wild color schemes or offending art objects. Towns which have castles and chateaux offer weddings on these historic premises. But it was only a matter of time before somebody broke the mould. The Pardubice town hall made headlines this week in connection with an exhibition of modern art that wedding parties had to pass through in order to get to the wedding hall. The exhibits were somewhat shocking – a sculpture of a menstruating bride, or that of suicide lovers lying side by side in a pool of blood. Older people in particular were scandalized and even many of the newly-weds said that while they would go see such an exhibition elsewhere it was a bit much to pass these sights on their wedding day just before taking their vows. Following dozens of complaints – and scenes on the spot - the town hall authorities made the decision to cover up the art objects before wedding parties passed through the gallery. Now wedding guests pass though a gallery of mysteriously veiled strange looking objects and many of them break from the procession to lift the veil and peek under it. And if they get more than they bargained for they have no one but themselves to blame.

The Czech Republic is experiencing a boom in cosmetic surgery. An ever greater number of Czechs – women as well as men – are having facelifts, eyelid surgery, tummy tucks and liposuction. The youth cult may not yet be as strong as in the States but it has certainly taken root and many people undergo surgery feeling it will help their careers, get them a new partner or prevent their marriage breaking up. Now a private internet TV is launching the country’s first-ever cosmetic surgery reality show. Most of the contestants have signed up because they lack the necessary finances to undergo cosmetic surgery in a more private manner. But twenty-thee year old Barbora Krejčová says she has a different reason. “I have seen quite a few botched operations,” she says “and even if I am willing to take that chance – I think that the risk of something going wrong is much smaller with millions of people watching – and anticipating the outcome.”

If plastic surgery is going strong in the Czech Republic – so is the Stepford Wives phenomenon. A recent opinion survey among young Czech men indicates that they strongly support the age-old concept of the man as the provider and the woman as the wife and mother. Thirty-eight percent of respondents, between 18 and 30 years of age, said that they would like to make enough money to allow their wife to stay at home and raise their children. A parallel survey conducted by the Sociological Institute suggests that two-thirds of Czech men would like their wives to function as housewives and mothers full-time. On the other hand, the vast majority of Czech women, particularly young women say they want a career of their own, an independent income and more sharing of household tasks and parental duties. Right now the economy is playing in their favor – most couples can’t manage on one income. But many men are still dreaming of a perfect world and a cherished wife to come home to.

The Czech car maker Tatra has launched an unusual poll – it has asked Czechs to vote on which of its historical line of Tatra vehicles deserve to be reproduced in a special limited series for collectors. Ten Tatras are in the running including the famous T 603 model and the T 87 in which travelers Miroslav Zikmund and Jiří Hanzelka undertook a trip around the world in the 1940s. Czechs have until Sunday, August 31st to cast their internet vote and here is what they are choosing from. 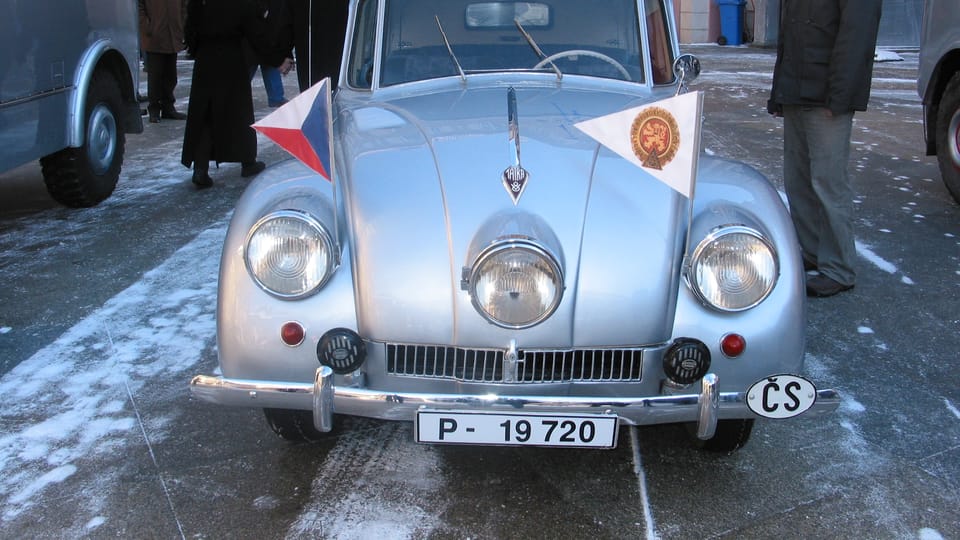 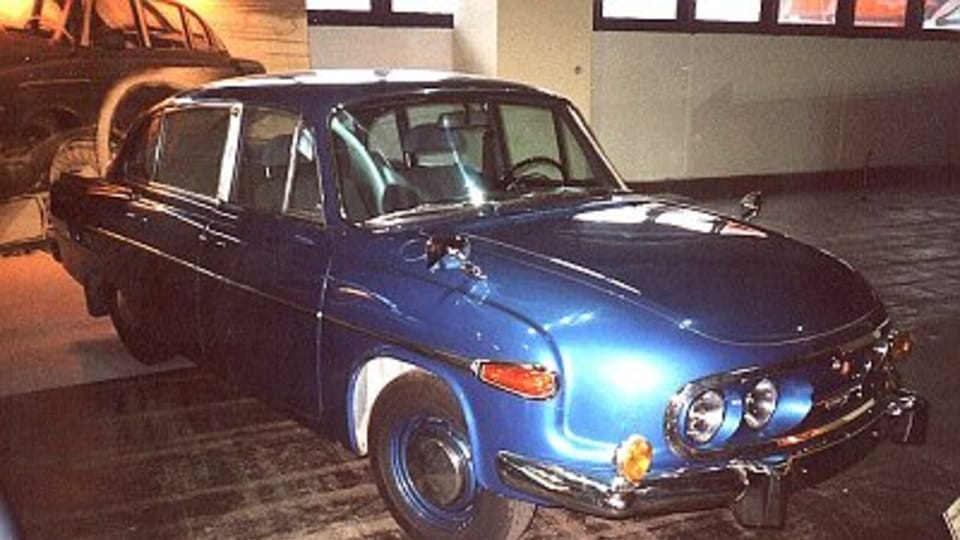 President Václav Klaus, photo: CTK
President Klaus has used his right to amnesty to stop proceedings against a man who is being investigated for putting what he claimed to be the president’s hip joint on sale over the interne – for the price of 35 thousand crowns. The incident happened shortly after President Klaus underwent hip replacement surgery at a Prague hospital this summer. The police launched an investigation into the matter citing gross violation of the regulations on Internet auctions which ban trading in human and animal organs. Meanwhile, the hospital where the president underwent hip-replacement surgery was outraged at the mere idea of such a thing, saying that after the operation the president’s joint had been disposed off in the usual manner – and that it was impossible for anyone to have acquired it. Clearly the president felt that his hip joint – fake and real – had already received more than enough publicity and asked for the case to be closed.
Photo: archive of Radio Prague
With the start of the new school year Czech gym teachers have launched an appeal for schools and parents to cooperate in the fight against obesity among young children. Gym teachers say that the level of physical fitness among children has reached an all-time low and have appealed to their colleagues at school to do more within their own classes to get kids moving. Independent surveys suggest that 60 percent of schoolchildren have no physical activity outside the compulsory gym lessons, spending all their time at their computer. Medical studies say that 30 percent of Czech school children are overweight and 12 percent are obese.
Photo: CTK
People collect the most bizarre objects – but none more so than Czech actor Jiří Sieber who – inspired by the famous scene from the Good Soldier Švejk – assembled a collection of historic enema kits and accessories. They come in a variety of shapes, sizes and colors – including pink for the ladies in the first half of the 20th century, and mobile kits for soldiers on the battlefield. The oldest piece in his collection dates back to 1840. Well, each to his own as they say – but really, give me stamps any day…