The Irish singer Glen Hansard and Czech musician Markéta Irglová, who won an Oscar this year for best original song with their composition Falling Slowly will make an appearance in The Simpsons. Twelve women from a small Czech town find inspiration in the movie Calendar Girls. And, the Napoleonic Society plans to pay tribute to the horses that were killed in Battle of Austerlitz. Find out more in Magazine with Daniela Lazarova.

The Simpsons
The Irish singer Glen Hansard and Czech musician Markéta Irglová, who won an Oscar this year for best original song with their composition Falling Slowly and whose film Once has proved a big hit in the US have now won the ultimate accolade – a part in The Simpsons. They appear in a scene set in a Grafton Street pub which Homer insists on visiting on his stay in Dublin, saying he remembers spending the best night of his life there forty years ago. He and Marge get drunk and decide to buy the pub, not realizing that it’s on the brink of bankruptcy because of the non-smoking ban imposed. Hansard and Irglová have already recorded their parts in the popular animated series, although it is not yet clear when the show will be aired. 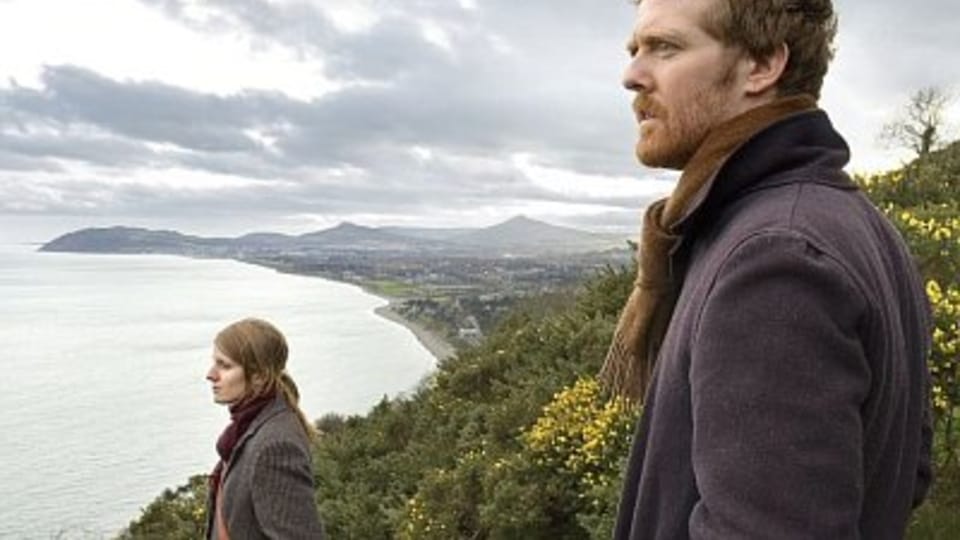 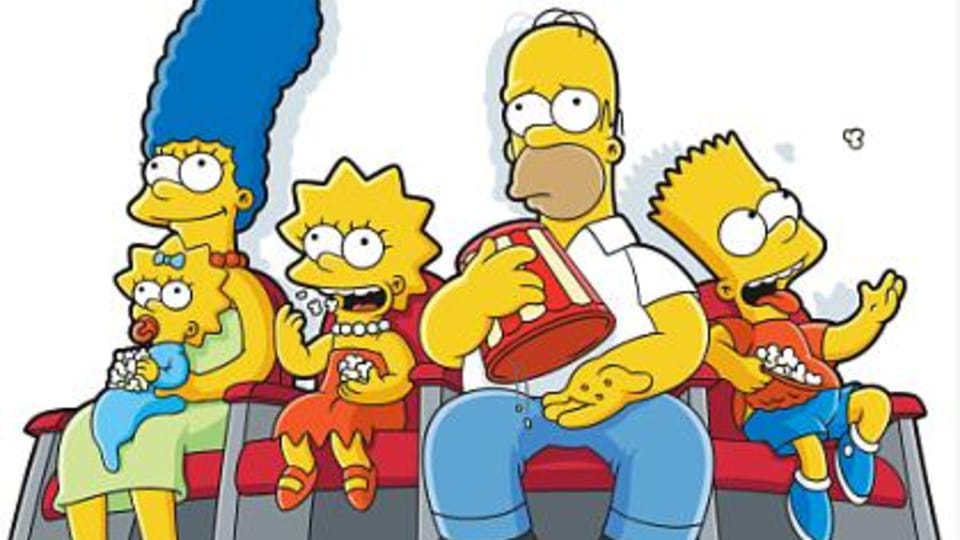 The town of Vyžlovka near Prague has made the news. Inspired by the movie Calendar girls – twelve women from the local community agreed to pose nude for a calendar in order to raise money for an indoor swimming pool. They posed outdoors – in the woods, at the lakeside and out on the local football field. The calendar is now on sale in Prague and the ladies are hoping to make a pile of money. All of them say the photo shoot was the most fun that they’d had in a long time. 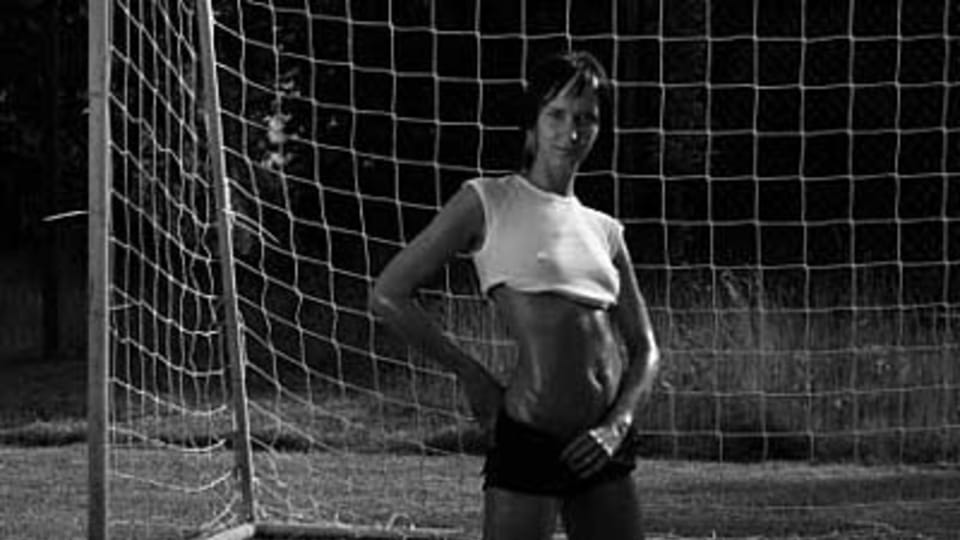 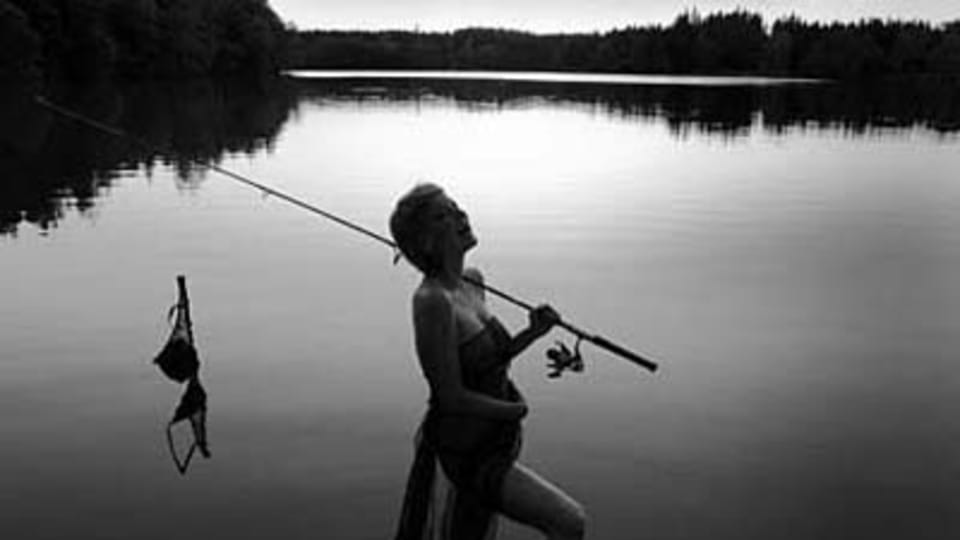 Photo: European Commission
Any mother who has been on maternity leave knows that looking after a baby round-the-clock is no easy task. Though you wouldn’t think so, judging by the Czech term for maternity leave. In Czech the expression is mateřská dovolená or maternity holiday, which has many mothers rolling their eyes in disbelief. Ruth Kolínská, a mum who has established a network of mother centers around the country, has officially petitioned parliament – largely made up of men – to change the term to something more appropriate, such as maternity leave, maternity work or maternity care. In the meantime, lots of exhausted mums are scrambling to make their own suggestions in chat rooms as to what it could be called – such as maternity galley-slaving or maternity hard labour. No offense to the baby, of course.

Dealing with bad parking is a task for the traffic police, but occasionally people who find a car parked outside their garage door take the matter into their own hands. One such case in Plzeň ended badly last week. The landlady responsible for manning a sidewalk elevator used to deliver the garbage from a three storey building out onto the pavement for the garbage disposal service was exasperated to find a car parked right over the elevator doors. However instead of waiting for the owner or calling the traffic police to have the car towed away she decided to remove the offending vehicle herself by setting the elevator in motion, thinking that, as it came up, the car would gently roll further away. The doors rose up – but instead of moving the car out of the way they raised it up -on its nose – suspending it at a 45 degree angle. The traffic police were not amused and both the driver and landlady were given a fat fine.

The public library in the town of Bohumín, Moravia, celebrated its 85th birthday last week with a fun event intended to remind people of the significance of books in the age of the internet. They called on the locals to assemble on the main square in as great a number as possible – each carrying a book of their choice. And despite the rainy weather last Saturday people turned up carrying novels, encyclopedias, folding picture books, travelogues, cookbooks, science fiction and the Bible – 692 of them in all, including toddlers with bedtime stories and babies with a book in their pram. They made the Czech Book of Records in the number of people assembled in one place with a book – beating an earlier record of 622 people set last year in Sedlčany. The library itself handed out 700 books as gifts.

The farming community in the town of Sasov has a tractor that turns teenagers’ heads. In fact it turns all heads whenever it hits the road because it is covered with bright green marihuana leaves. The reason for this unusual décor is that the tractor has been converted to run on technical marihuana oil. The farm grows technical marihuana and found that making its own marihuana oil saves plenty of money on diesel fuels. The tractor runs more smoothly, has a lower consumption and is environmentally friendly. Gradually the farm intends to convert all its farming machinery to run on marihuana.

Photo: CTK
Although there are plenty of equestrian statues in the Czech Republic there are few statues of horses – but that may be about to change. Shortly after the town of Pelhřimov announced it would like to build a huge statue of a horse somewhere on its premises – symbolizing the country’s regained freedom, Napoleon enthusiasts in the Czech Republic came up with a similar idea. Only they want to build a memorial to the horses killed in the Battle of Austerlitz, now Slavkov, near Brno, in which Napoleon defeated the Austrian and Russian armies in 1805. Some 5,000 horses are said to have been killed in the so-called Battle of the Three Emperors and the Napoleonic Society, whose organization commemorates the battle every year by re-creating the clashes in period dress, says it wants to pay tribute to the horses which do not have a memorial on the battlefield, unlike the killed soldiers. According to the society’s chairman Ivan Vystrčil the horses were not buried. It was cold and the soldiers were weary and hungry so most of the horses would have been eaten. The society wants to erect a life-size statue of a horse on the battlefield in their memory and will use its own money to do so. Local sculptor Nikos Armutidis is expected to complete the work next year and it will very likely be unveiled on the anniversary of the battle on December 2nd.
Author: Daniela Lazarová
tags:
run audio