The Vienna Vegetable Orchestra performs in Prague! A schoolgirl from the Czech Republic has won first prize in an international letter-writing competition, and the Czech Republic may soon get its first dark-sky reserve. Find out more in Magazine with Daniela Lazarova.

Photo: CTK
Carrots, celery sticks and cucumbers making sweet music together – no it’s not an ad for vegetables - but the Vienna Vegetable Orchestra at play. The popular 12- member ensemble visited the Czech Republic this week giving several performances in Prague’s Palác Acropolis. You won’t catch them playing Dvořák – they go for experimental music and jazz with carrots whistling, dry beans rustling and pumpkins being used as drums. The music instruments - made of fresh vegetables – are created anew for every performance with the help of knives, peelers and a drilling machine. They have their moment of glory and after the performance they are turned into tasty vegetable soup which the audience is invited to sample.

A schoolgirl from the Czech Republic has won first prize in an international letter-writing competition organized by the Universal Postal Union. The competition, for under 15s, is held every year and this year’s winner was 14-year-old Dominika Koflerová from the town of Frýdek-Místek. The topic was “How decent working conditions can lead to a better life," and Dominika wrote about a chocolate bar made in Zambia that she had recently received and organizations which helped producers in developing countries sell their goods abroad at a fair price. Dominika says she was amazed but very excited to have been selected among thousands of young contesters the world over. Next year's topic is: why it is important to talk about AIDS and to protect oneself against the disease.

The Fairgrounds in Letňany last week hosted an exhibition of Interior Design presenting the work of over 450 world designers and visitors to the expo were in for a treat – they could admire the biggest wardrobe in the world. The wardrobe was made as a curiosity by the Czech firm Art-Style but is actually one of the items on sale. It is beautifully hand-painted with motifs of the four seasons of the year and no matter how much stuff you have you will never be short on space. The wardrobe is six meters tall and four meters wide and you’d need to get on stilts just to open the doors. It took two and a half months to hand-paint and cost several hundred thousand crowns. Of course, chances are it might not fit into your flat and it needs an appropriate setting to show it off to its best advantage – ideally a palace. Several potential buyers have already expressed interest –one of them from Dubai. The wardrobe is expected to get a place in the Guinness Book of Records since the biggest wardrobe in the world to date was a 4,5-meter piece made in China.

There are real treasures to be found on the scrapheap if you keep your eyes open and dig deep enough. Every year over 40,000 tons of old electric appliances are collected for recycling in the Czech Republic and some of them are real museum pieces. In an effort to prevent these treasures getting recycled along with broken modern-day appliances of little value the company that runs 70 scrap-yards around the country announced it would hand out money prizes for the best finds. Soon it had calls from scrap-dealers across the Czech Republic who scrambled to make some extra money sifting through the garbage for anything special. As a result the company has acquired dozens of precious finds including a film projector from 1900, a home solarium lamp from the 1930s and a working Philips radio receiver made before WWII. The collection will be turned into a traveling exhibition called Museum of Electric Appliances. 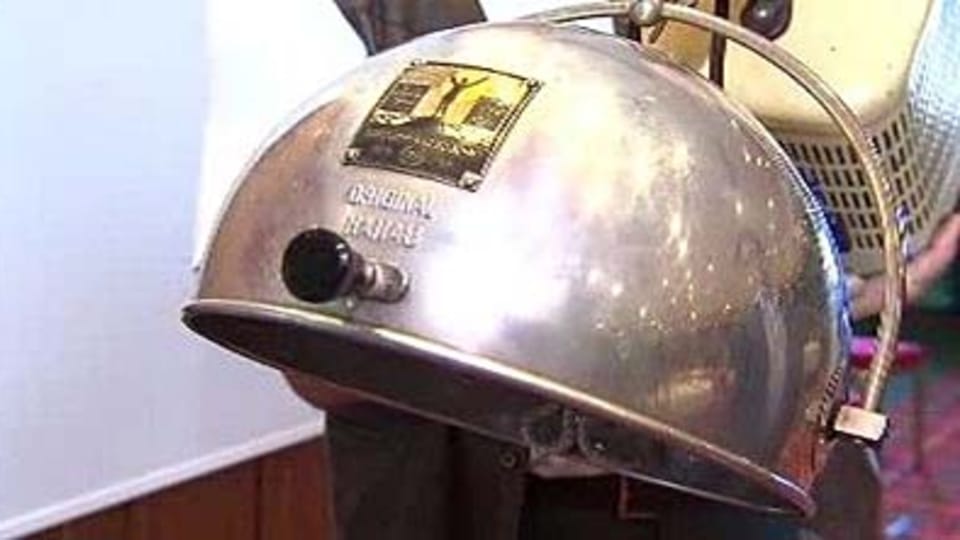 The Czech Republic may soon get its first dark-sky reserve where star-gazers will be able to fully appreciate the natural glory of the night skies. The reserve is an emerging bilateral project on the Czech-Polish border and is expected to cover some 70 square kilometers of land. Roughly half of it should lies in the Liberec region – half in Poland. The organizers want to declare the area a dark-sky reserve before the year is out since 2009 is International Astronomy Year. Although people can admire the night skies pretty much anywhere outside the big cities, experts say that the degree of light pollution is now such that even places far out in the country do not afford an ideal view. In other words you don’t know what darkness is until you’ve seen it in a protected area. By way of comparison – in town sky gazers get to appreciate a few hundred stars at best - a dark sky reserve will allow you to admire thousands more– even with a naked eye. The idea to create such a reserve came from the Polish side of the border and the Liberec authorities are very enthusiastic about seeing it implemented. And in order to give people a glimpse of what lies in store they have planned a two-minute total black-out next week during which the entire Liberec region will be veiled in darkness. Good for them and let’s hope it is not a cloudy night!