A traffic inspector makes off with a tram left unattended. The inhabitants of Hradec Králove put up a fight to bring back the sound of church bells at night, and Prague hosts the world’s geniuses. Find out more in magazine with Daniela Lazarova.

The inhabitants of Hradec Králové will once again be able to hear the church tower bells chiming the hour at midnight and in the early hours of the morning. The sound of bells between 11 pm and 7 am was banned by the city hall in April of this year at the request of two hotels stationed in the vicinity who claimed they were losing clients because of the noise. However the locals, who are used to the sound of bells, were not putting up with this and pushed for the ban to be removed. In May they organized a demonstration under the church tower at midnight – jangling their keys, blowing trumpets, whistles and using a variety of improvised noise-makers to get their message across. And they threatened to make enough noise to wake the dead every night if the bells were not allowed to ring. The town council gave way and said the bells should be allowed to chime freely every hour – day and night – as they have done for centuries. 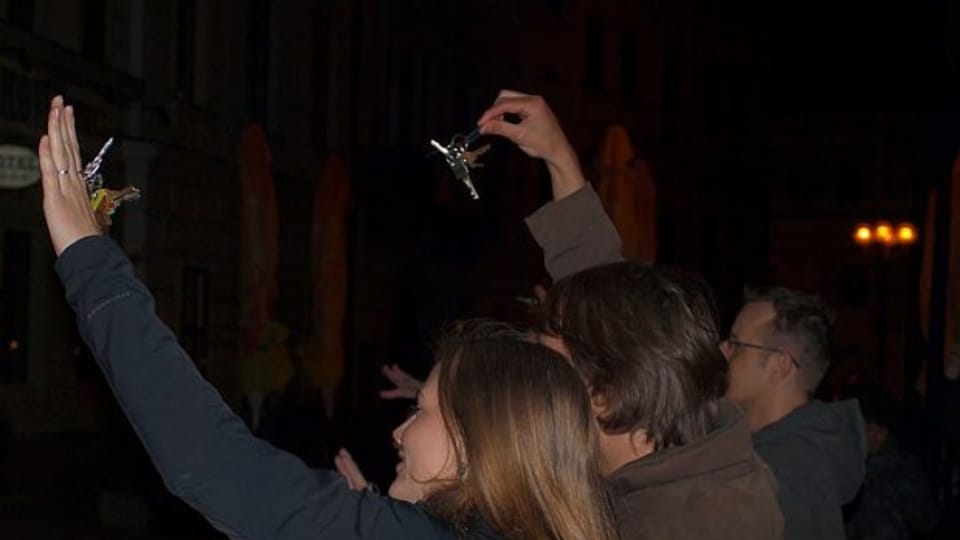 A traffic inspector made news headlines this week after driving off with a tram which its driver had left unattended. Although city transport is very reliable as a rule, this is something that tram drivers occasionally do – hopping out of the tram to buy a baguette or newspaper at a newsstand.

Usually they get away with it, but this time a traffic inspector who happened to be monitoring adherence to schedules noticed the abandoned tram, hopped in and drove off. The passengers didn’t bat an eye since tram drivers often swap places en route, but the driver –who returned five minutes later - was shocked to the marrow. Later when he heard who had made off with the tram his fear turned to fury and he accused the inspector of abducting a tram full of passengers. However his superiors are of a different opinion and the driver will most likely have to pay a hefty fine for leaving the vehicle unattended. A much more serious incident happened earlier this year when a runaway tram crashed out of the Motol tram depo and traveled for several stops with the driver chasing it on a bike –sustaining a heart attack in the process. The tram was eventually stopped by a depo employee who switched off the power lines along the whole length of the route in order to prevent a serious accident.

The Museum of National Literature near Brno which displays precious old manuscripts dating back to the 14th and 15th centuries has made a visitor-friendly innovation. Since the authentic manuscripts are locked up in glass cases and are far too precious for visitors to handle the museum has had perfect copies made at considerable cost which visitors can leaf through as they wish. The copies are reportedly so good that only experts can tell them apart from the real thing. Although visitors naturally know that they are handling copies – the real advantage is that they can leaf through a manuscript page by page – admiring the old script, ornaments and pictures, while the authentic manuscript can only be viewed at the place where it has been left open.

Photo: ČEZ
A man who had a dispute over electricity bills with the power giant ČEZ this week plunged several villages into darkness after intentionally damaging the power lines leading past his home. The man brought a ten-metre slope down onto the electricity lines risking his own life in the process. He is now charged with damaging public property and presenting a public health hazard and may face six years in prison. Prague is overflowing with geniuses this week as it is playing host to a five day gathering of European Mensas – a society of people with IQs of over 130. More than 400 members from 28 countries are here for the get-together, enjoying a programme of lectures, workshops and outdoor trips in and around Prague. And, at their own request, they are getting a crash course in the Czech language and Chinese calligraphy. Apparently the intricacies of Czech grammar are an easy nut for them to crack – but getting their tongues around Czech sentences containing only consonants give them as much difficulty as they would anyone else – for instance saying – strc prst skrz krk.
Author: Daniela Lazarová
tag:
run audio