Why did the victorious Czech ice hockey team smash its radio to pieces after winning the gold medal at the ice hockey championship in Vienna? Who has the best cleavage in the world? And to what country does the Czech Republic export champagne flavoured beer? Find out more in Magazine with Daniela Lazarova.

Ever felt like smashing your radio to pieces? I am not referring to the quality of programming, but to a rather bizarre tradition that our ice-hockey champions established some years back. If you are left wondering what goes on in the changing room when the champions come off the ice victorious, I can divulge a few public secrets from this year's championship in Vienna. First there is a ritual that involves banging their hockey sticks as they do their team chant and after that - but only if they have won the gold medal - they smash their radio to pieces. Nobody knows why the poor radio receiver should get the brunt of it - since we are very staunch fans - but there it is. This year the team also got a visit from President Klaus who drank champagne from the ice hockey cup and let the players drench him with champagne. Acting on past experience he prudently took off his suit outside the changing room and walked in wearing the national hockey jersey!

Who's got the best cleavage in the world? You may have your own ideas as to that but according to the German daily Bild it is none other than Czech supermodel Eva Herzigova. Pamela Anderson came second, and Mariah Carey third. The reports do not say who voted in the contest or how many super-cleavages were in the running.

Have you ever tried drinking champagne flavoured beer? It sounds like the perfect recipe for a really bad hangover, but some people are actually fond of beer laced with champagne. This special brew is made in a Strakonice brewery -just a tiny part in its annual production - and exported almost exclusively to Russia and Britain. While Czechs prefer their beer according to the classical recipe, light or dark, they don't mind catering to other tastes when it comes to exports. Traditional brews still hold the fort but Czech firms also make a small amount of flavoured beers: coffee, banana, cherry, vanilla, nettle and even chilli flavour! They've also tried fernet and lemon beer brands but apparently the latter two did not catch on. Well, as they say: no accounting for taste. So no matter what kind of beer you like - enjoy!

Still not sure what beer brand you prefer? Of course, your best bet is to go somewhere where there's a wide variety to sample. And there's no better place than a beer-fest! A big beer fest took place in Hana last week with 25 Czech and five foreign breweries presenting their goods. Thousands of people descended on the town and downed over half a million hectolitres of beer. And they voted the very first Miss Beer in the history of the Czech Republic.19 year old Eva Ceresnakova can down a pint without stopping to draw breath and her measurements are 90-64-94. As many Czechs will tell you she'll need to cut down on the beer if wants them to stay that way! 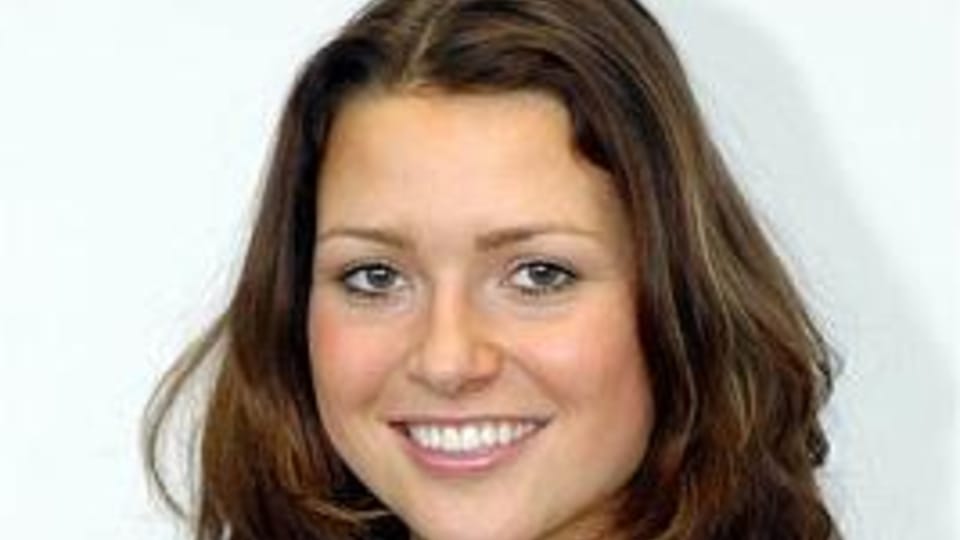 An unnamed supermarket chain in the Czech Republic has caused a furore with its latest advertisement campaign. Its leaflets bear infamous communist symbols and slogans. "Bolshie prices just like in the good old days!" the leaflets proclaim. The communist red star, the hammer and sickle, the Red Army soldier or the militia man grace the supermarkets leaflets, advertising the lowest prices in Prague. While some shoppers see it as a joke, others are deeply put out. "People have short memories, they recall the low prices and job security but forget about what it cost in terms of human rights violations, censorship and lack of freedom," one man protested. Several people said they were prepared to file charges and the matter is now been investigated by the police.

The country's most famous jailbird Jiri Kajinek has decided to write a book of memoirs. Kajinek who is serving a life sentence for murder managed to escape from the country's top-security prison and gave the police a fine chase before they managed to find him in his new hide away. Kajinek claims that he is innocent and was framed by the police and his attorney is collecting more evidence to get his case re-opened. Meanwhile, it looks like Kajinek is about to make a pile of money in jail, not just for the book of memoirs but also for a film based on his life-story, for which he has signed an exclusive contract.

Photo: Filip Jandourek
The campaign to curb smoking has finally reached Czech prisons as well. Several Czech prisons say that they now offer their prisoners non-smoking cells and that although the vast majority of Czech prisoners are still smokers the idea of separate cells for non-smokers has caught on. Common rooms still remain a smokers area because not many prisons have the necessary space to provide both. Franz Kafka would have loved this: the Czech government has found a way to cut down on red tape - by closing the bureau for streamlining bureaucracy. It is being closed down after failing to remove a single bureaucrat in the three years of its existence. The reason for this is simple: when the bureau was set up in 2002 it had to wait for Parliament to approve a law which would re-vamp the civil service and give it the necessary powers to fulfil its mission -ie. identify where to save. So it waited and waited and waited. The law never materialized and in 2005 the government decided that the bureau should be abolished. All 60 of the its employees are out of a job - and have thus fulfilled their mission -even without the respective legislation! Brilliant technique!

The car maker Skoda Auto is celebrating its 100 th birthday this year, and ranks among the oldest car manufacturing companies in the world. The very first car to leave the factory, then Laurin and Klement, in 1905 was the Voiturette model which could run at a maximum speed of 40 kms per hour. It covered the 200 km distance from Prague to Brno in six hours. Today's Skoda Superb covers it in 50 minutes. In 1905 the car cost three years worth of the average salary. Today a Czech making an average wage can buy the cheapest Skoda model for 15 average monthly salaries.

Prague Castle annually organizes a "historic" event for kids. They are taken back to a certain time in the country's history and enabled to meet kings, warriors and politicians, see craftsmen at work or enjoy the performance of jesters, fire-eaters and jugglers. The president's office always makes sure that the kids are actively involved in the event and this year they are invited to take a trip to primeval times. A primeval village has been built in the Prague Castle grounds and the small visitors can try their hand at making instruments, household utensils, cooking food and weaving clothes. There will also be a section for young archaeologists who can try their hand at digging up bits of ceramics or finding long lost metal objects with the help of electronic detectors. The even is scheduled for June 4th and 5th, and is free of charge. Last year over 1,000 children turned up for it. 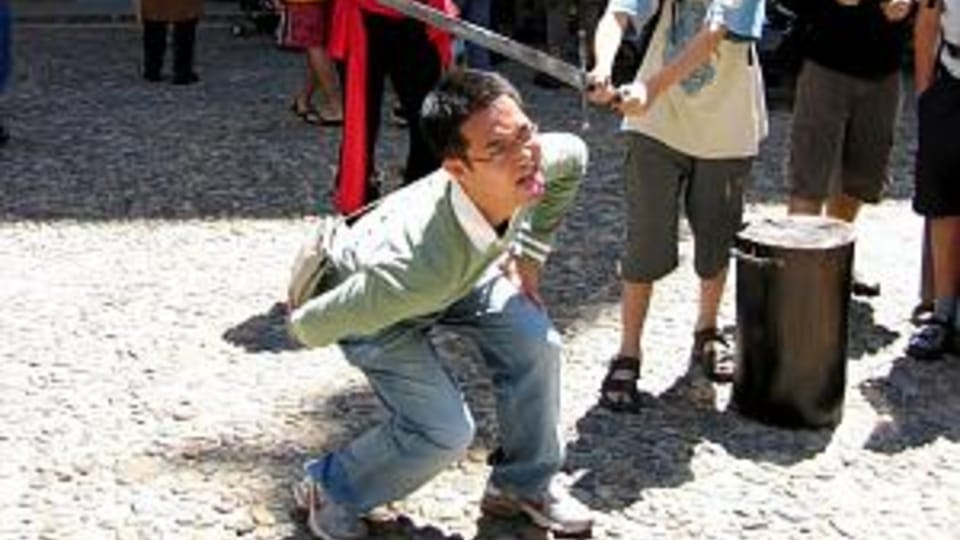