Giving birth outside police headquarters - if you are in a hurry it's as good a place as any! A dance marathon in Prague: for how many hours could YOU keep going? And, at this time of year Czechs traditionally mark All Souls Day - but Halloween's slowly taking root as well. Find out more in Magazine with Daniela Lazarova.

Magazine
Helena Formanova from Cesky Brod turned twenty six last week and she gave herself a great birthday present - a bouncing baby girl named Christine. This wouldn't be so unusual if her baby hadn't been born in a Skoda car on a police parking lot - with the assistance of the Czech police force. Helena's husband was rushing her to the nearest hospital that morning, but the streets were impossibly jammed and when it became clear that his wife would give birth any minute he turned into the first parking lot that came into view - that of the local police headquarters. And Helena promptly gave birth right under the nose of half a dozen astonished police officers - with the police doctor assisting.

Two dozen dance couples competed for 1 million crowns at Saturday's dance marathon in Prague. The main prize went to Zaneta Sysova and Richard Bohonek - who managed to gyrate for an admirable 42 hours and 38 minutes before dropping to the ground in exhaustion. "I did it for my son" - Zaneta said later. She has a two year old and lives in an asylum home, because she couldn't afford to pay the rent. "This dance was the best in my life, because it will be the start of a whole new life for us," the twenty year old told journalists. Clearly, her determination did the trick. She only met her dance partner on the day before the marathon while other couples had spent weeks practicing. Richard works as a waiter and he knows exactly what he's going to do with his half of the money - replace his old car which was stolen just a few weeks ago. Although 42 hours is a long time to spend on the dance floor - this years winners did not even come close to breaking the 1994 record: 126 hours on the dance floor!

Short of money? There are 160 million crowns lying around in the Czech Republic -which nobody seems to be using as cash. This surprising revelation came on Friday - the last day on which Czechs could go to the bank to exchange any ten and twenty haller coins still in their possession. These coins were taken out of circulation a year ago but people have shown little interest in returning them. Bankers say there were 180 million crowns worth of these coins in circulation and only around 21 million were returned to banking institutions - mostly by charity organizations to whom people donated the small change. Which leaves close to 160 million unaccounted for. People seem to have found various other uses for them around the house - and card players have stashed away whole boxes of them at home. They are said to be ideal for long winter evenings at the pub - when many of the regulars play poker and other card games. "This way I can still go home with the shirt on my back, knowing there's a roof over my head," one of them admits. 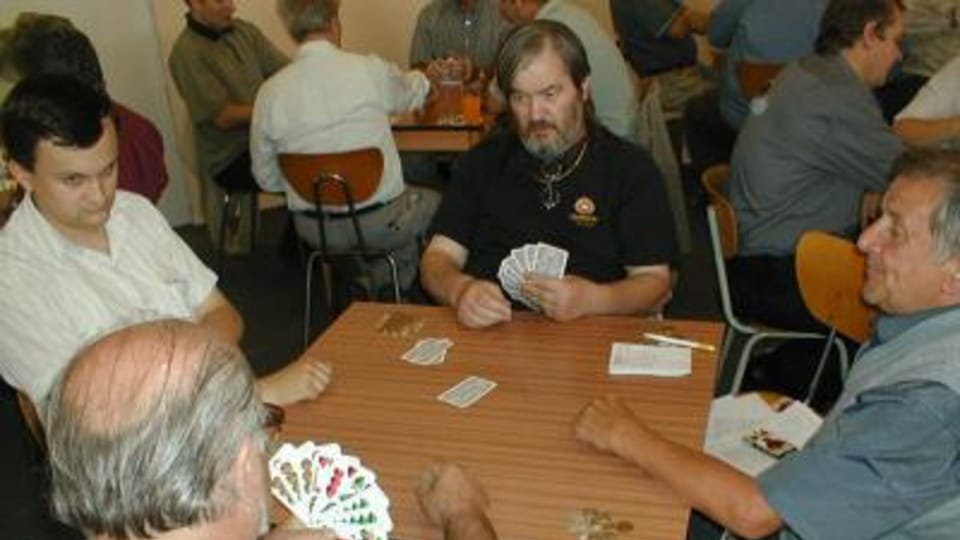 Over one and a half million rooks, crows and ravens have now descended on Czech fields for the wintering period. Most of them come here from Ukraine and the northern parts of Europe in search of a milder climate. At one time their numbers reached around four million but in recent years the number of these black winter visitors has dramatically decreased. According to ornithologists they have either found wintering grounds closer to home - or due to adverse civilization influences their numbers in Europe are thinning. Although some people regard these slightly ominous looking black birds as symbols of death and misfortune - they have long become a part of our winter.

Last week millions of Czechs headed for the cemetery to lay flowers and light candles at the graves of departed family and friends. Unlike Halloween which is only just taking root in the Czech Republic, All Souls Day has a long tradition here. The sale of flowers and wreaths is astronomical and on November 2nd cemeteries are awash with flowers and illuminated with thousands of flickering candles. Some families who have relatives in different parts of the country travel hundreds of kilometres to pay their respects. The roots of All Souls Day go back to pagan times when people believed that on one day of the year - November 2nd, souls were allowed to return to Earth and that on that day the link between the dead and the living was strongest. In past centuries some people even brought butter to the graveside for those souls who had not yet been admitted to heaven and were still doing penance for their sins. The butter was allegedly meant as a balm for their wounds.

Although Halloween is also linked to the "other world" you wouldn't find typical Halloween celebrations in many parts of the Czech Republic. But pumpkins and masks are on sale - and many schools now hold Halloween parties. Last weekend the Troja Botanical Gardens in Prague organized a Halloween get together to which people were asked to bring pumpkins, candles and masks and told what exactly Halloween was all about. Kids learned how to make pumpkin lanterns, mothers got pumpkin recipes and, after dark, a Halloween procession wound its way through the Botanical Gardens. Meanwhile, the town of Prerov this year decided to introduce Halloween celebrations as a way of fighting the autumn blues. The town hall organized a dance at which it held a contest for the best pumpkin lantern, the most original costume and people were invited to bring their favourite pumpkin dish. 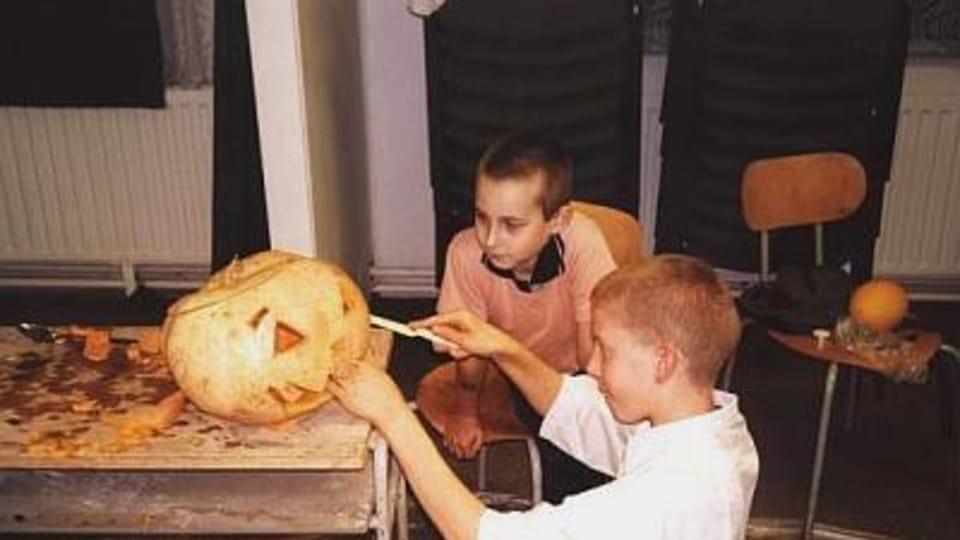 Although there are still two months to go to the New Year - hundreds of Czechs turned up to celebrate the Celtic New Year in the Nizbor castle grounds last weekend. The Samhain Festival of Celtic Culture offered visitors a feast of things Celtic - music, dancing, food, rituals, various arts and crafts, silver jewellery and weapons. People could try their hand at weaving cloth or making household utensils, they could watch combat in arms, try a few ritual dances around the bonfire or if they felt particularly lazy - just sample the food: roast pork, mead, bread and pancakes and a meat and vegetable soup, all cooked over a fire or hot stones out in the open. The Samhain festival marks the end of the harvesting season, and the onset of the "period of darkness". Together with Imbolc, Beltaine and Lughnasad it was one of the four main Celtic celebrations.