The long shadow of the Munich Agreement

The long shadow of the Munich Agreement

I’m standing in the exhibition hall of the Czech Senate and in front of me is an official copy of the Munich Agreement, the notorious 1938 document that ceded the Sudeten territories in Czechoslovakia to Nazi Germany. It is a four page document that is written in German, with a series of numbered points on it. At the bottom of the document are the clearly visible signatures of Adolf Hitler, Neville Chamberlain and Benito Mussolini and French Prime Minister Édouard Daladier. But this act of appeasement didn’t work and ended up leading to the Second World War and that it the subject of this week’s Talking Point.

The perceived humiliation of the post WWI Versailles Treaty was finally being forgotten as a new aggressive Germany sought to create its own empire – at first populated by bringing together all German-speaking peoples. The next logical target was the Sudeten territories of Czechoslovakia, which had a majority German population numbering around 3 million. There, this “minority” looked to Germany’s newfound prosperity and strength and compared that to their own living conditions. Ondřej Matějka is a specialist on the history of the Sudeten lands, he explains:

Konrad Henlein
“Many Germans till today remain convinced that their living conditions in Czechoslovakia were unbearable. As a Czech, I would say that this was not true, because between the wars, Czechoslovakia was one of the last democracies in Central Europe, and that means that their basic rights were secured.”

But the Nazis were already gaining a foothold within the Sudetenland as ethnic Germans there continued to complain, with some justification that the country’s economic policies favoured the Czech majority. Elections in 1938 saw around 80 percent of Germans voting for Konrad Henlein’s Sudeten German Party - the twenty percent that didn’t essentially vote for the Nazis is often conveniently forgotten in Czech history. Yet the clear trend put the very territorial integrity of Czechoslovakia at risk. Ondřej Matějka again:

“The reason why so many Germans in the Sudeten lands voted for the Nazis was because they had never accepted the existence of Czechoslovakia. For them, 1918 was a disaster. And only very slowly did they start to live in and accept the new Czechoslovak state.”

The British and the French were becoming worried. British Prime Minister Neville Chamberlain visited Germany several times to plead with Hitler, but to no avail. On 10th September 1938, the Czech president Edvard Beneš addressed the nation:

“My fellow citizens, I am addressing you at a time of international crisis – the largest since the World War. These events have not only engulfed Europe, but also other parts of the world. At this critical moment, I am talking to you about us, about our standing in the middle of this anxious world. And I am talking to you all – to Czechs, Slovaks, Germans and to other nationalities – and within this, to all groups, to all camps, to all positions…”

Edvard Beneš speaking to the nation
Yet for all the pleas and international machinations – with France, Czechoslovakia’s perceived guarantor, and Britain not prepared to go to war to prevent the apparent unification of the German people - the Czech people prepared for conflict. Ondřej Matějka explains:

“In September 1938, the Czechoslovak people were ready to fight. On September 23 there was a mobilisation of forces, and the people were excited that they were going to fight, because it was after months and years of political pressure from Germany and it was clear that the process was heading towards war.”

Troops were sent to the borders and Czech border fortifications were immediately consolidated. Concrete bunkers were placed on alert and barbed wire border posts were strengthened. If German troops were going to cross the steep hills along the border, it would not be without a fight. But that scenario proved to be short-lived.

Signing of the Munich Agreement. Left to right: Neville Chamberlain, Édouard Daladier, Adolf Hitler and Benito Mussolini
On the 29th September 1938, Neville Chamberlain took his final trip to Germany, desperate to avoid war. At the airport, wary of a populace resisting conflict, he spoke of his hopes for peace:

“When I was a little boy, I used to repeat – if at first you don’t succeed, try, try, try, try again. That is what I am doing. When I come back, I hope I may be able to say as Hotspur says in Henry IV that out of this nettled danger, we plucked this flower safely.”

Chamberlain was driven past cheering crowds in an open-topped car through the streets of Munich, with the German foreign minister Joachim von Ribbentrop next to him. During the meetings, a proposal was hammered out buy Hermann Göring and Benito Mussolini and presented to Chamberlain and French Prime Minister Édouard Daladier. Czechoslovakia was not invited to the talks.

Adolf Hitler signing the Munich Agreement
In Munich, the plan was signed by Britain, France, Italy and Germany – a plan that simply gave the Sudeten lands to Germany. The Czechoslovak government was dismayed but powerless and accepted the plan the following day. While British Prime Minister Neville Chamberlain was greeted as a hero in Britain for securing “peace in our time,” Hitler was already feeling that he had somehow been betrayed.

German forces crossed into Sudeten Czechoslovakia largely unopposed, greeted by most of the German populace, who threw flowers at the advancing soldiers. With Czechoslovakia’s border defences penetrated, the rest of the country lay bare and utterly defenceless in front of Nazi Germany. Ondřej Matějka explains:

“I think that since that time, in Czech culture there is a strong frustration because we were the neighbour of Germany and we were the first who would be attacked. And the French thought that they were insured if they sold Czechoslovakia out because Hitler would want no more. But the Czechs and Poles knew that this was nonsense, because they knew that Hitler would want more.”

And that debate, seventy years on appears to be as lively as ever:

Bohemian and Moravian Protectorate
“In the newspapers you still can read the lively debate about whether we should have fought. And everybody has their own opinion. I think that there are quite a few people who believe that we should have fought – of course it was obvious that we would lose because nobody would have helped us, not France, not Great Britain. But you would have had the possibility to fight, and it is perhaps better to do that and to die fighting than die in a concentration camp.”

While opinions on that issue may differ, it is with a far greater conviction that a vast majority of Czechs continue to feel that the Munich Agreement was a most shameful betrayal of their country by the Western powers. And it was this betrayal that led ultimately to a slow and perhaps even understandable shift towards the promise offered by the Soviet Union in the post WWII climate. After the horrors unleashed by the Munich Agreement (or Munich Dictate in Czech), the later humiliation of the Bohemian and Moravian Protectorate and the partial redemption offered by the Czech assassination of German Reich Protector Reinhard Heydrich in 1942, the horrors were far from over. As the liberation from Nazi rule came, another dark, humiliating and hopeless chapter in Czech history was about to be unleashed, and again the country found itself the helpless target of a larger power. 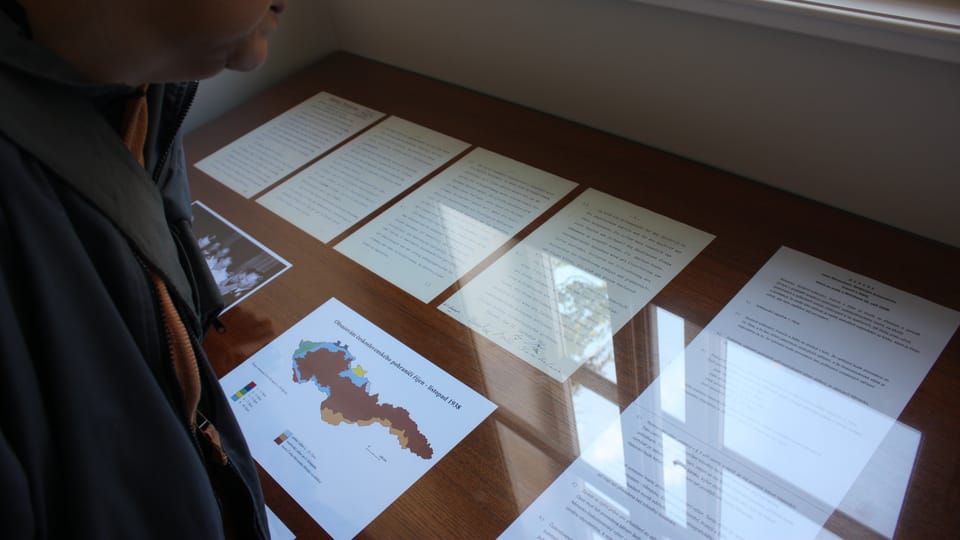 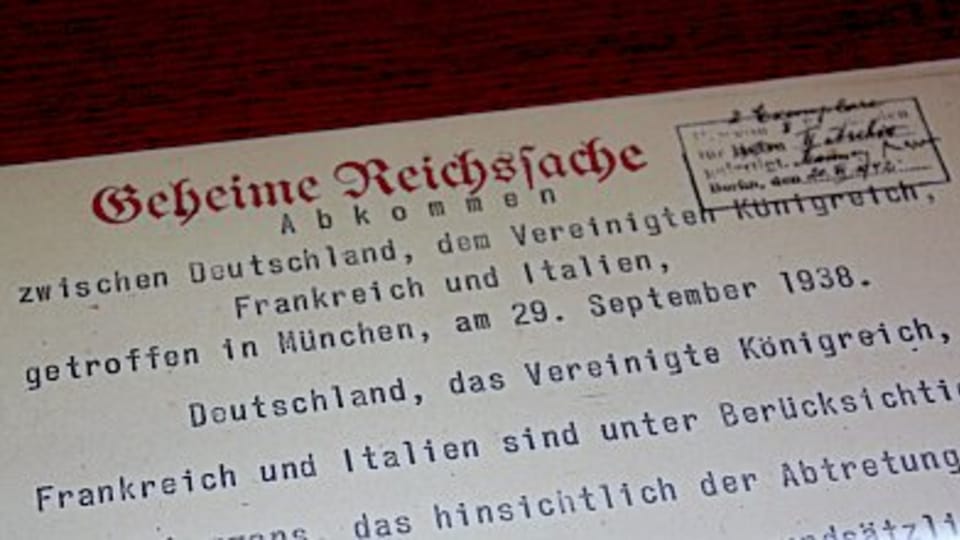 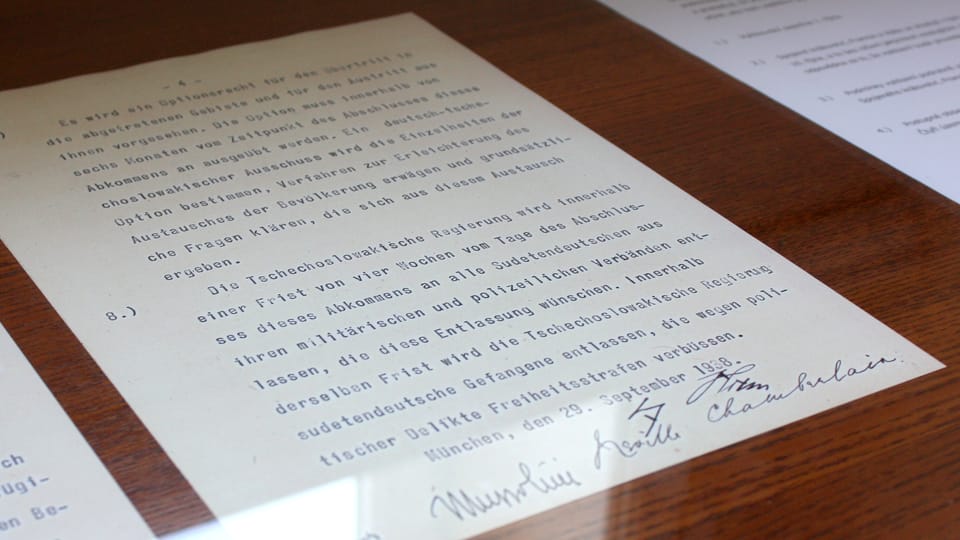