There is an expression about a gnat’s whisker that can easily be applied to the Smrčiny Nature Park area in the far north-west of the Czech Republic. The gnat part is the protruding roughly 20 kilometre long and around 5 kilometre thick section of western Bohemia stretching from the towns of Aš to the town of Hranice. The gnat’s whisker is a tiny enclave found at the very end of this section, a few kilometres west of Hranice, which is about two kilometres long, and at its narrowest part only around three-hundred metres thick. On one side is the German state of Saxony and on the other Bavaria. 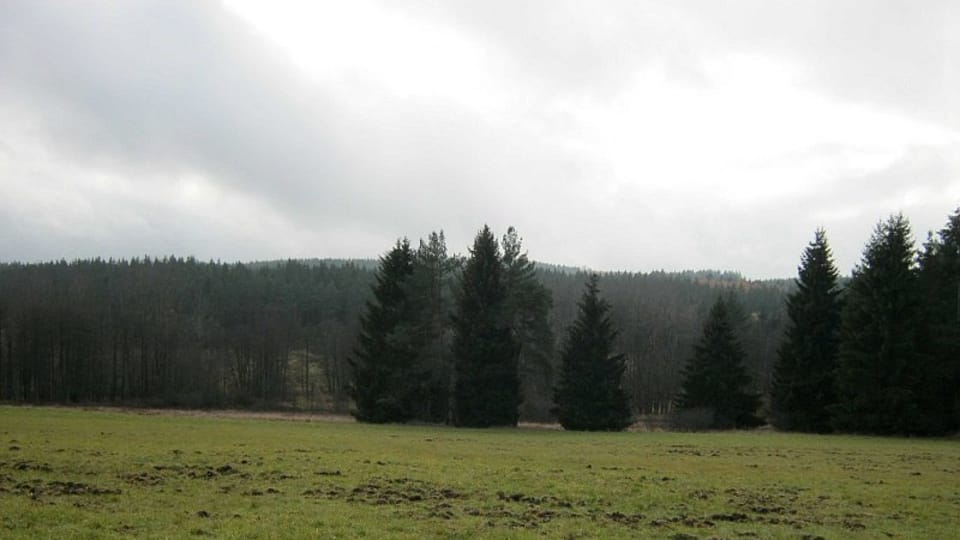 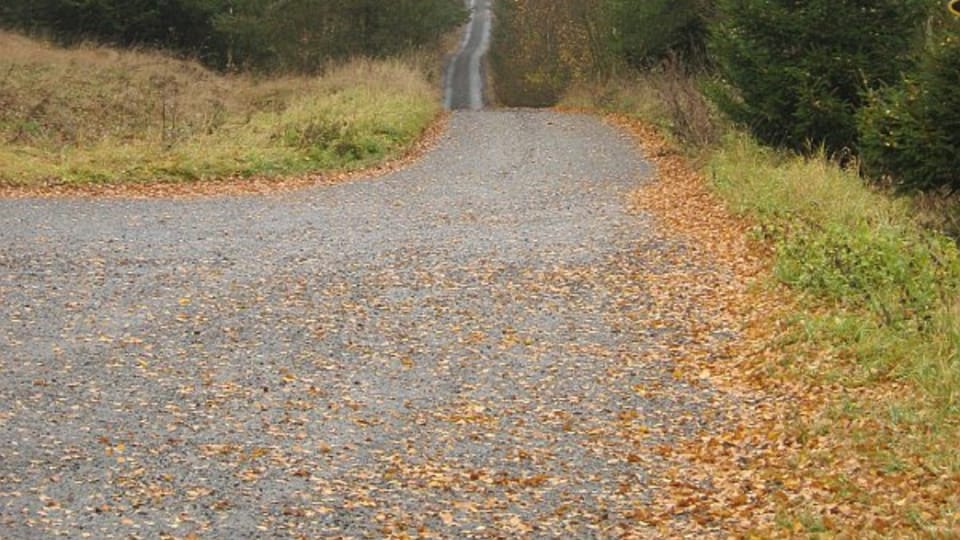 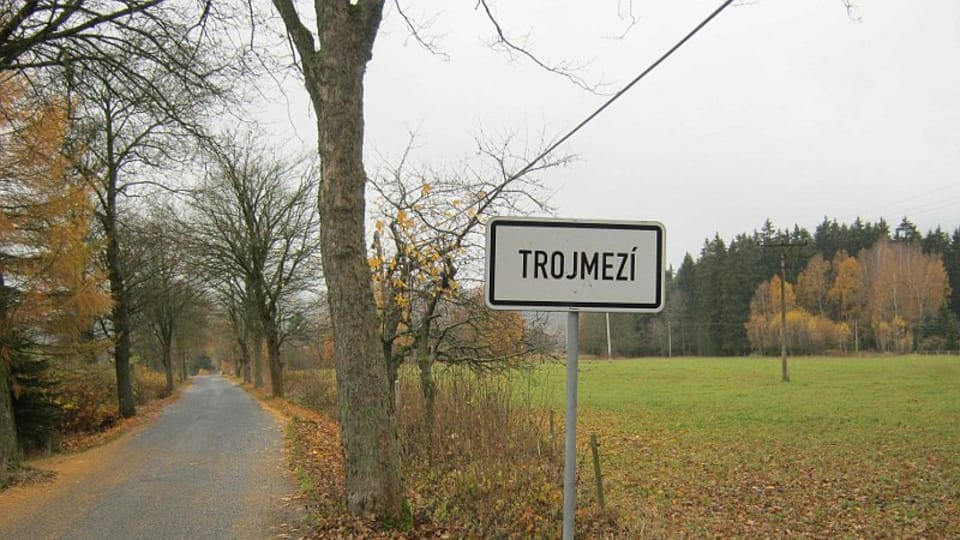 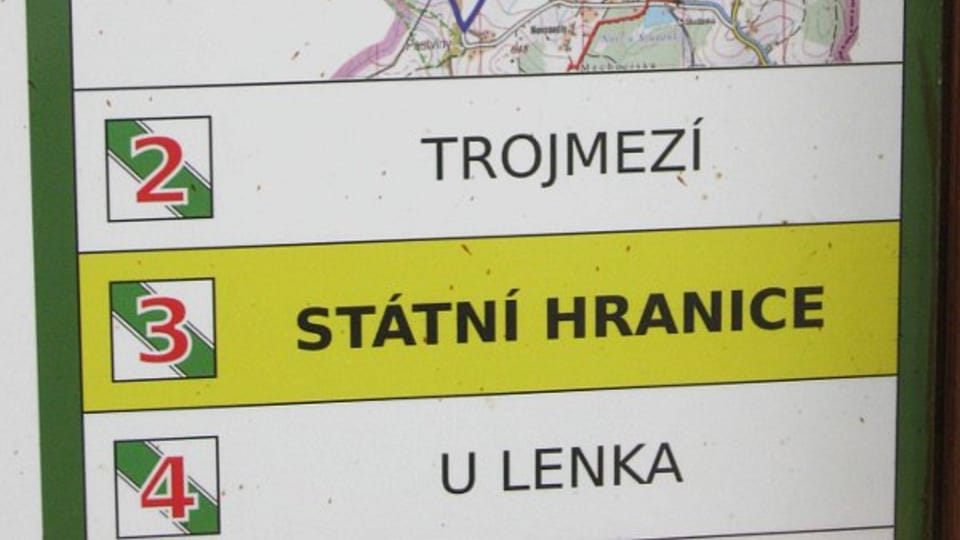 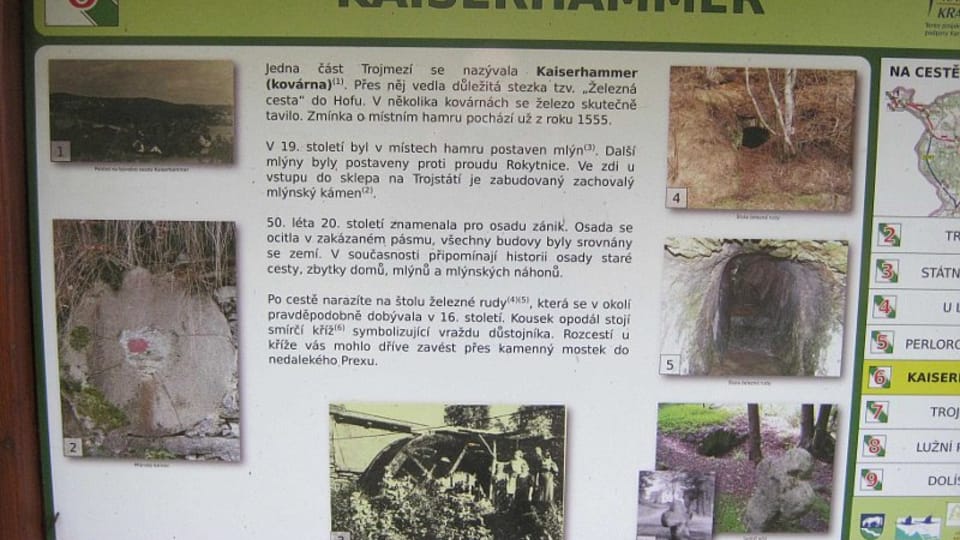 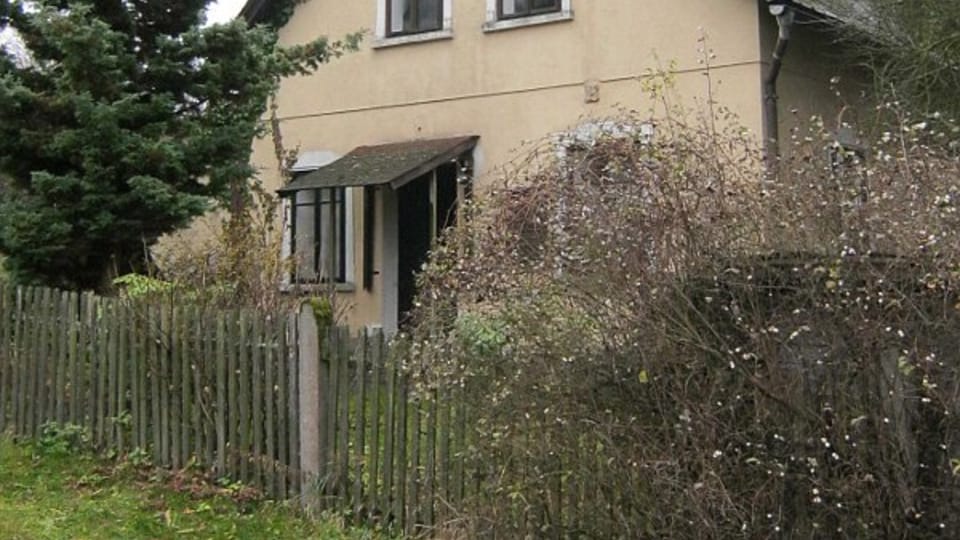 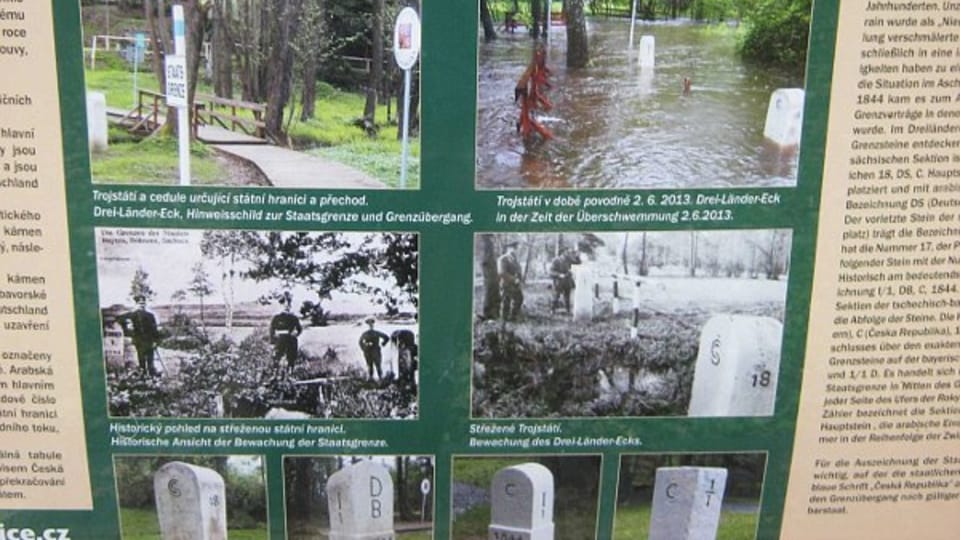 The nearby small town of Hranice is visibly still recovering from the troubles it endured during the 20th century. New signs in German underscore a key economic lifeline for this community – over-the-border shopping. Many houses are still derelict, old factories crumbling. After the expulsion of its German inhabitants, new arrivals were settled here from places including Slovakia, Romania and Carpathian Ruthenia. I entered the Smrčiny enclave walking west from Hranice via the small village of Trojmezí (meaning tripoint, formerly known as Gottmannsgrün), which was once home to more than 800 inhabitants; today, it is home to less than 40. During the 1950s, the village and area to the west of it was largely evacuated, homes levelled to the ground. Given that only a few hundred metres separated East and West Germany inside the Smrčiny enclave, an inner Iron Curtain border fence was constructed outside this zone in a straight line V-shape pointing in the opposite direction. The entire area was then off limits to anyone other than the military and border guards. The village of Kaiserhammer (or Císařský Hamr), deep inside this enclave was obliterated.

Today, part of the V-shaped inner border fence has been turned into a bicycle path. It’s eerie to walk along this dead straight line carved into the forest, and to think that being here thirty years ago would have meant being arrested or even shot. Entering the former forbidden zone, the contours of this hilly enclave began to make greater sense than they do from looking at a map. It’s a geomorphologic area consisting of two hills. Iron ore used to be mined here as far back as the 16th century. Hence the name of the surrounding Krušné hory (Ore Mountains). Today the area has been transformed into a park. Traces of the some of the former buildings are still visible – the remains of mills and iron ore adits, or mining entrances.

As I walked deeper in, past the narrowest point, the national border on all sides became more evident. To the right, up a slight incline, the former East Germany. To the left, through often patchy areas of marshy woodland, the former off-limits West. Border stones trace out the path, with a “C” on the Czech side and a “DB” or “DS” on the German side (for Deutschland Sachsen and Deutschland Bayern). Although effectively meaningless today, the Czech border is still punctuated by white signs with red lettering warning “POZOR! Státní Hranice”, or “Warning! National border”.

At the end of the enclave is the tripoint, where a new tourist area has been built featuring wooden bridges across the marshy border – which floods easily during heavy rains, as evidenced by photographs showing the place underwater in 2013 – and also seating areas and various signage panels detailing the unique history of this location, and even featuring crosswords and Sudoku puzzles. I learned that this was the first place in Czechoslovakia to be liberated by American troops on 18 April, 1945. I could find no trace of the former border between East and West Germany. The place was eerily quiet and empty save for a German couple on a day trip going in the opposite direction. This unique area of the Czech Republic is well worth a visit, not just for the lush forests and beautiful uplands, but also for a fascinating glimpse into the Czech past, present and future.