With caricatures at the centre of attention and debate these days, the opening of a new exhibition in Prague's Stone Bell House has turned out to be most timely. Inspired by the popularity of a show last year devoted to Adolf Hoffmeister's long career, the City Gallery in Prague and the National Gallery have designed an exhibition featuring Czech caricature art from 1900 - 1950.

'The past has its mosaics, its frescoes, its panel paintings; today and tomorrow has the poster, the postcard, the caricature and the cartoon.' When Karel Teige, the leader of the famous Czech group of artists, Devetsil, wrote these words in 1922 he could have hardly imagined how relevant they would be in 2006, given the recent international controversies over cartoons of the Prophet Mohammed.

Radio Prague spoke to Ondrej Chrobak, one of the exhibit's curators, about whether there is a common theme in Czech caricature during the first half of the twentieth century.

"Caricature itself returns to certain themes, it has its favourite moments and many clichés that reappear. But these fifty years represent such a varied and dramatic time—politically and artistically—that it's impossible to speak about only one style, or a running theme. But for example, Karel Kramar, who was Czechoslovakia's first prime minister after 1918, was featured in caricatures from the time he first entered politics in the late 1880s, until his death in 1937. Without exception, all caricature artists tried to portray Kramar at least once."

One of the larger components of the exhibit is a section entitled "Laughter in the First Republic," where the works of influential artists like Antonin Pelc, Frantisek Bidlo, and Zdenek Kratochvil reflect the rivalry between contemporary political parties, and other popular themes like censorship, police surveillance, bureaucracy and religion. Ondrej Chrobak explains why religion and the church were popular subjects for caricature artists.

"For authors like Frantisek Kupka who sympathized with the radical left from the beginning of the 20th century, the role of the church as an institution was the primary target, rather than religion itself. One of the most frequent themes involved depictions of the church using religion as a means to control people. The church was seen as the main opponent of the Left and the communists, so this was an important trend. But religion itself wasn't attacked directly. Usually it was the church that was accused of influencing the masses, of manipulating people using religion."

Interestingly, of the over 280 images on display, the vast majority are by left-wing artists whose work has survived in excellent condition because it was favoured by the Communist regime. Also interesting are the fates of many of the artists. Tomas Winter, another curator, describes the influence of Czech caricature artists in English-speaking countries.

"The most important exhibit that took place in the first half of the 20th century was one featuring Antonin Pelc and Adolf Hoffmeister at the Museum of Modern Art in New York in 1943. Otherwise, the Prague-born Walter Trier who left in 1909 to study in Munich was in London after 1936 and his caricatures ran in local London magazines. His work caught the attention of American producer, Walter Disney, but Trier eventually refused Disney's offer of employment. Another example is Zdenek Kolarik, who drew for the Army Newspaper in Great Britain, but from an artistic point-of-view his caricatures are not of the same quality as Hoffmeister's, Pelc's, and even Trier's work."

The exhibition is on at the House of the Stone Bell until May 7. 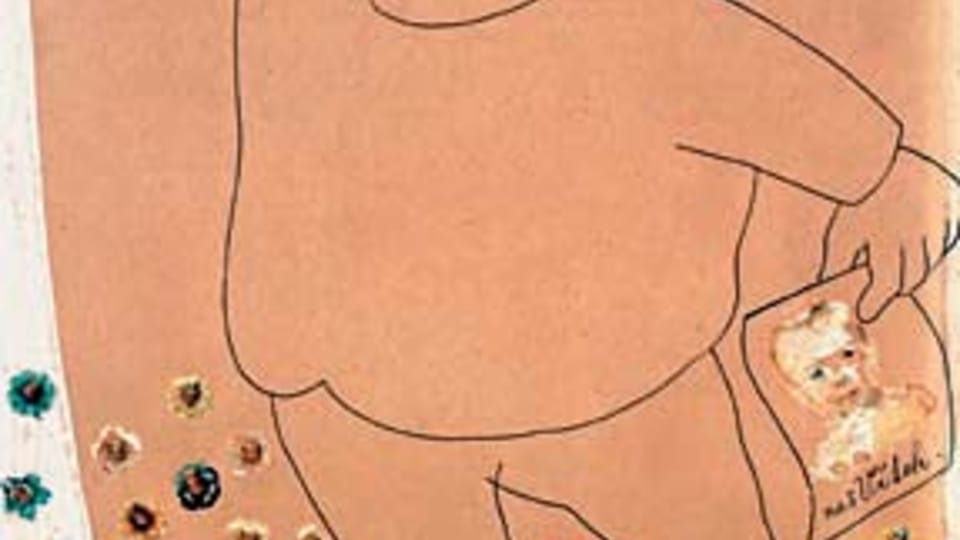