Kintera: I like when visitors are part of the game

Kintera: I like when visitors are part of the game

Krištof Kintera, photo: CTK
A pyramid comprising real washing machines whirs, trees with globe heads have shaking fits and a huge jukebox allows visitors to shape the ambience. All this and much more features in a major new – free – exhibition by top Czech sculptor Krištof Kintera at Prague’s Galerie Rudolfinum. I caught up with the artist just ahead of the opening of the show, entitled Nervous Trees.

“Of course I like when people are part of the game. They go through the exhibition and they don’t feel just like a viewer, without being a part of it.

“I think the best part in this exhibition in that sense is Public Jukebox, where a person decides which track or sound will be played for another two or three minutes.

“He’s basically a switching moment – it’s his decision what kind of sound we will hear, and he also takes responsibility for the atmosphere. I like that quite a lot.

“Then also being in the laboratory of [exhibit] Postnaturalia I think you lose the feeling you are in a gallery. You feel more like you’re visiting the artist’s studio.”

Are you not concerned that people may take something from your laboratory? There are a lot of small items and people could think, This’ll be nice at home.

“Yes, of course, this will happen. People are people, so that means they steal stuff [laughs].

'Public Jukebox', photo: CTK
“But the pieces that are from collectors are properly screwed down, so you can’t easily take them.”

I wouldn’t even recognise some parts of the Rudolfinum, it’s been so changed by you. Why did you want to impact this classical building so much?

“Because from the point of view of a live artist, not coming from abroad… because these guys, big names like the Chapman brothers or Louise Bourgois or other artists, don’t feel the necessity to comment on where they are exhibiting.

“But for a domestic guy, I know pretty much where I am. It’s a very classical building, and of course it’s in contrast to the lifestyle I am living.

“That means you have to put this question on the table: What the hell are you going to do in this building? And that leads you immediately to a wish and will to turn things slightly upside down.

“Also for me it was very nice to recognise that for a lot of objects the contrast works well.

“For instance, if you exhibited Earthquake Machine, made of 80 washing machines, in some industrial architecture it probably wouldn’t be that nice.

“So the contrast works for the pieces.”

'Earthquake Machine', photo: CTK
Like previous exhibitions of yours that I’ve seen, it’s colourful, it’s noisy, it’s thought-provoking in an entertaining way. It’s very fun to experience – how much fun is it for you producing all this stuff?

“It’s my life! And fortunately it’s a lot of fun.

“I must also add that it’s beyond the capacity of one single artist and we work most of the time in a small collective.

“I’m very proud of being with my friends, and usually we have a lot of fun during the process of doing it.”

Alongside the tower of washing machines and the other big pieces, you have small works which you call kresby, or drawings, which are kind of like posters. What’s the idea behind those?

“I’m pleased that you are calling them posters.

“It’s the first time I’m hearing that point of view, and they are sort of posters, by the scale I am using, which is similar to the scale of a poster, and also by the titles, which I recently started to put on the write directly on the surface of the drawing.

“Before I didn’t do that; usually the title was on the back of the drawing.

“And they are very important to me because they are very instant, in contrary to doing complicated, technical sculptures, when you are devoted to becoming a kind of worker, engineer, whatever. It takes a lot of time to do them.

“But to do these kinds of drawings, it takes sometimes minutes. 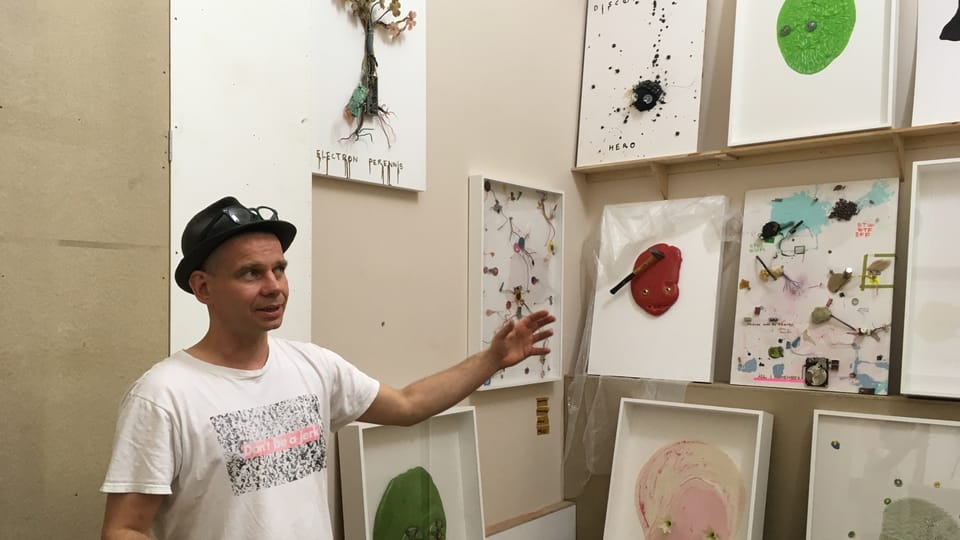 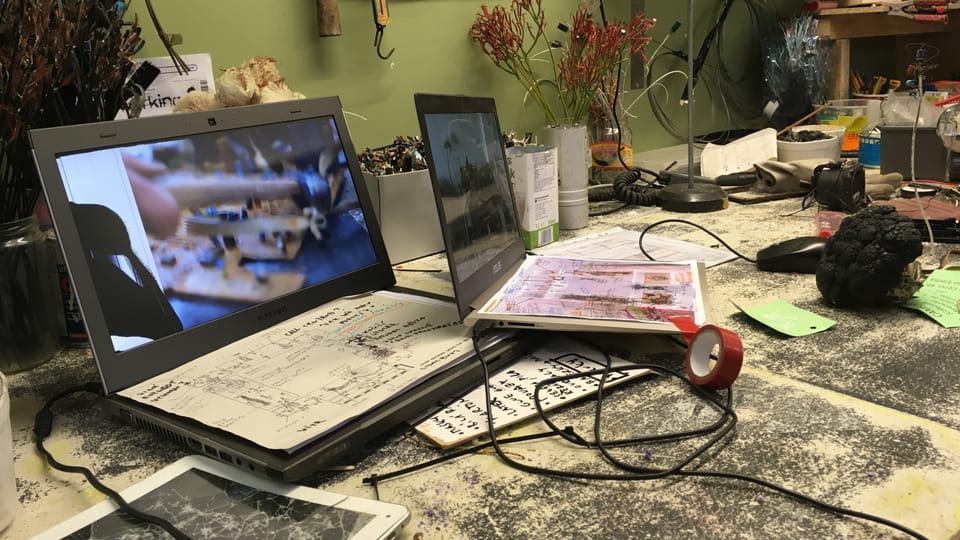 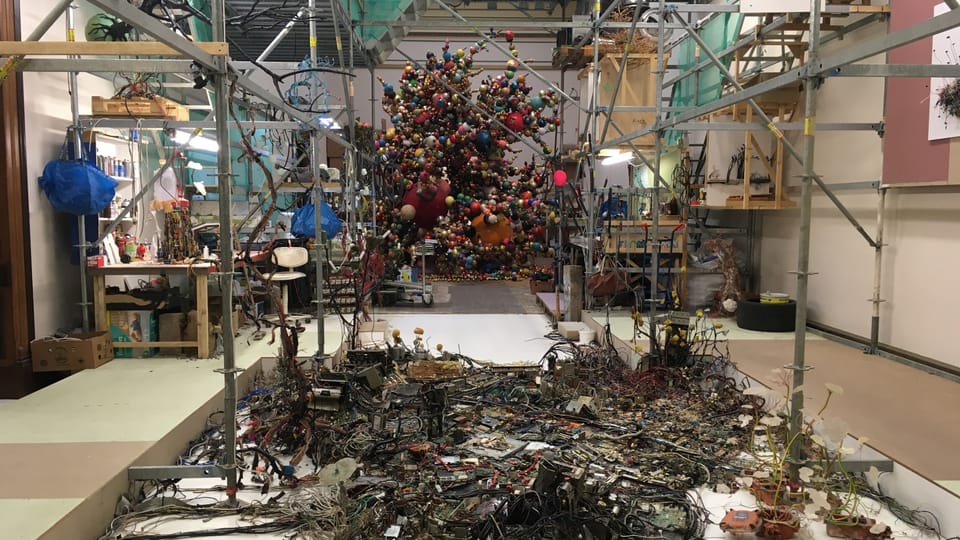