Saturday marks the 70th anniversary of the still murky death of Jan Masaryk. The son of Czechoslovakia’s founder Tomáš Garrigue Masaryk, Jan Masaryk was foreign minister in the Czech government in exile in the UK and retained that post until 10 March 1948, when he was found dead beneath the window of his third-floor apartment at the Foreign Ministry’s Černín Palace.

Jan Masaryk, photo: United States Library of Congress
Some close to the popular and internationally known politician believed that he had jumped to his death, two weeks after the Communist takeover of Czechoslovakia. Masaryk had declined to resign with other democratic politicians in the protest that preceded the Communists’ assumption of total control and there have been suggestions that he hoped to moderate the Soviet-backed party’s intentions, at least temporarily.

Others discounted the suicide reading, insisting that Masaryk had been murdered – a conclusion also reached by a police investigation into the matter carried out after the Velvet Revolution. But if he was killed, who did it? One interpretation is that his murder was the work of ministry officials Jan Bydžovský and František Fryč, who believed they were working for British intelligence but had in fact been duped by the Soviet NKVD.

Ahead of the 70th anniversary of Jan Masaryk’s death I discussed some of those issues with Pavel Šílený of the Ministry of Foreign Affairs.

But first the official showed me around Masaryk’s apartment, which was recreated in the 1990s using period documents.

“Originally it was meant to serve the minister personally. Of course the meeting rooms and the minister’s study were also quite an important part of the apartment.

“The first minister who lived and served here was Kamil Krofta, who served before the second world war.

“During the war probably the most infamous inhabitant here was the so-called Reich Protector Konstantin von Neurath.

“Most probably Jan Masaryk was killed by secret agents. But it’s hard to say to which secret service they belonged.”

“It is hard to say, generally. But concerning Jan Masaryk, he lived here. He spent three years here.

“So yes, we can imagine that during those three years he spent most of his time here in this building.”

What has this apartment been used for since that time, since 1948?

“After the death of Jan Masaryk, the first Communist foreign minister, Vlado Clementis, moved in to this apartment.

“He spent two years here, before his trial [and 1952 execution].

“After him they wanted people to forget what actually happened here, so these rooms were adapted into offices.

“That was until the 1990s when, after the Velvet Revolution, the Ministry adapted the apartment to its original historical state.” 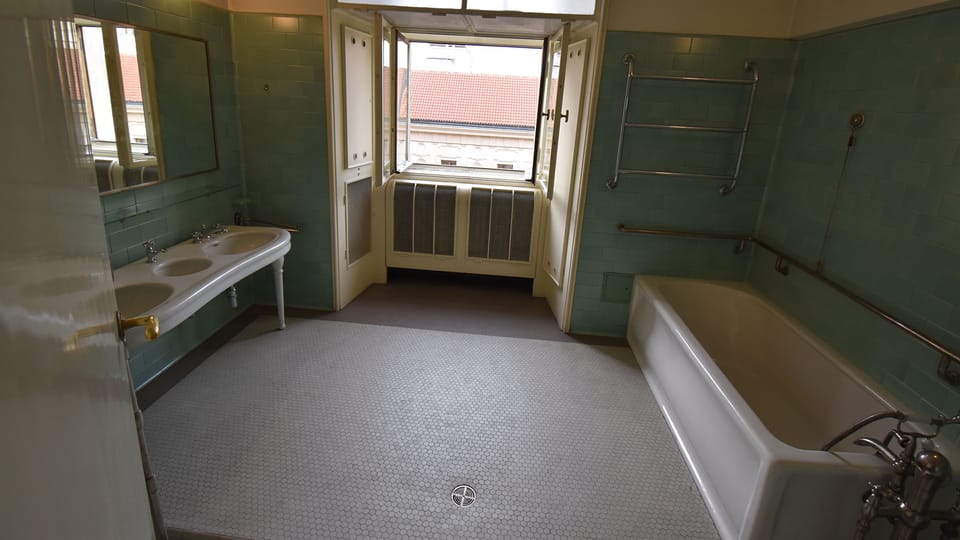 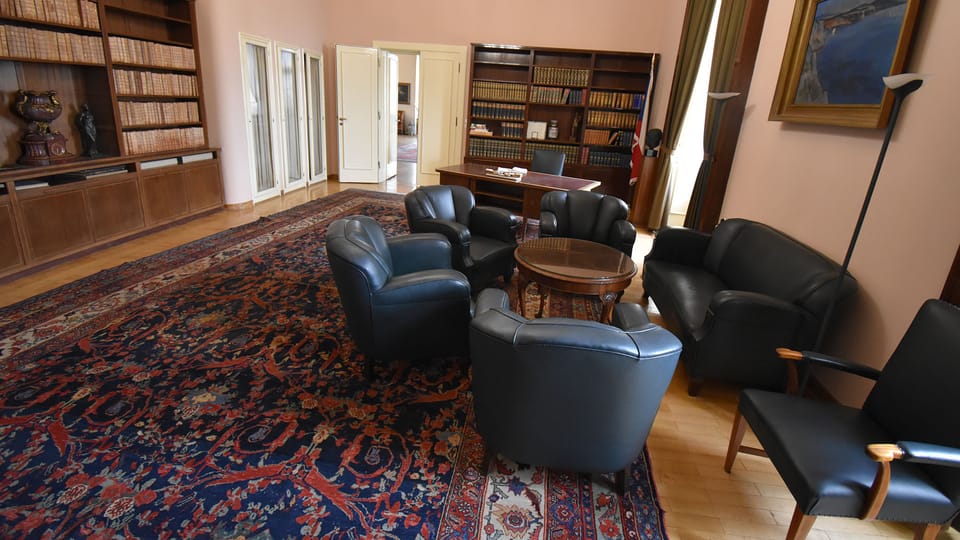 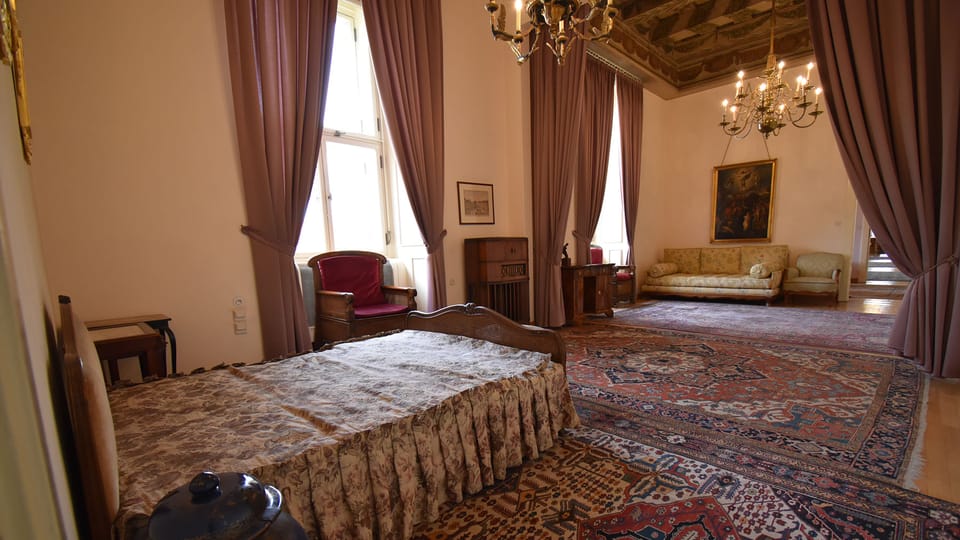 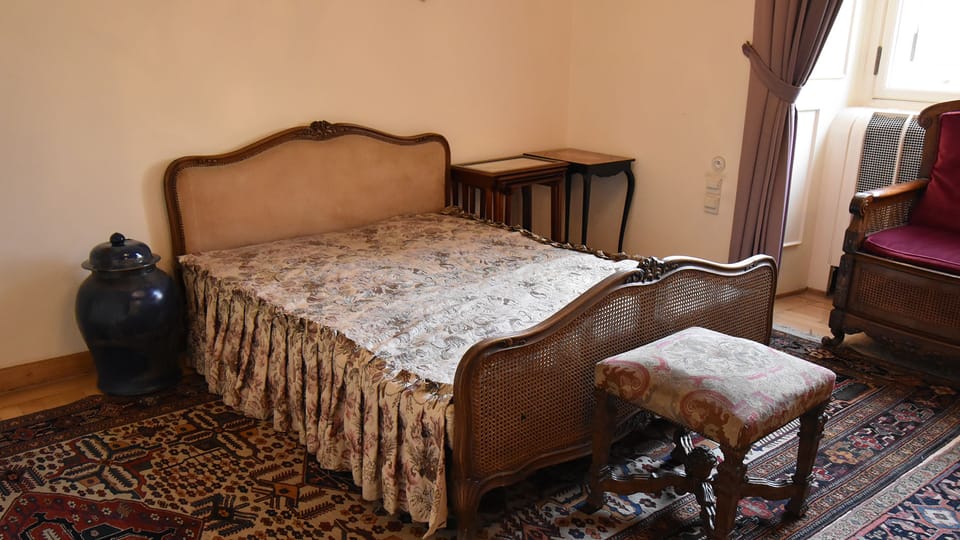 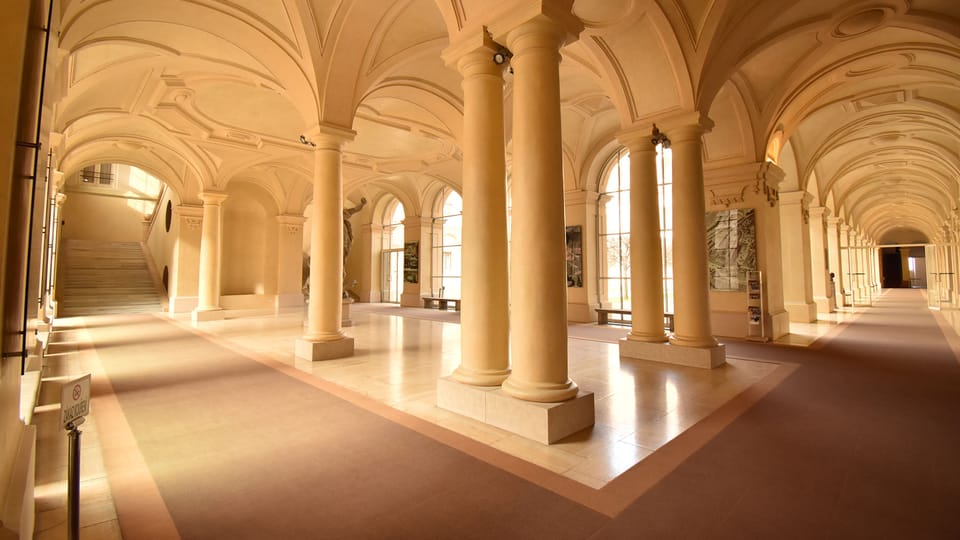 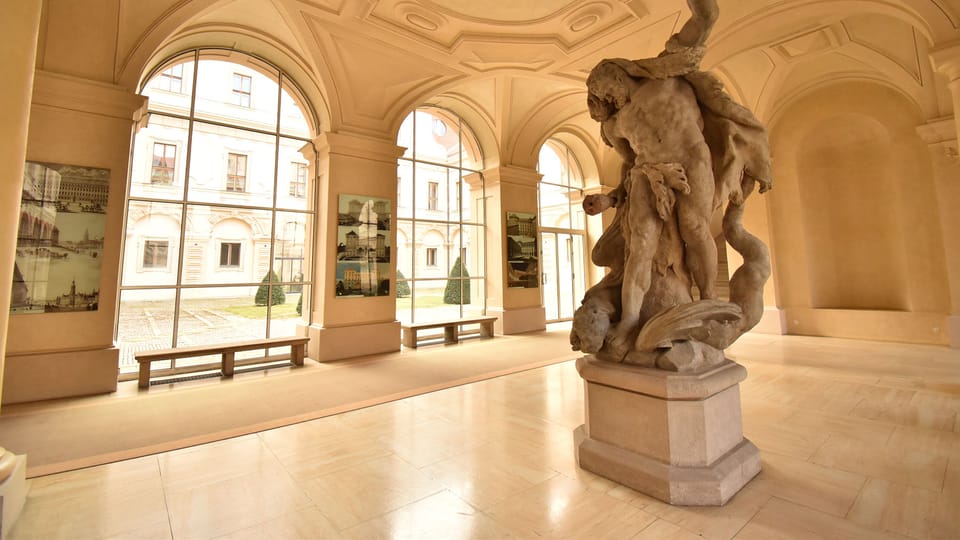 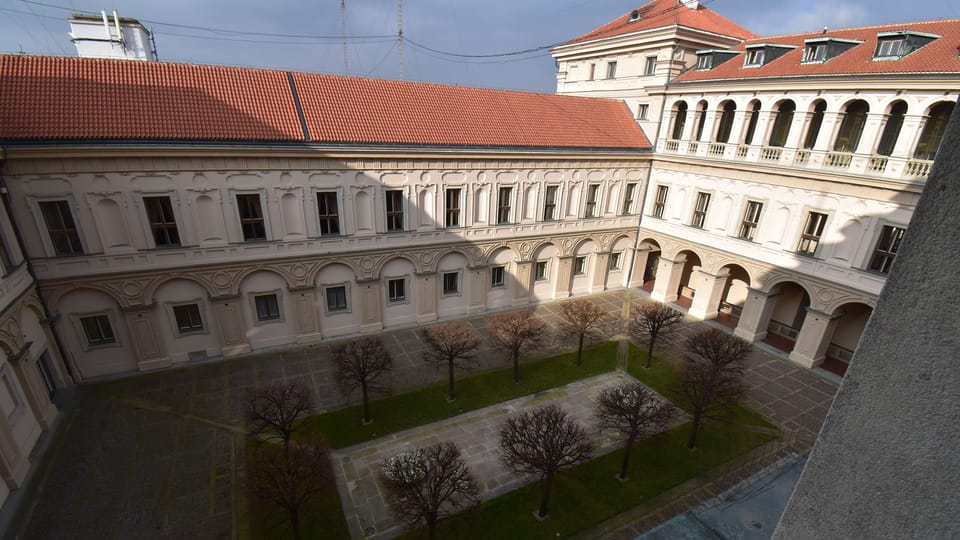 So what we see now is a kind of reconstruction of the flat as it would have looked during the time of Jan Masaryk?

“Exactly. Because a lot of pictures survived in the archives so the Ministry was able to reconstruct this apartment.”

I guess it’s fair to say that Jan Masaryk was more than a normal foreign minister?

“Of course. He was by far the most popular politician of his era, after the second world war.

“Firstly because of his name and secondly, and mostly, because of the speeches he gave on the airwaves of the BBC from London during the war, when he was the exile minister.

“He was under enormous pressure from both sides of the events of February 1948. His situation was unbelievably hard.”

“So yes, he wasn’t just an ordinary foreign minister – he was by far the most politician of his time in the country.”

We’re now in front of the window in which Jan Masaryk famously met his death. Could you describe the scene here?

“We are standing in the bathroom. It’s in the original state from the 1930s and it’s actually where Jan Masaryk was probably killed.

“He was thrown from the window, most probably. That’s actually how the police closed the case: murder.

“Most probably Jan Masaryk was killed by secret agents. But it’s hard to say to which secret service they belonged.

Was it the case then that he was found beneath the window, in the courtyard, the next morning?

“Yes. He was found dead in the night.

“And the following day it was proclaimed in Parliament that he committed suicide.”

Pavel Šílený, photo: Ondřej Tomšů
I was reading that the distance to the ground is 14 metres.

Do you think that supports the suggestion that it was murder not suicide? Because it’s not a height that would be guaranteed to kill you if you did jump.

“Exactly. We should bear in mind that Jan Masaryk was 62. He was, let’s say, quite old.

“His physical strength was not comparable to a young man, so of course 14 or 15 metres could have been enough.

“But a normal person wouldn’t have committed suicide in such a manner.”

“Yes, that’s true. Most of the people who were close to Jan Masaryk believed that he committed suicide because of his mental state.”

So they thought that two weeks after the Communist takeover he was depressed and jumped?

“Not only was he depressed. He was under enormous pressure from both sides of the events of February 1948.

“His situation was unbelievably hard and difficult.”

“For the Communist Party it was probably unacceptable to have somebody who was independent in the position of foreign minister.”

When you say both sides, you meant the Communists and the democrats?

If it was murder, what could the motivations have been for killing Jan Masaryk?

“It’s just speculation, but he decided to stay in the government, to keep his position.

“And for the Communist Party it was probably unacceptable to have somebody who was independent in the position of foreign minister.”

But wasn’t he in a sense supporting them, going along with them? Wouldn’t that have benefitted them?

“That’s true. But in the long-term perspective they just needed to have a Communist minister.”

The Czech police have concluded that it was murder. Who are the main suspects?

Jan Masaryk, Edvard Beneš, photo: Czech Television
“In the police report from 2003 they said that most probably it was committed by secret service agents of the then Soviet Union. So the NKVD.”

So they’re saying that they weren’t Czech but that actual Russian agents came here?

“That’s what the police say.”

I’ve read also that there were two Czechs who were suspected of carrying out the murder: Bydžovský and Fryč.

“Well, they may have been involved but it is hard to imagine that they decided by themselves to do it.”

Why would the Soviets have wanted Masaryk gone? For the same reason you were talking about?

“For the same reason – they probably wanted somebody loyal.”

What was the reaction to the death of Masaryk?

“Among the people there was huge disbelief. And the mourning was a mass demonstration of non-acceptance of what was going on.”

So for some people could it have been seen as another nail in the coffin of democracy in Czechoslovakia?

“A further nail, and the last one maybe. Yes, exactly.”