A new exhibit at the Polish Institute entitled Confrontation 6 features the works of two artists: the Polish painter Maciej Swieszewski, and the Czech sculptor Ivan Tlusty. Visitors will find pieces of what can be described as opposite genres, by artists of the same generation from neighboring countries.

The idea behind the series of 'Confrontation' exhibits is to display the work of artists whose pieces are so different that in a sense, they stop competing for the same space and attention. In other words, a visitor can view the experience as two separate exhibits in the same space.

Prague's Polish Institute is currently hosting Konfrontace 6 featuring the works of Polish painter Maciej Swieszewski, whose works are extremely colourful and somewhat fantastical, and in the same space there are the large wooden sculptures of Czech artist, Ivan Tlusty. I asked Ivan Tlusty how he transports these huge pieces from place to place:

"Well, usually my works stay where they were last displayed because I usually don't have enough strength, or money, to transport the pieces elsewhere. The pieces are typically very big—you could climb inside them easily! The one we're looking at is made of maple, and otherwise I also like to work with wood from elm trees. All the woods I work with are hard, so they're also quite heavy. That means everything has to be assembled and secured, because all together a piece can weigh two tons. There's always some poor soul who helps me re-assemble the pieces when I go to exhibit them." 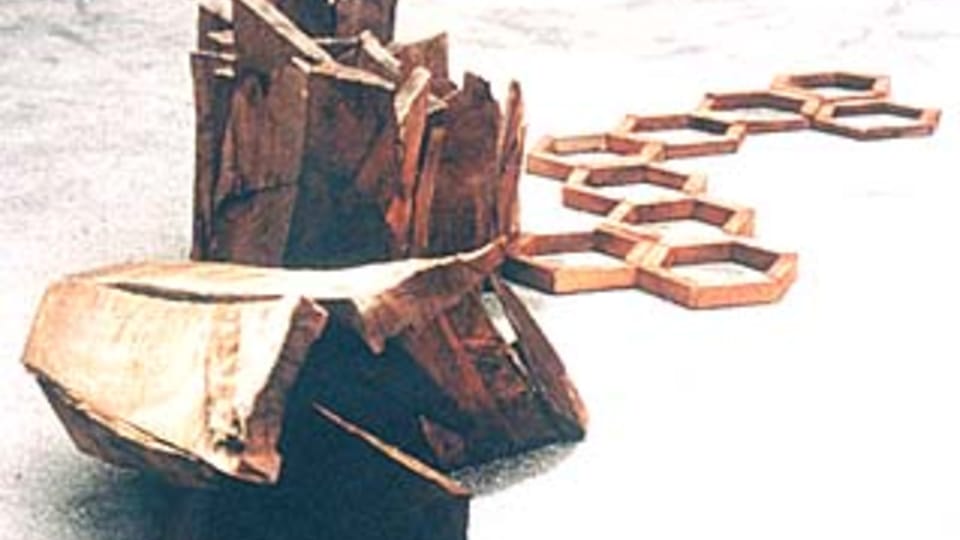 At the exhibit opening, a photographer named Blanka was among those admiring the works of the two authors. She describes her impressions of Ivan Tlusty's sculptures:

"The works are very massive. It's about two and a half meters tall, combined with metal. He brought it here using a really big truck and he assembled it with metal in this space because it's impossible to bring it here as one piece."

It sounds as though you know something about Ivan Tlusty's work. Could you describe him as an artist?

"Yes, I've been interested in his work because one man told me something about him, and Mr. Tlusty collaborates with the sculptor Magdalena Jetelova, who is very famous. They collaborated on some projects in Germany, and then Mr. Tlusty started to work on some of his own, separate pieces. Really, I think that it's very interesting to see the works in such a Gothic space here in the Polish Institute, which has a very interesting space. It's divided into two parts: an open-air space where there is a tree, and then such a typical Gothic space on the inside, with installed paintings that are really interesting—oil and some graphic paintings as well, so together it makes for a nice feeling. I recommend it." 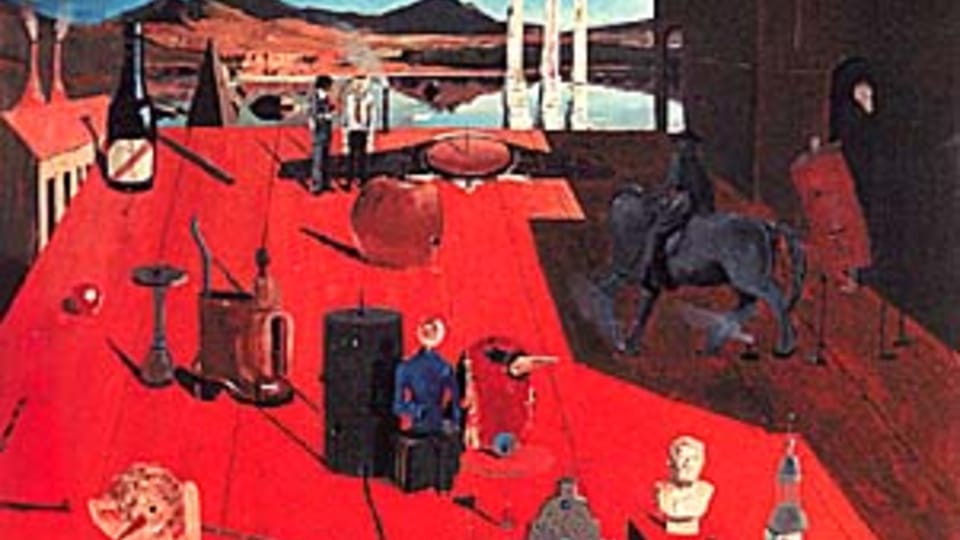 Konfrontace 6 is on exhibit at the Polish Institute in Prague 1 until October 20th.