“It means a lot – our ticket sales were zero for two months”: Operator welcomes reopening of cinemas

“It means a lot – our ticket sales were zero for two months”: Operator welcomes reopening of cinemas

Among the many businesses and organisations allowed to reopen in the Czech Republic on Monday have been cinemas. Strict restrictions aimed at curbing Covid-19 are in place, leading some movie theatres to remain closed for now. But other operators, and filmmakers, have welcomed the change.

Photo: Alžběta Ruschková
Two months after they were closed throughout the country as part of a general lockdown to contain the coronavirus, viewers have been able to return to Czech cinemas on Monday.

Restrictions have been imposed, including seating with social distancing and – as with other venues – maximum attendance of 100. For this reason, some movie theatres have decided to reopen at a later date.

However, among those that have welcomed viewers back are the Prague arthouse network of Aero, Světozor and Oko, headed by Ivo Andrle.

“Even though there are many restrictions proposed by the government that we have to follow, so it’s not 100 percent satisfying for us, it’s still what we’ve missed the most: showing films.

“And economically it also means a lot, because in terms of cinema ticket sales we were basically on zero for two months, like everyone else. So we are also looking forward to refreshing this revenue stream.”

Andrle concedes it may take some time for people to feel comfortable visiting a screening hall once again – but says the signs are positive from his perspective.

Ivo Andrle, photo: YouTube
“We announced our programming already a week ago and started selling tickets.

“And from the numbers we see, we are slightly positive, because tickets started selling quite fast.

“So what we learned is that there is a certain part of society that is keen on returning to cinemas as soon as possible and we hope that if these people’s experience will be OK, then bigger and bigger crowds will be attracted and start showing up in cinemas.”

Among those particularly excited about “kinos” reopening are the makers of Caught in the Net. It drew 340,000 viewers to cinemas – a Czech record for a documentary – in the fortnight before the lockdown was declared.

Pavla Klimešová is one of the producers of Caught in the Net, which explores the online abuse of children.

“I think we had a great start in the cinema. 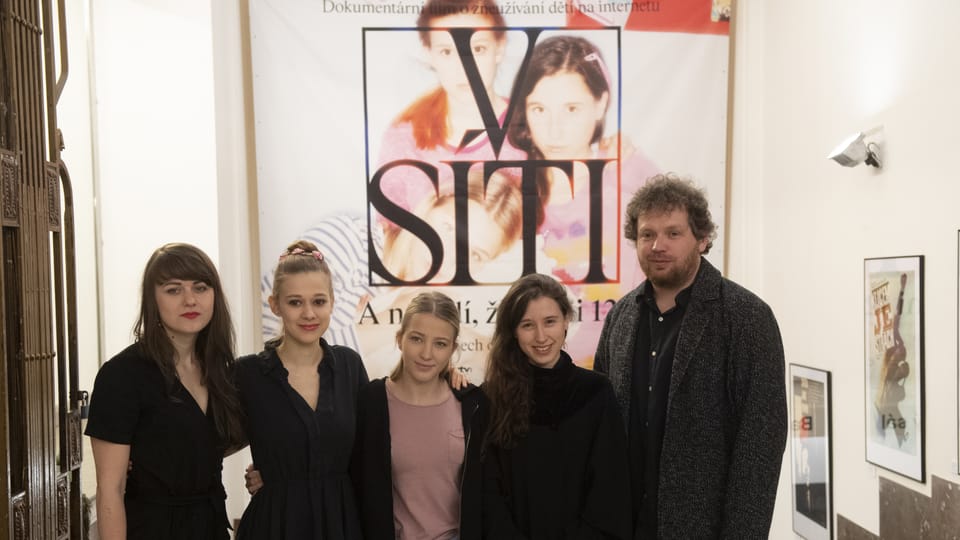 “Talk about this topic opened up in society but because of the Covid-19 pandemic it suddenly disappeared, because we started to talk about something else.

“So I’m afraid we lost a little bit of this momentum.

“But I think we can still get it back on track, because child abuse online is actually more problematic now, when kids are locked inside their houses, than it was in the past.”

Despite demand, its makers couldn’t put Caught in the Net itself on the internet recently, because of commitments to partners.

Among those who did capitalise on the hunger for online films was Ivo Andrle’s Aerofilms, whose Aerovod streaming service has enjoyed success during the lockdown.

There is a debate over whether the Covid-19 situation will result in people quitting cinemas for home viewing, but Andrle says the issue is not a new one.

“First of all, yes, people probably in a much larger portion learned how to do both legal and illegal film watching at home.

“At the same time it’s been here before and we don’t see home entertainment, or watching films at home, as a first and major direct substitution for cinema-going.

“Cinema-going is rather a social experience, and you can compete with theatres, with basically going out for a drink or a trip.

“Staying at home and watching a movie is another thing.”