Hundreds back Czech “annexation of Kaliningrad” at Russian Embassy

A parody event backing the “annexation” of Kaliningrad to Czechia was held outside Russia’s embassy in Prague on Monday.

Around 200 people took part in Monday evening’s event, which was entitled Make Královec Czech Again. Královec is the Czech name for Kaliningrad, a Russian exclave between Lithuania and Poland.

There is a historical connection: The city (known until 1946 as Königsberg) was founded in the 13th century in honour of a Bohemian king, Přemysl Otakar II.

A flood of Czech internet memes began claiming the territory as Czechia’s in the wake of Moscow’s recent unlawful annexation of areas of Ukraine in rigged “votes”.

The humorous idea has since made international headlines. 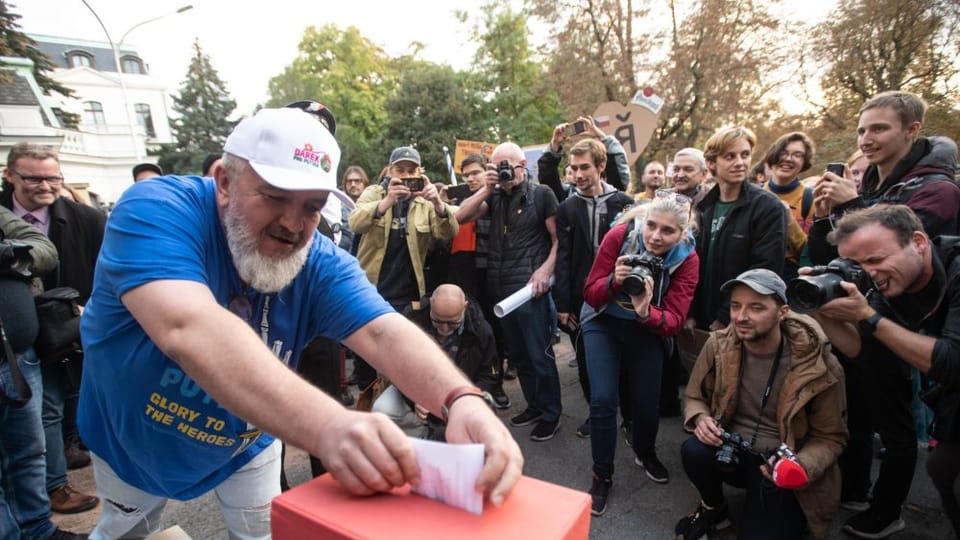 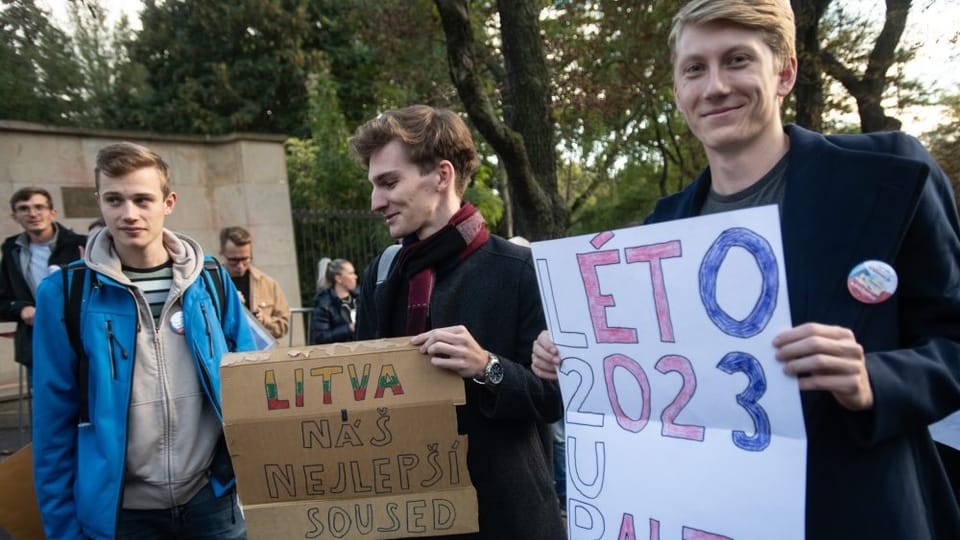 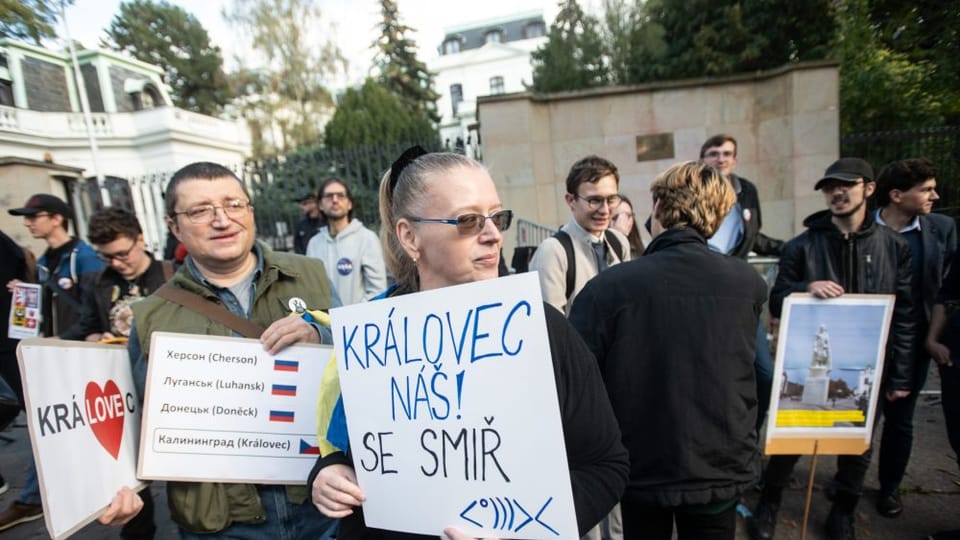 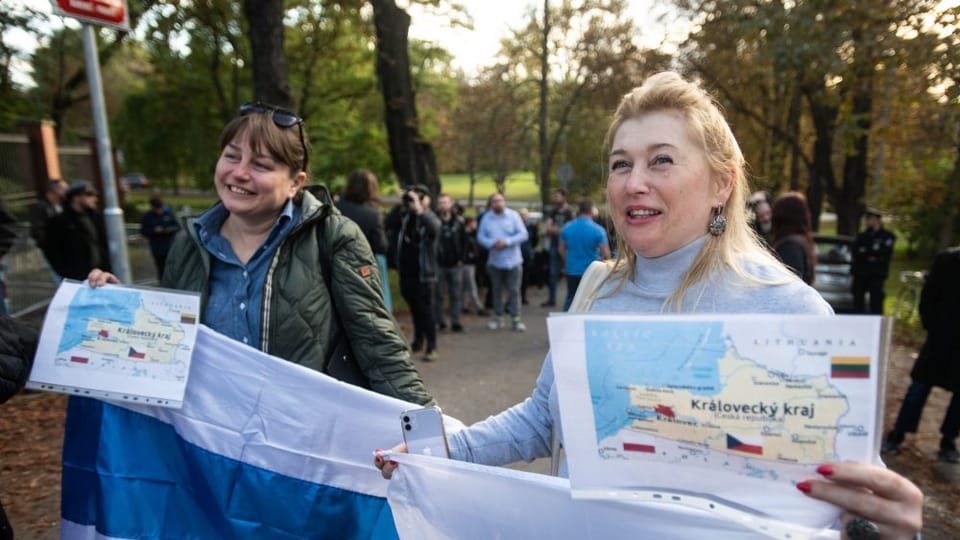 An “official” Královec Twitter account (86,000 followers) says that “after a successful referendum, 97.9% of Kaliningrad residents decided to merge with the Czech Republic and rename Kaliningrad to Královec.”

Czech meme scene calls for return of Kaliningrad to Czechia

Nevertheless the organisers of Monday’s parody meeting also held a “referendum”, saying they would inform the Russian Embassy of the result (which naturally should be at least 90 percent pro) at a later date.

The event celebrating the “15th region” of Czechia began with a rendition of the country’s national anthem. Many participants carried placards and some wore colourful costumes

Over CZK 100,000 was gathered in a collection held at the gathering by the project Dárek pro Putin, which raises money to help Ukraine repel the Russians.