Les Královstí or Forest Kingdom reservoir was built on the Elbe River in 1920, taking its name from an old border forest that runs along its left bank. Due to its unique architectural design, it has become a popular tourist destination.

The construction of the waterworks was triggered by the extensive floods that often plagued the region at the foothills of the Krkonoše or Giant Mountains. The most devastating one came on July 29, 1897, hitting two thirds of Bohemia, part of Moravia and Silesia, as well as part of Austria and Germany. The rising torrents of the Elbe and the Úpa Rivers damaged many villages in the Giant Mountains, killing 102 people.

In response to the disaster, the central government of the Austro-Hungarian Empire decided to regulate the waterways in the Czech lands and initiated the construction of two valley dams in the upper reaches of the Elbe. One of the dams was built at Krausovy Budy below Špindlerův mlýn and the other above Dvůr Králové in Těšnov.

The construction of the Forest Kingdom reservoir, also known as the Těšnovská dam or Bílá Třemešné dam, began in 1910 on the basis of a project led by Josef Plicka and its cost amounted to 4.7 million Austrian crowns. The dam was completed in 1920 and became the largest water reservoir in what was then Czechoslovakia.

The reservoir is located on the 50th kilometre of the Elbe River. It has an area of about 532 square kilometres and in addition to the Elbe, it also includes its many tributaries. In the event of an emergency, the reservoir can hold up to 9.2 million cubic metres of water.

The dam, including the power plant, has been registered as a permanent national heritage site since 1964. In July 2010, it was also proclaimed a national cultural monument of the Czech Republic. 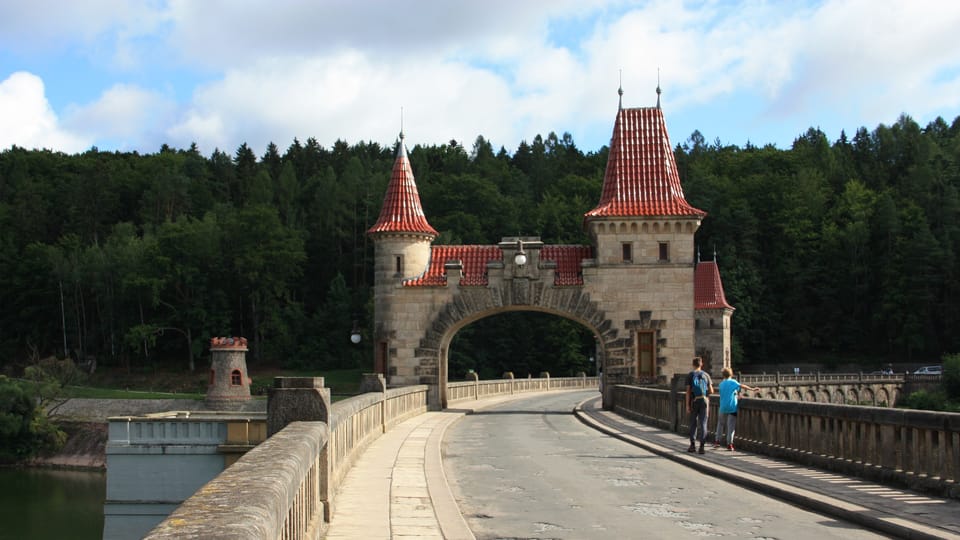 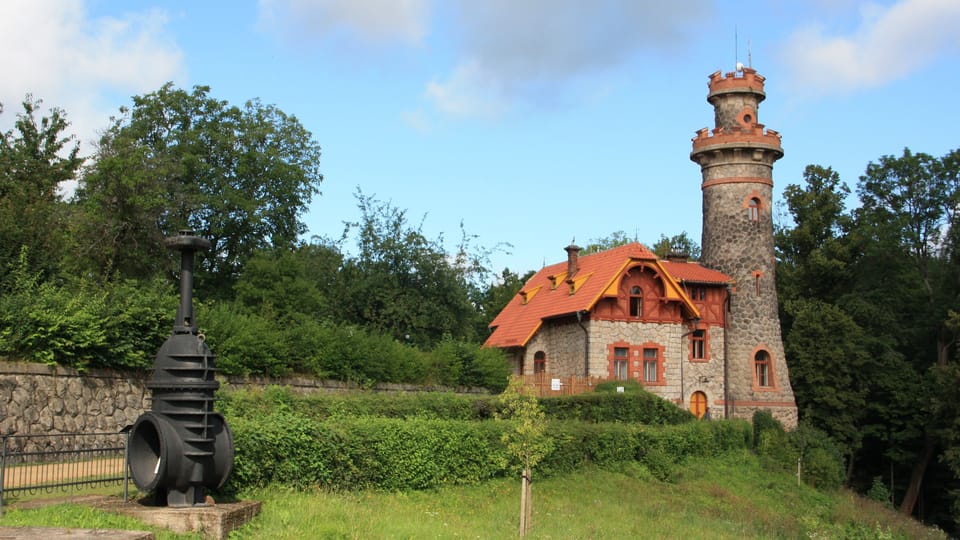 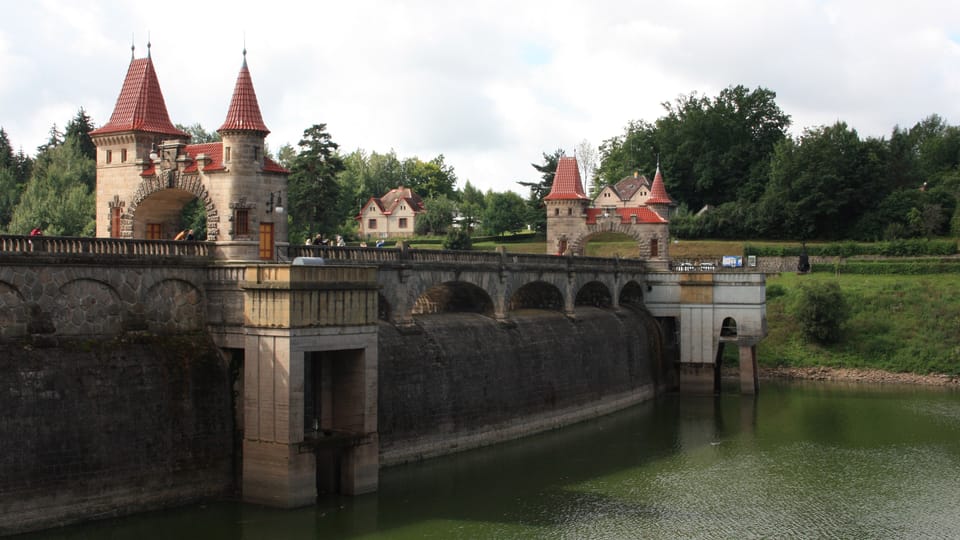 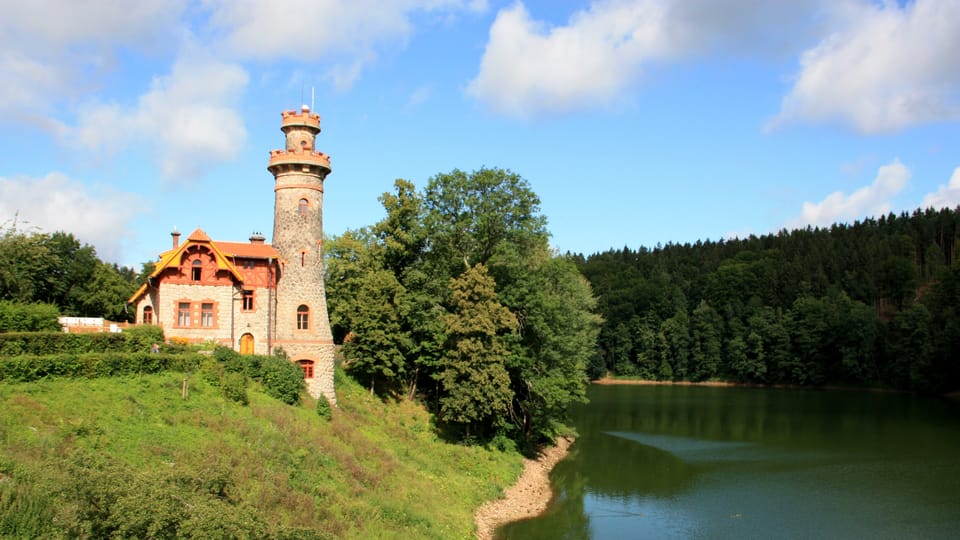 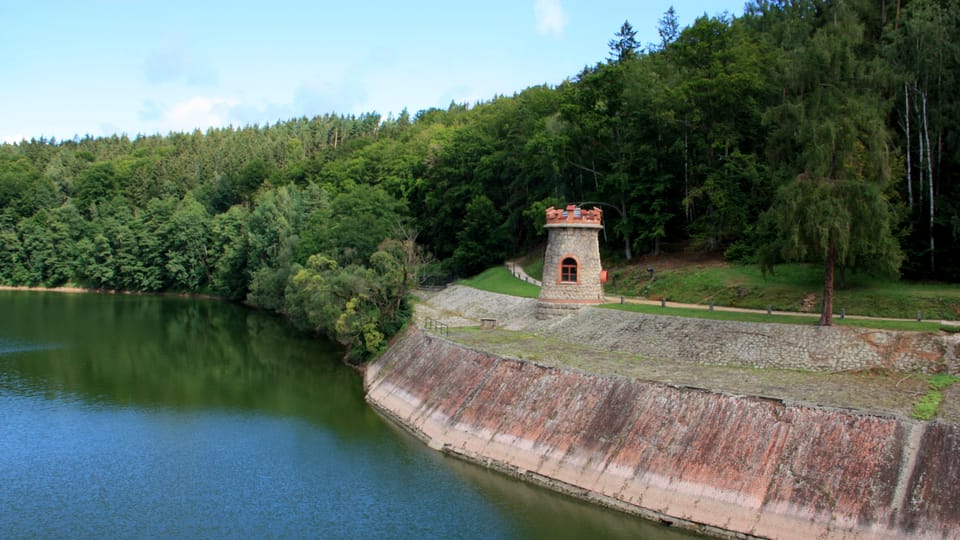 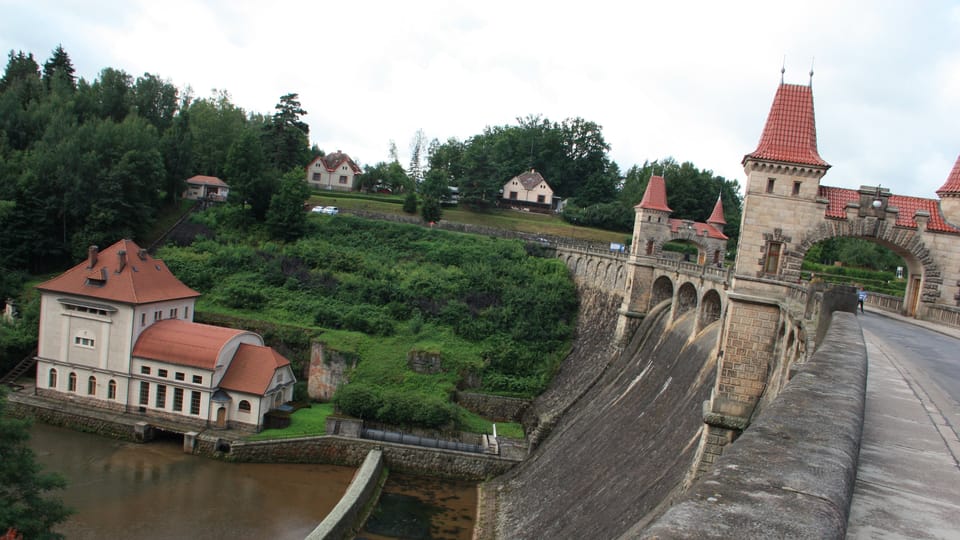 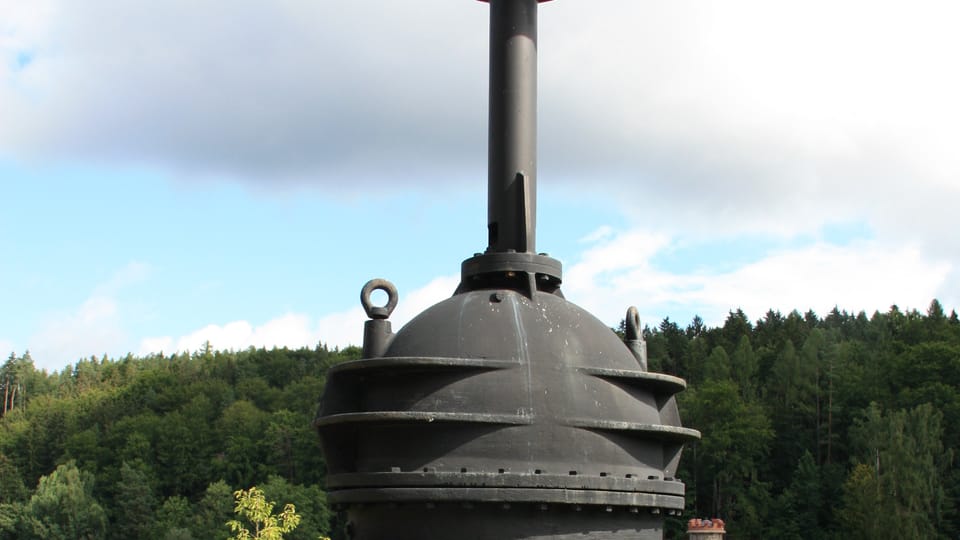