Czech animated films have enjoyed international popularity and acclaim that far outstrips what you might expect from a small country of 10 million people. A current Prague exhibition aims to show the public that Czech animation is still alive and well and to popularize it, especially among the younger generation.

Czech animation has a long history going back to the 1920s, but its so-called “Golden Age” was between 1945 and 1989, bringing the world beloved TV series such as Bob a Bobek, Pat and Mat, Little Mole, and Maxipes Fik, and films such as Trnka’s The Hand, Barta’s The Pied Piper, and Zeman’s Invention for Destruction, which combines live action with various forms of animation.

At first glance it may seem surprising that the Golden Age of Czech animation almost precisely coincides with the country’s Communist Era, but this can be explained by the fact that during this time, animated films, like all productions, were funded by the state, which meant financing wasn’t a problem and they could be produced in large numbers. On the flip side, of course, films were also censored and certain projects couldn’t be realised at all.

However, světy české animace (Worlds of Czech Animation), an exhibition taking place in Prague’s Holešovice district, wants to show that animation is not just something from the past.

“The aim of our exhibition is to give visitors some insight into Czech animation, but not just as something which is already finished and preserved, i.e. artifacts, pictures, puppets and decorations. We want to show it as something alive, and present the process of animation, the people and professions that take part in it, we want to show them the present and the future as well as the past”, says curator of the exhibition, Jan Bubeníček.

Bubeníček, who was born in 1976 in Prague, is himself an animator and director, working for many years in digital post-production as a 3D animator and later as a trick supervisor, winning a number of awards at home and abroad for his films. He likes to combine classic animation techniques with digital trick techniques and live action.

But animation is more than just film, as Kateřina Riley, one of the exhibition’s organisers, explains.

“I think we have a lot of creative people who are working either on films, or advertisements, or also games. Warhorse Studios, for example, or Amanita Design, they do lots of games, and I think this industry is now much bigger than the film industry.” 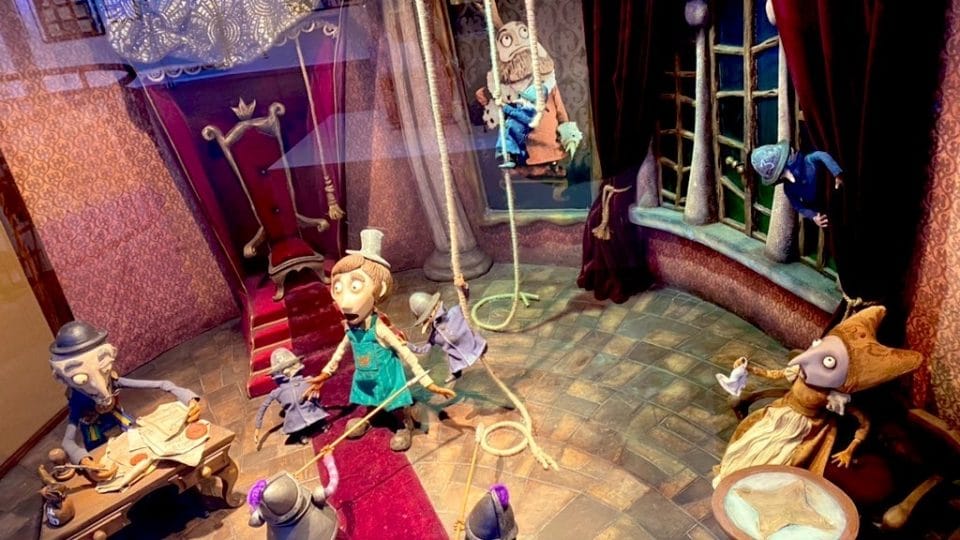 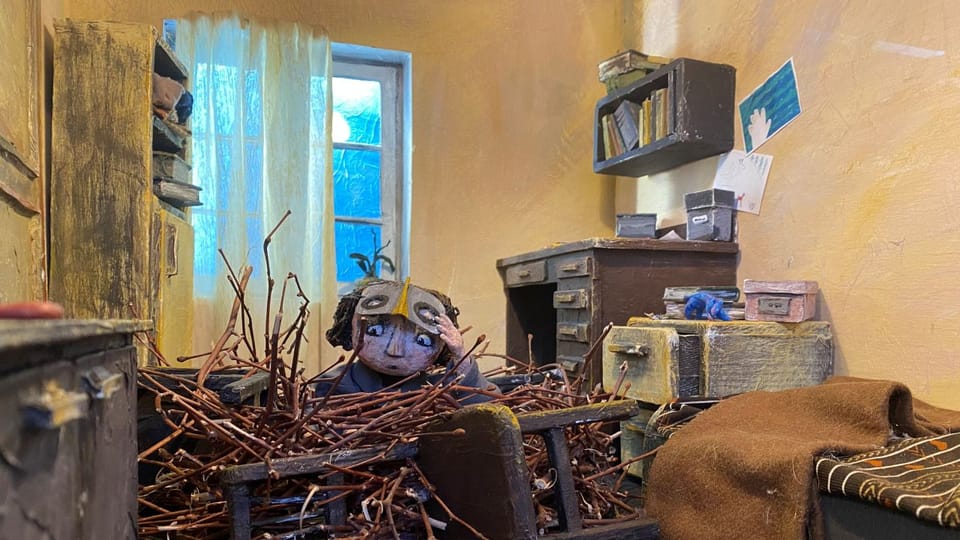 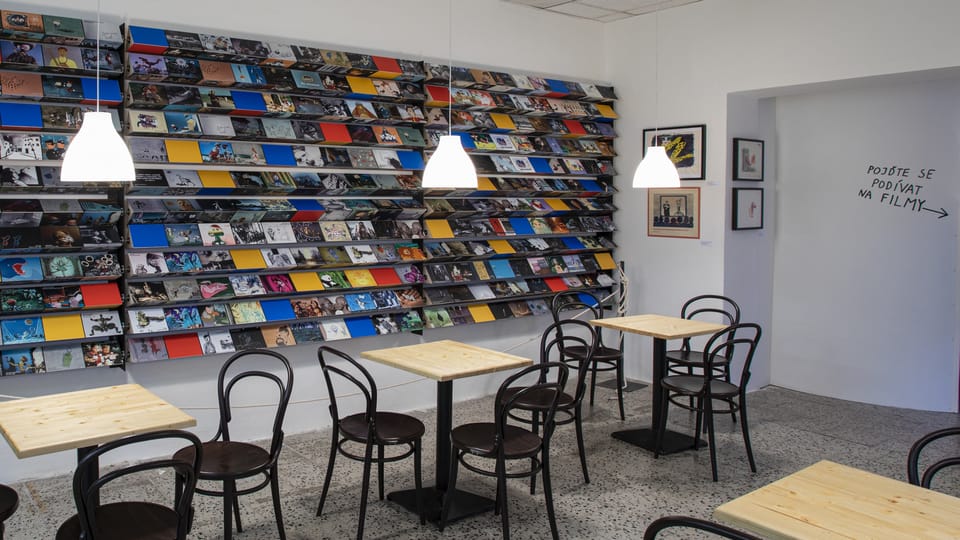 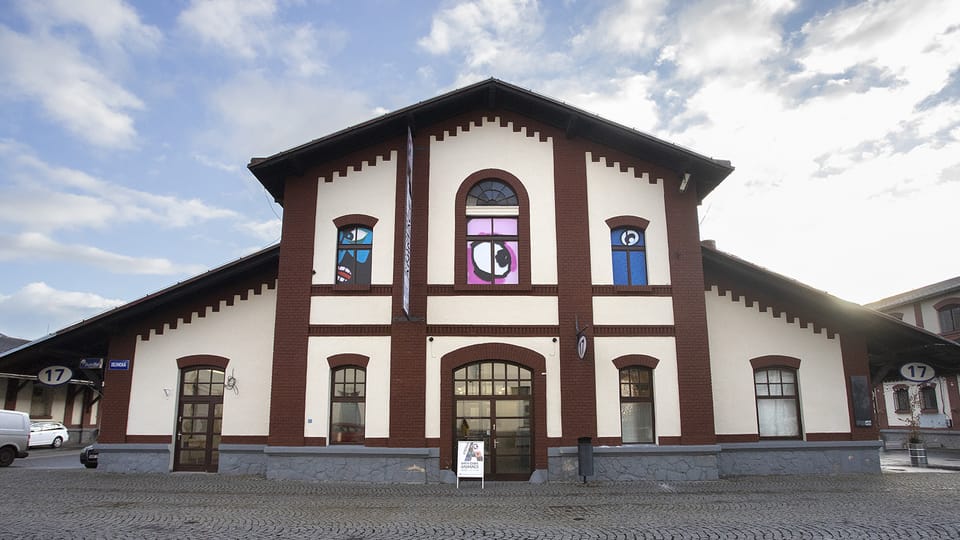 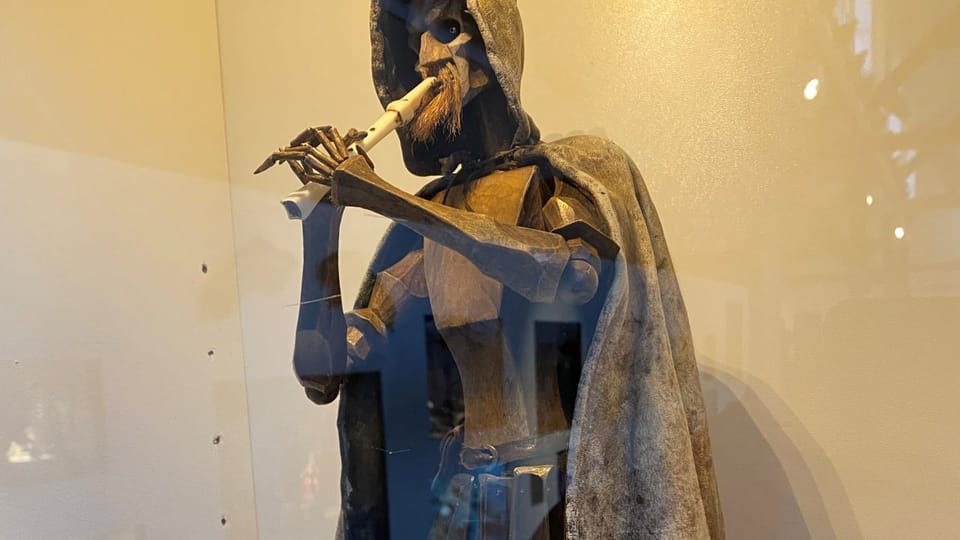 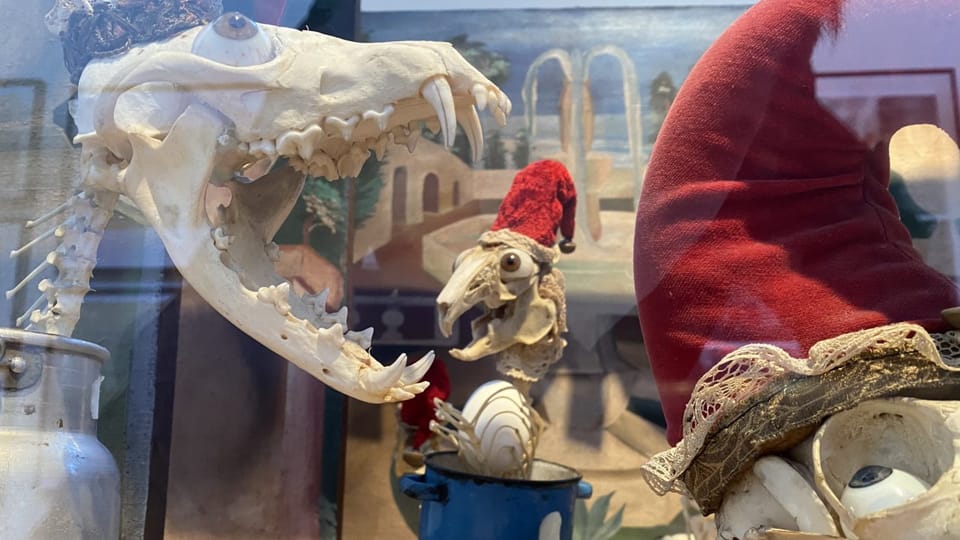 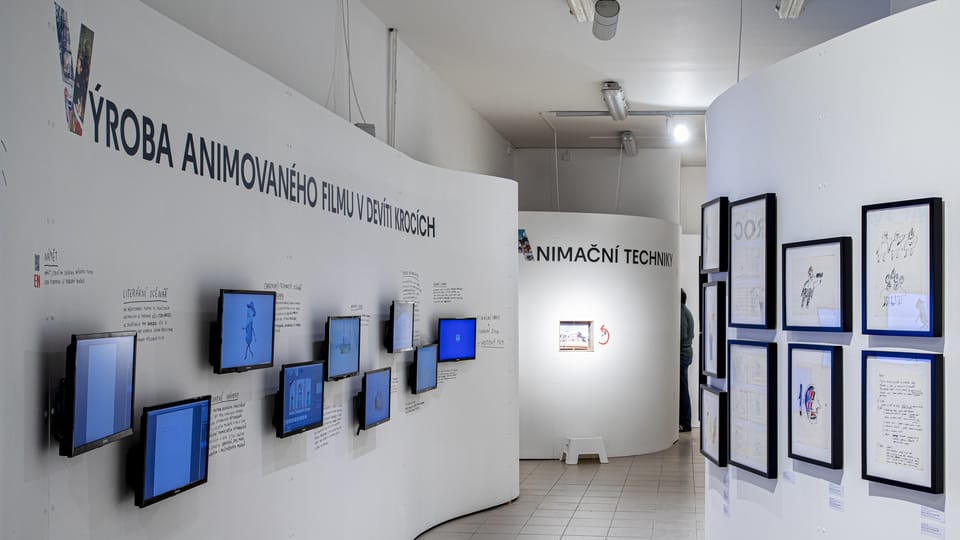 The venue itself is a light, pleasant, airy space with gleaming white walls in Hall 17 of Pražská tržnice in Holešovice. The design is charming, with two delightful characters created especially for the exhibition, a pair of gentlemen in top hats and tails, who appear throughout, and the text describing the exhibits is written in a font that resembles handwriting. Arrows in the same handwritten font guide you around both floors of the exhibition. There are pleasant little touches, like hidden nooks and crannies where you can glimpse what the typical workspace of an animator looks like, or see videos of animators at work. The exhibition is interactive, with walls you can draw on and handles you can turn to spin slides with pictures on, which when rotated fast, create the illusion that the characters depicted on the slides are moving.

But creating the exhibition was not without its difficulties, Riley tells me.

“We spent three years preparing it, because there were lots of rights issues. Also we took some time finding a way to present it – we actually had to change the curator in the middle because we still didn’t have the feeling that he was the right person, that it would be boring, etc. And then covid came, so we got a little bit slow also. And then Honza Bubeníček, the curator, finished his film, and we knew that we wanted him. So one year was very tough, we worked very hard I would say. Because we had to take all these items from the whole republic.”

Occasionally there were also problems with relatives of deceased animators being uncooperative. This was the case, for example, with Břetislav Pojar, the Czech puppeteer, animator and director who died in 2012, Riley tells me as she shows me around the exhibition.

“These two bears are very famous, they are by Břetislav Pojar, but unfortunately he died and his relatives live in Switzerland and they don’t want to cooperate at all, so we have only this.”

The exhibition takes in the whole of Czech animation, past, present, and future, starting with its prehistory, showing how early hunter-gatherers and the Ancient Egyptians and Greeks tried to depict motion in their art.

The early years of film are also represented, including photographer Edward Muybridge, who in the 1870s captured a horse in motion through a sequence of images, laying the foundation for the invention of film, and the Lumière brothers, who launched the field of cinema with their invention of the cinematograph in the 1890s.

The combination of animation and cinema created the weird and wonderful world of animated film which the exhibition explores from every angle. It takes you through the process of how an animated film is produced in real life, different animation techniques, and the work of various famous Czech animators like Karel Zeman, Jiří Trnka, and Jan Švankmajer. In addition it offers a chill-out zone, Hall of Fame, kids’ corner, and a café where you can not only get a bite to eat or drink, but also watch historical animated films in semi-private booths, as Riley elucidates.

“We have around two hundred films here, for kids, for adults, from the past to contemporary student films. And if you want, you can sit down, pick something, and watch it. Also this café – you can go there whenever you like, even without tickets.”

On Sunday afternoons mini animation courses are available for children from 6 years old (and their parents) to attend, where you are shown the basic principles of classical cartoons, flat and semi-flat animation, and even less traditional object and material animation, and then have the opportunity to create something yourself.

The exhibition is organized by Art Movement, the non-profit organization founded by Kateřina Riley and Markéta Matoušková in 2009, who were behind successful Prague exhibitions on Tim Burton, David Cronenberg, and Pixar. Although Worlds of Czech Animation is in Czech, English-speaking visitors can scan the QR codes which are located next to each exhibit using their smartphones to read the relevant information in English.

The exhibition is open to visitors Monday to Friday from 9 am to 6 pm and on weekends from 10 am to 8 pm, and is running until 3rd July 2022. Tickets cost 190 crowns for adults on weekdays and 220 crowns on weekends, with reduced prices for children and concessions. Kids under three can get in free, and as of 10th March, in solidarity with Ukraine during the ongoing war in the country, free entry is also being offered to Ukrainian refugees.