Eva Fuka, who turned 80 earlier this month, has been described as one of the most important post-war Czech photographers. Some of her best known pictures were taken in the mid 1960s in New York, a city she was to settle in a few years later, when she left Czechoslovakia with her husband Vladimir Fuka, himself a leading artist at that time. Today, in the first half of a two-part interview, Eva Fuka recalls growing up in the First Republic, the war era, the problems she and Vladimir had with the Communists, and her first visit to the city she later called home.

"I was born into a family of artists, which was a kind of advantage for me. My father was an artist, a painter, my mother wrote books. And my grandfather started Lidove noviny, the most important newspaper of that time - he was its director. And then I married an artist, and I studied art, so that's what I am."

You were born in 1927 in the inter-war period called the First Republic. Many Czechs look on that as a kind of golden era - are they right to look on that era as such a great time for Czechoslovakia?

"I was a child so I cannot answer completely. But for me it was a golden era, because my family at least lived very...culturally, and people, I think, were much nicer to each other, they were polite, there was some kind of polite style of life. So I have good memories of that time."

You were in Prague during the war also. What are your strongest memories of war era here in Prague?

"I was still very young, actually I was still a child. I remember my school, my gymazium, because it was a time when Hitler closed all the schools and we were packed into our class, we didn't have any books, anything to study from. And if you didn't pay attention you got lost.

"Secondly of course is the Jewish...problem, because I found out that my schoolmates were disappearing, and I saw the people with the stars of course. The worst part was losing my friends, because they ended up in concentration camps."

"I started very early...I cannot call it photography, it was just a childhood game. It was about '39 when my father gave me an old Leica.

"My first slightly more important pictures were when the Russians came. They were again living in our building, after the Germans left. I have a couple of nice pictures of these girls who came with the Russian army, and I have quite a few pictures of soldiers who probably were having their pictures taken for the first time."

After that period, you and your husband Vladimir's circle of friends included many of the most important avant-garde artists of that time - was your group...persecuted by the Communists, or did they leave you alone?

"Well, we had our own agent who was following us, because my husband was very well known and they were just watching over him. I cannot say that we couldn't travel. He and I could go abroad because his books were very famous and published abroad, so we were visiting publishers and so forth on so on.

"We could never take our daughter with us, and when we came back there were always questions, where we were, what did you do, why did you meet...Sometimes it was very harsh. Actually, when we first came from America they came and actually hit Vladimir, because he forgot one name and the name evidently was very important for them.

"From that time we were watched very carefully. They listened to our telephone, they came to the house, we were always under some kind of surveillance."

Is it the case also that you knew the name of the agent who was following you?

"Yeah, his name was Nesvadba. Of course it wasn't his real name, it was a cover name...They were not only coming to our apartment, but they were standing - him or somebody else - and watching to see if somebody came to us, and who was coming..."

And your husband refused to sell his work to the National Gallery, because it was run by Communists in those days.

"That's true. He was very strict about things concerning the communist regime. But today I think it was kind of a mistake, because it could be part of the National Gallery that way...He is very much forgotten, because he was not published, he was not known [after emigrating in 1967]."

Tell us about your first trip to New York in 1964. Today it's quite a common thing, everybody flies everywhere, but then it must have been a big deal. What were your impressions when you first arrived in New York?

"My first impression was: enormous, something enormous which I couldn't grasp at all. Everything was big, very high, very spread around. After our...dark Prague, which was small and very much...very much sad...and suddenly full of lights and full of life and big streets - I was lost" 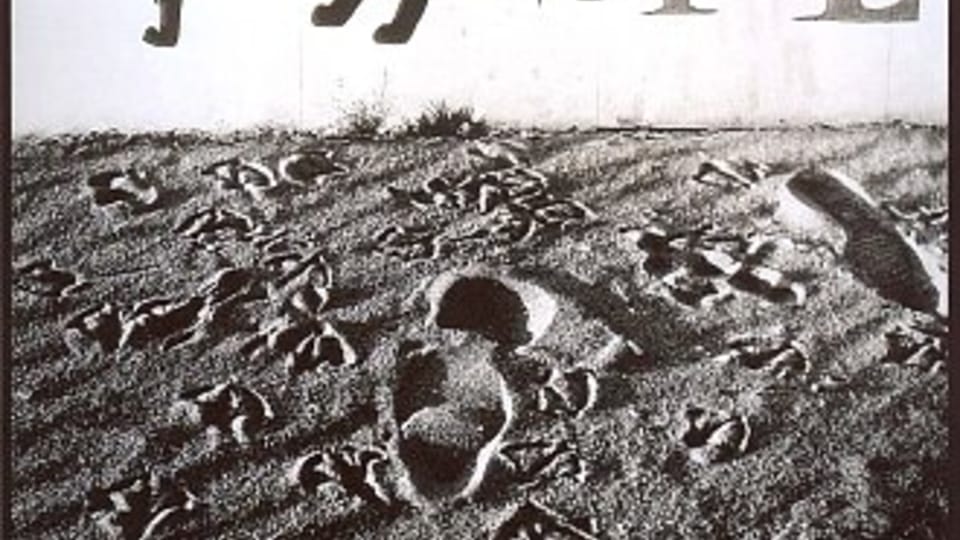 I get the impression from your pictures that you really like New York. It comes across to me quite strongly that you have an affection for the city.

"Yes, I did. That's why we moved there when we emigrated, because we saw it was the most important city. They say you either love it or hate it and I think I can incline more to the love side than the hate side. Of course you have to become a little more acquainted with it...the first sight is a shock.

Tomorrow, in the second half of this two-part interview, Eva Fuka discusses how she and Vladimir found life in the Big Apple, filming the Velvet Revolution in her home-town of Prague and why she moved back to the Czech capital in her mid 70s.