They took a year to design, another year to make, and half a year to install. But the Czech lighting and glass artworks company Lasvit has realised a project of truly epic proportions – crafting two 20-ton dragons, covered in millions of crystals, and suspending them high above a grand hotel lobby, on a far-away island prone to earthquakes.

Founded only in 2007, but drawing on centuries of Czech glassmaking tradition, the company Lasvit is today a leader in its field, with offices in New York, London, Paris, Milan, Dubai and Hong Kong. The dragon project is the lighting company’s most ambitious one to date, says founder and president Leon Jakimič.

“The dragons are in Saipan, one of the Mariana Islands along with Guam, in one of the biggest hotels, which was built by a Chinese developer for a major casino operator. The hotel is primarily for a Chinese clientele, so what else to showcase than a Chinese dragon – and so, why not have two?

“Each dragon is more than 50 metres long and weighs 20 tons – each with millions of crystals, metalwork and electric components that must hang from the ceiling. In fact, the construction was even more challenging than the craftsmanship.”

Covering the mythical creatures’ bodies are some 13,000 stainless steel scales, which it turn are fitted with more than 2.5 million fine crystals of a type normally found in earrings, each woven to the scales by hand. 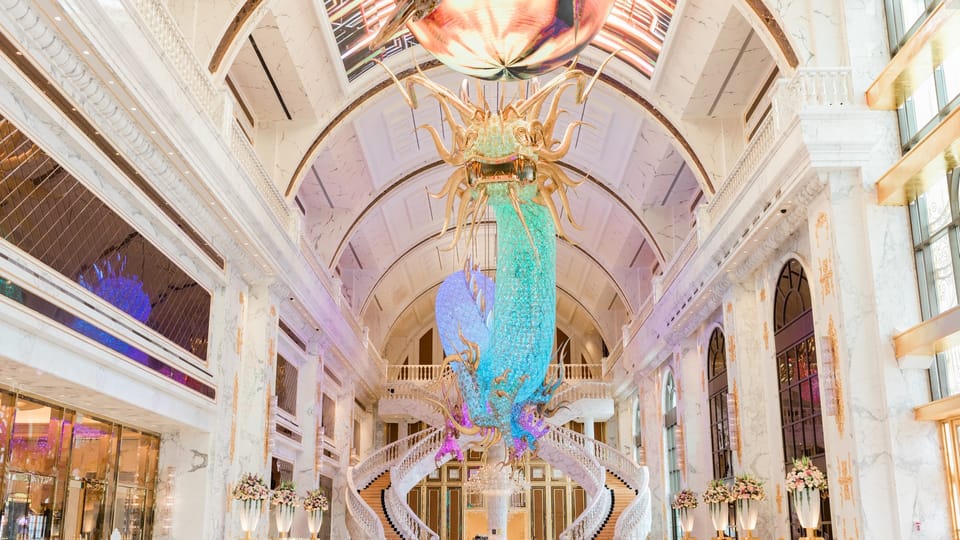 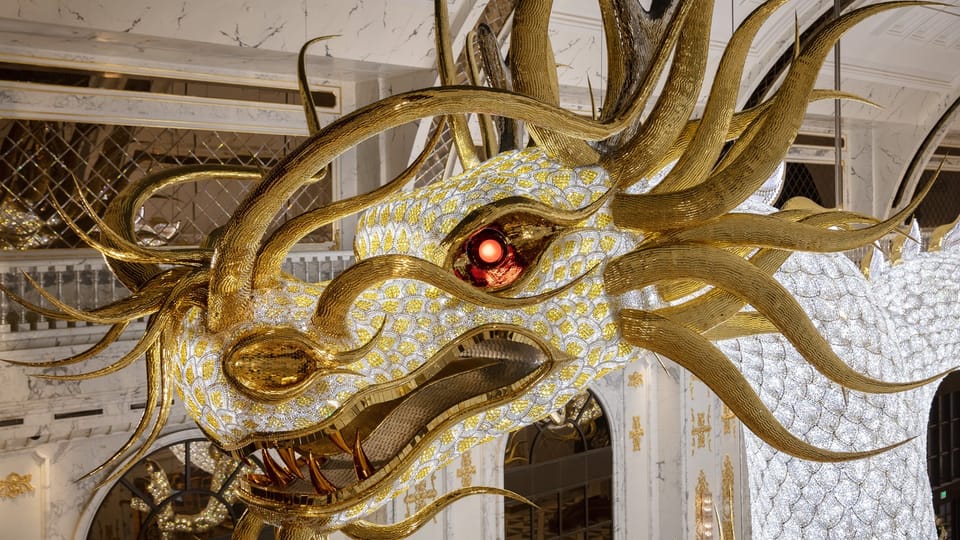 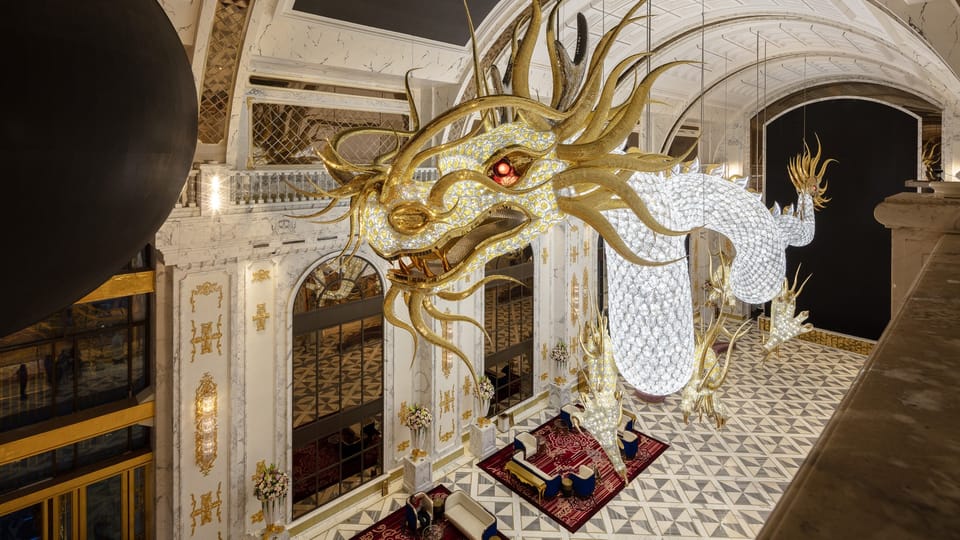 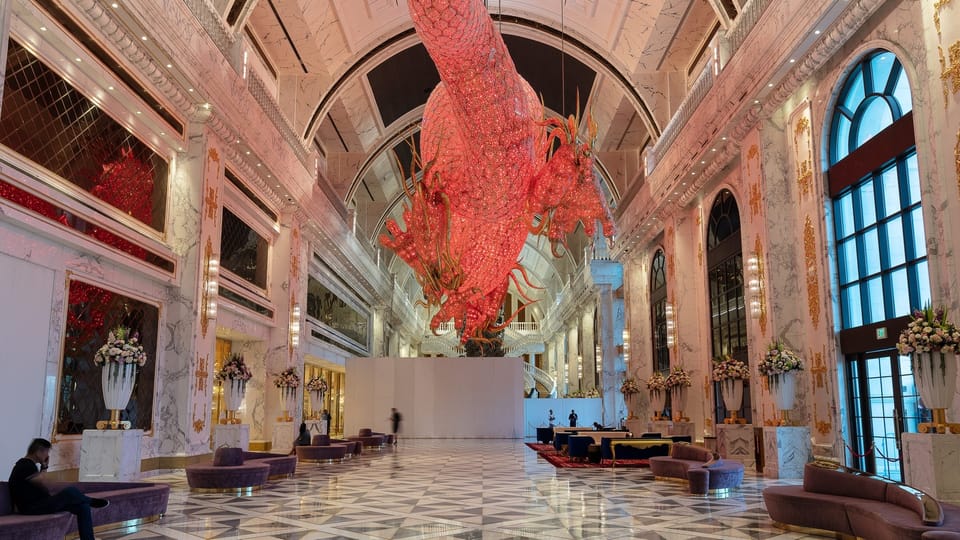 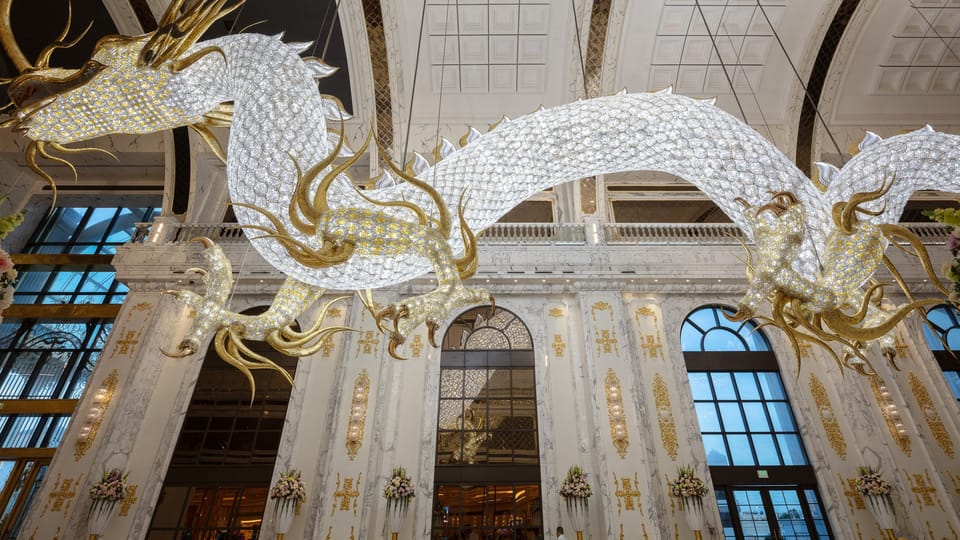 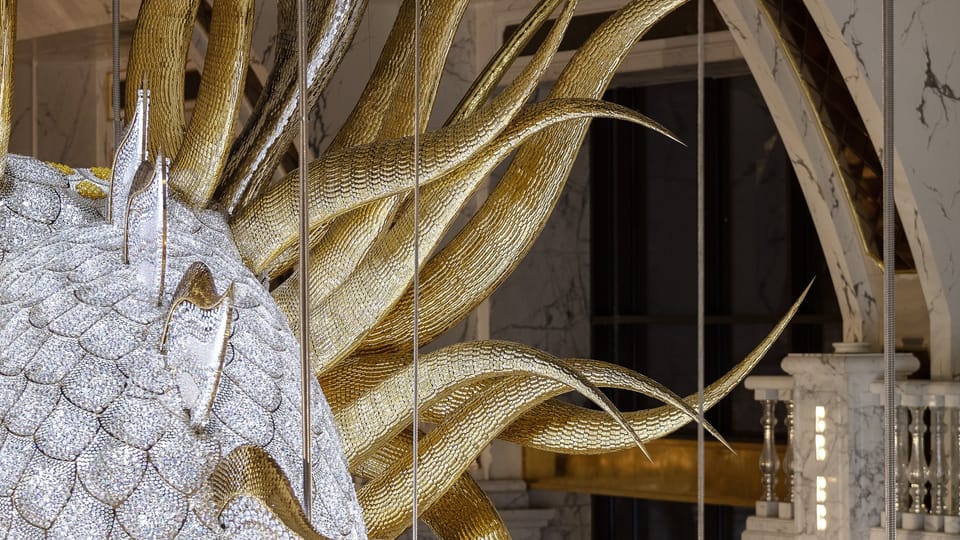 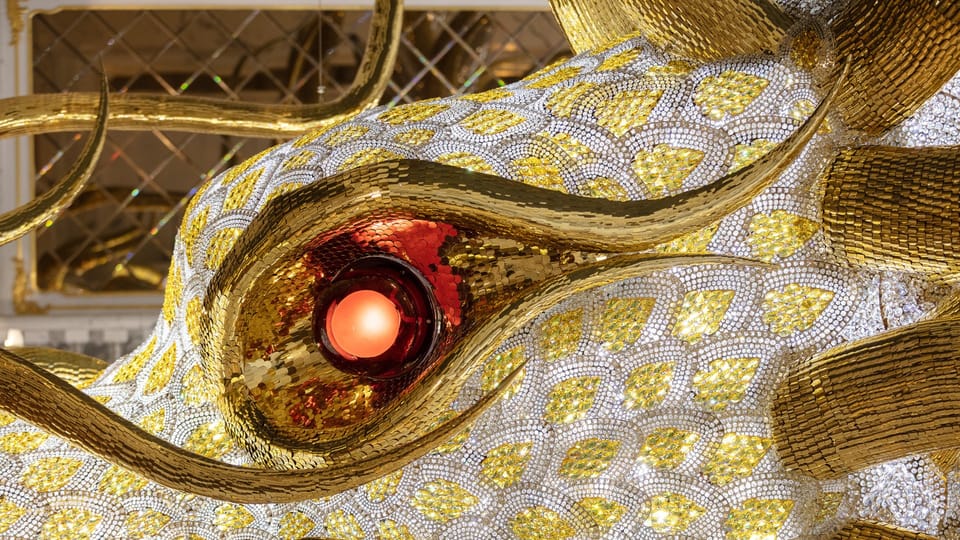 The dragons also feature some 300,000 LED chips, which stretch from head to tail and can change colours in myriad ways. The effect is as if the creatures’ bodies were one big television screen, albeit with a total surface area of 700 square metres. The whiskers of the 50-metre long dragons are themselves are enormous, with some stretching 6.5 metres.

It took two years and hundreds of Czech artisans and technicians to bring the blueprints to life, says Lasvit founder Leon Jakimič.

“We’re patriots, and so it follows that we want to produce everything in the Czech Republic. So the glass, the crystals, are made here in our own factories. And with these big installations, the trend in London, Paris and elsewhere is to combine glass with steel. We source that here, and also the electronics. We have two Czech factories and one in Shanghai, which serves the Chinese market.”

Jakimič says with the dragon project, his company has pushed the boundaries of what can be made of glass and metal, not least because the massive, illuminated structures – which he calls “the biggest jewels in the world” – had to be able to withstand Sapain’s not infrequent earthquakes.

Then there was the installation itself. Over six months, Lasvit technicians spent ten hours a day inside the giant swinging dragons – which are fighting over a pearl – while themselves battling motion sickness.