Encore: Turning music into gold - alchemy in the court of Rudolph II

Encore: Turning music into gold - alchemy in the court of Rudolph II

You wouldn't usually associate music with mysterious arts of the alchemist, but in Prague, at the beginning of the 17th century, just about anything was possible. In Encore today, we look at "alchemical" music - or to be more precise, music composed by an alchemist.

This is on a new CD on the Supraphon label entitled 'Caesar Vive! Prague 1609 - Music for Emperor Rudolf II' by the vocal ensemble Fraternitas Litteratorum, which means 'literary brotherhood'. The alchemist in question is Michael Maier, who lived from 1568 - 1622, and who was active in the court of the Habsburg Emperor Rudolph II.

Rudolph chose to rule from Prague. He had a keen interest in the arts and sciences, and attracted to his court the likes of Tycho de Brahe, the Danish astronomer, and Johannes Kepler, the German mathematician and astronomer. But he also was a great patron of alchemists, including Michael Maier, who created a work called Atalanta Fugiens, a so-called 'emblem book' containing 50 illustrations, 50 epigrams, some discourses, and 50 canons or fugues.

The emblems - that is the illustrations - are enigmatic and full of symbols - quite mysterious. One is entitled 'take an egg and smite it with a fiery sword', and shows a man preparing to cleave a large egg with a sword. The poetry relates to it and so, presumably, does the music. It would take a lot of specialized knowledge - and imagination - to figure it all out. 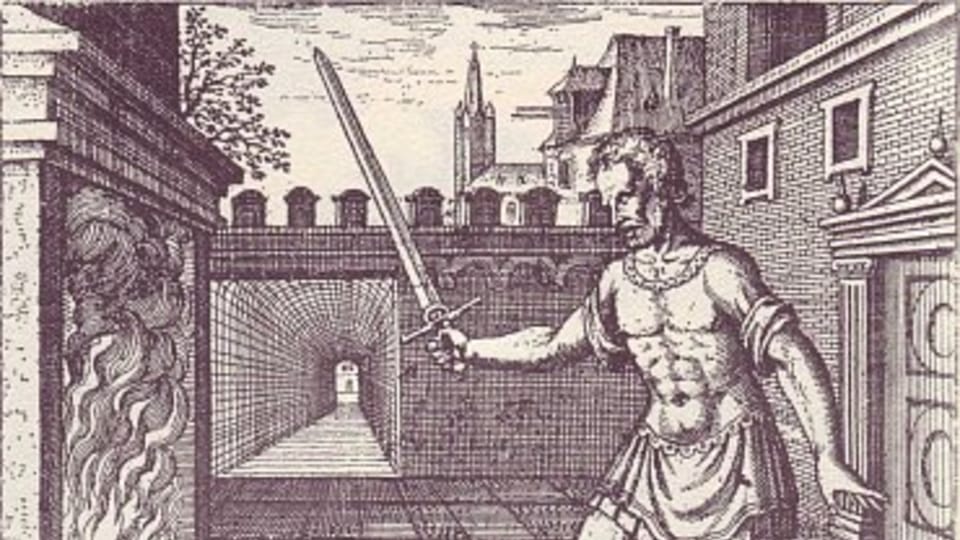 The disk contains music chiefly by foreign composers, such as the Flemish composer Carl Luython, but there is a lovely Marian hymn by a very important figure in Czech history, Krystof Harant z Polzic a Bezdruzic, who lived from 1564 to 1621. He was a Renaissance man - a writer, soldier, pilgrim, hunter, poet and musician.

He made a fateful switch from Catholicism to Protestantism in 1618, and later participated in the bombardment of the Emperor's Palace in Vienna, so after the battle of White Mountain in 1620 in which the Catholic forces beat the Protestants, his days were numbered. Like many of his fellow Czech Protestant nobles, he was executed on the Old Town Square.

But before he decided to switch sides, he wrote some masses and a lovely setting of a popular hymn to the Virgin Mary, called 'Maria Kron', which you can hear on the CD.

The name of the ensemble Fraternitas Litteratorum on this CD has historical roots. There were well over a hundred such fraternities in the Czech lands before 1620, after which they too presumably became casualties of White Mountain. They were simply groups of 'literate' townspeople, all men, who sang masses in church services. The modern day ensemble, founded fairly recently, is exploring some of the vast repertoire from the 15th and 16th centuries, which lies archived in churches, monasteries and chateaux here in the Czech Republic.

CDs reviewed in this programme are provided by Siroky Dvur