A new exhibition of photographs opened in the town of Broumov this weekend, depicting the region's unique geography and cultural heritage. Broumov and the surrounding villages were once home to a sizeable German community, almost all of whom were expelled after the war. The pictures, by photographer Hana Jakrlova, record the echoes of a lost community. Rob Cameron was at the opening and has this report.

Broumov's 14th century Benedictine monastery is currently hosting a unique collection of photographs entitled Broumov - Memory of the Heart. Broumov was formerly part of the German-speaking Sudetenland, but after 1945 the Germans - who numbered 90 percent of the local population - were expelled. Their departure left a hole in the region's geographical and cultural fabric which is still felt today. Peter Barton is from the Sudeten German Office in Prague, which is supporting the exhibition.

"These are not photographs that we get to see every day. Braunau, as Broumov is called in German, is a region that is typical of the former Sudetenland and it also experiences similar problems. History speaks for us and to us. One can see here how much was lost through the expulsion of the Germans and somehow that wound still remains open and that is what we can see in these photographs."

The black and white photographs, which show tumbledown farmsteads, deserted landscapes and decaying religious icons, have a nostalgic, almost melancholic quality, showing as they do what happens when a community is uprooted. But Hana Jakrlova herself says she was keen not to pass judgment on the past, merely to capture its legacy.

"I did not really want to do any kind of social documentary. I did not try to come up with any comments, because this issue has already been commented on quite a lot and it's been discussed. It's been painful, and passionate, and very frustrating and I think now - 15 years after the collapse of Communism - most things have already been said, and we all know that a great injustice happened."

The exhibition has both Czech and German support, proof of the recent attempts at reconciliation. One of the main sponsors is the German businessman Daniel Langhans. He was particularly fascinated by one image - a statue of a cross and two headless figures.

Broumov - Memory of the Heart, is on at Broumov's monastery until 6th June. 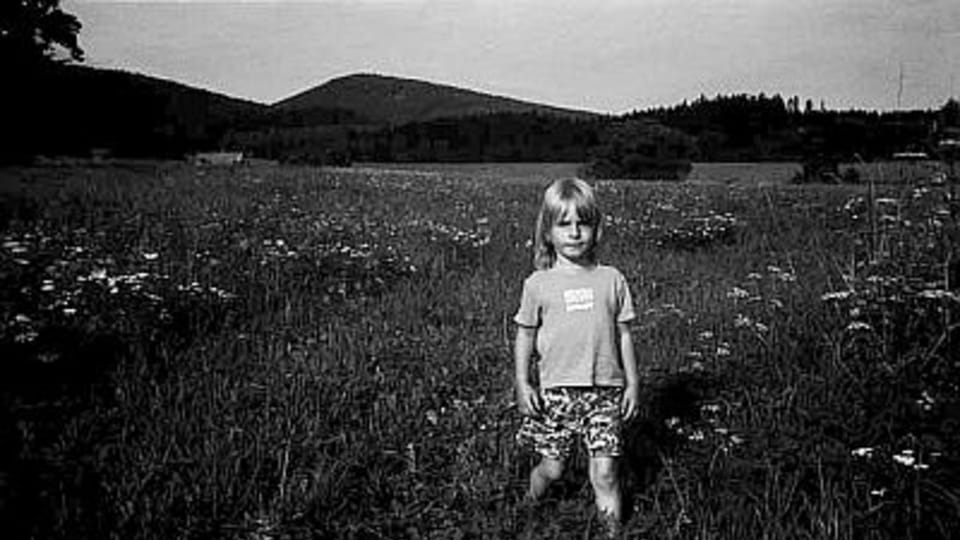