The original US television series, Star Trek, was in re-runs for years before it was revived in the cinemas, and years more before the series inspired successful spin-offs like Star Trek: The Next Generation or Deep Space Nine. But all inceptions continue to be popular among fans even today. In the Czech Republic, members of one fan club, Kontinuum.cz, decided to take their fascination a step further, to “boldly go” where none here had gone before: they shot their very own amateur film based in the Star Trek universe.

Called “The Metren Incident”, the project took three years to complete and was inspired most by the 1990’s series Star Trek: The Next Generation. 25-year-old Anna Stefankova, a project manager in IT, was the film’s director, her first ever such outing. She described how the idea for the film came about this week:

“A few people from the Star Trek fan club, namely a friend and I, were kind of discussing of in a tearoom on doing something about Star Trek and we hit upon the crazy idea of making a film. Neither of us had any experience: I think we thought that we would just write a script and shoot it in a month or something! In the end, it took a lot longer. But it was quite fun and in the end quite a good experience, I think!”

The director in action, photo: www.kontinuum.cz
All of those involved were obviously dedicated Star Trek fans, and really, who else for such an undertaking? Twenty-three people between the ages of 16 and 50 either acted or were members of the crew or both. Besides directing, Anna Stefankova, too, had a small part:

“Difficult was the fact I had a small role in the movie itself and I was never satisfied with how I acted. I didn’t like it at all! But in the end I had to put something in! It was more about fun. I wasn’t shouting ‘Ok, do it again!’ well, I was, but in a slightly nicer tone! But there were more of us, so more people would pitch in and often there would be a general consensus when something was ‘good’.”

'The Metren Incident', photo: www.kontinuum.cz
Scenes aboard the Federation ship were shot against a green screen to allow the interiors of the ship to later be computer-generated, a process which, along with battle scenes, took up the lion’s share of the post-production, through editing and FX programmes on home computers. Exteriors representing an alien world were then filmed at a quarry near the town of Beroun, outside of Prague. Anna Stefankova describes the essential ingredients necessary for any Star Trek project:

“I think that crucial was to have Star Trek fans who wanted to do a Star Trek movie! {laughs}. And of course you need to have uniforms because without uniforms it wouldn’t really look like Star Trek. So, we were looking for uniforms, some aunts and friends were sewing uniforms. Then of course you also need a Federation ship. So for that you need a computer, to have a Federation ship. And, I think that you need to know something about what Star Trek is about.”

'The Metren Incident', photo: www.kontinuum.cz
By now, you’re probably wondering about the story in The Metren Incident: the plotline similar story arcs form the professional series, where crew members led by Captain James T. Kirk or Captain Jean-Luc Picard were often dragged into tangled diplomatic dilemmas or forced to decide moral issues in which there were few easy choices. In this trekkie film, the crew from a ship called the USS Avatar is led by a female captain, Talisa Ren, put in a difficult spot after a character is kidnapped by a previously peaceful alien race. In classic Star Trek fashion, an “Away team” is beamed down to the planet’s surface. The effect, like the ship interiors themselves, was not easy to replicate. Anna Stefankova again:
'The Metren Incident', photo: www.kontinuum.cz
“That was quite a challenge at first, it’s a nice effect but one which is used quite often in Star Trek. It’s a nice effect, of course, which is why it’s used. We did it using a computer software programme, and of course we tried to search for tutorials and hints on the internet from other Star Trek fans.”

In the end the team was able to come up with their own version; equally tricky were battle scenes or establishing shots showing the USS Avatar’s fluid movement through space. There, as well as dramatic scenes involving actors, the director again took inspiration from professional Star Trek productions.

'The Metren Incident', photo: www.kontinuum.cz
“I took inspiration in the style of shooting of space battles, and for me as a novice in this area it was interesting to see how those were filmed since of course they are not in space and we are not in space! We also viewed other amateur films.

“I tried to avoid to just using head & shoulder shots but to include more actors in the background, which wasn’t always easy. Some actors never even met: once we had the captain, the first officer and some enemies on the stage but we needed another two people in the scene. One week we shot one half of the group, the next the other, and thanks to the green screen we were able to put them together.”

'The Metren Incident', photo: www.kontinuum.cz
Although an amateur project, The Metren Incident clearly took enormous time and effort: Anna Stefankova stresses it was an enjoyable experience on the whole, even though there were moments when she and others felt they had gotten way over their heads. Now the project is complete. Last weekend The Metren Incident had its first screening at Prague’s Atlas theatre and was visited by around 150 fans. For now, another screening is planned and possibly even a DVD release.
'The Metren Incident', photo: www.kontinuum.cz
As for the past series? I couldn’t help but leave Anna Stefankova with one more question: Star Trek, the original, or The Next Generation? In other words, did she prefer the original Captain Kirk played by William Shatner or the more contemporary Captain Picard, played by Patrick Stewart? Anna Stefankova once more:

“For me it’s Jean-Luc Picard of course. He likes Earl Gray. He’s quite charming too. But for example he also has some ‘minuses’ – he is not always the best guy for everything. He doesn’t get along well with children, for example, which I’m not sure whether that is a ‘minus’ or a ‘plus’ but it certainly adds another dimension to his story. I think he is a well-written character.” 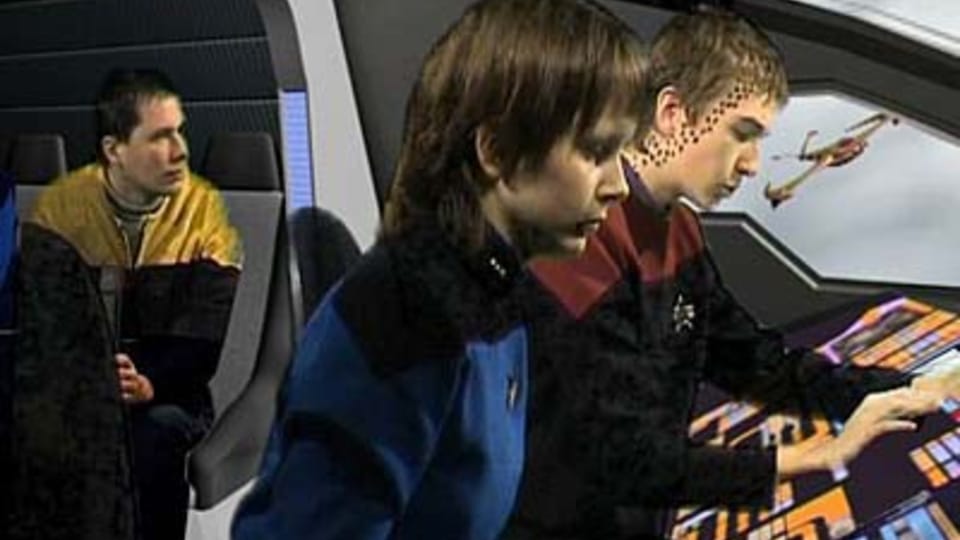 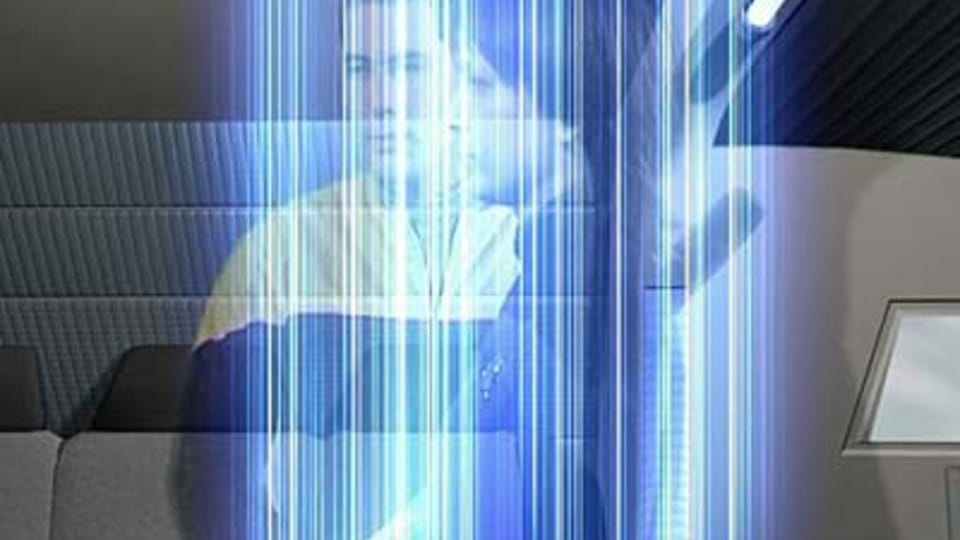