Czech pensioner becomes the oldest person to ski to both Poles

Czech pensioner becomes the oldest person to ski to both Poles

The Czech Republic has a new entry in the famous Guinness Book of World Records. Czech pensioner Zdeněk Chvoj has been declared the oldest person to ski to both Poles. Mr Chvoj was 71 years old when he skied to the South Pole on January 12, this year. 72-year-old Zděnk Chvoj from Prague has become a new world record holder. In April 2018, Mr Chvoj visited the North Pole and in January this year, he also reached the other side of the globe.

A nuclear physicist by profession, Zdeněk Chvoj has always been an avid traveller and sportsman and in the course of his life, he visited more than 80 countries. The expedition to the North Pole was his own gift for his 70th birthday.

“As my 70th birthday approached, I thought my health might soon start to deteriorate so I should celebrate my life in some way.

“After some thinking, I got the idea to travel to the North Pole. That was in 2018, when I was 70, so it was a birthday present in a way.

“And when I finally reached the North Pole, I thought I might as well go to the South Pole.”

To endure the extreme arctic conditions, Zdeněk Chvoj trained for twelve months before setting out on the expedition:

“I trained for a year, to strengthen my physical condition. But I also trained to be able to pull the sledge on the ice.

“I did it at our cottage at night-time, because I didn’t want to attract too much attention.

“If my neighbours saw me pulling a loaded sledge across the lawn, they would think I’d gone mad.”

When asked which of the two journeys was more difficult, Mr Chvoj says each of them presented different challenges.

On the way to the North Pole, navigating the frozen Northern Ocean was particularly difficult, as well as bypassing open waters.

“On the way to the South Pole, you don’t have to overcome any elevation, but the altitude is over 3,000 metres. Also, the air is thinner in the Antarctic, so you need some time to acclimatize.

The certificate confirming that Zdeněk Chvoj is the oldest person in the world to reach both Poles, photo: Archive of Zdeněk Chvoj

“What is particularly challenging is the constant wind. Due to the wind-chill effect, the temperature was below 40 degrees Celsius.”

Mr Chvoj and his son, who also took part in the expedition to the South Pole, embarked on the journey in December and reached the destination on January 12.

Upon his return to the Czech Republic, Mr Chvoj contacted the Guinness World Record agency, and received a certificate confirming that he is the oldest person in the world to reach both Poles:

“There are older people who reached both the South and North Poles, but none of them got there on their own. You can fly there on a plane or reach the North Pole on an icebreaker during the summer. My record is that I did it on my own.”

Despite his extensive travels, there are still places in the world that Mr Chvoj has not seen yet. One of his dreams, he says, is to spend some time in the desert or visit countries in the Middle East. 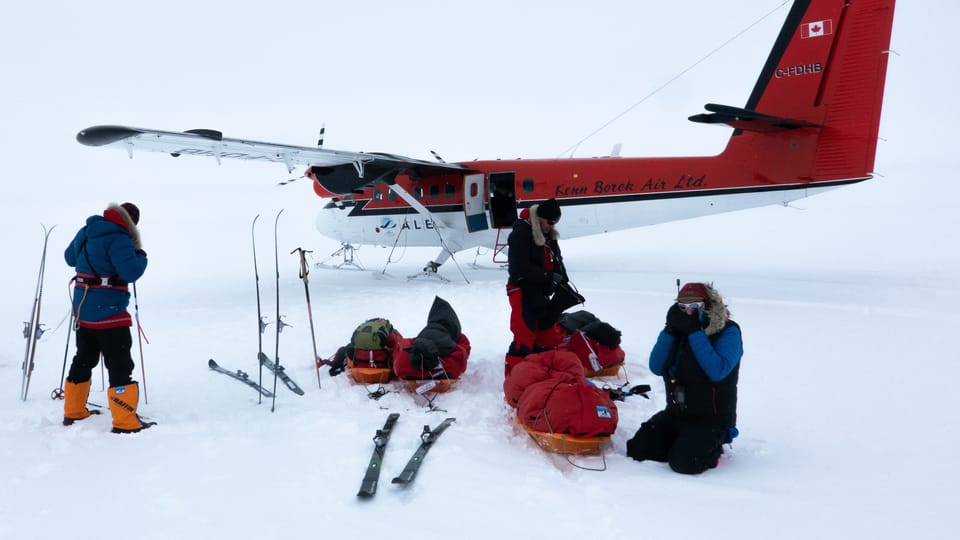 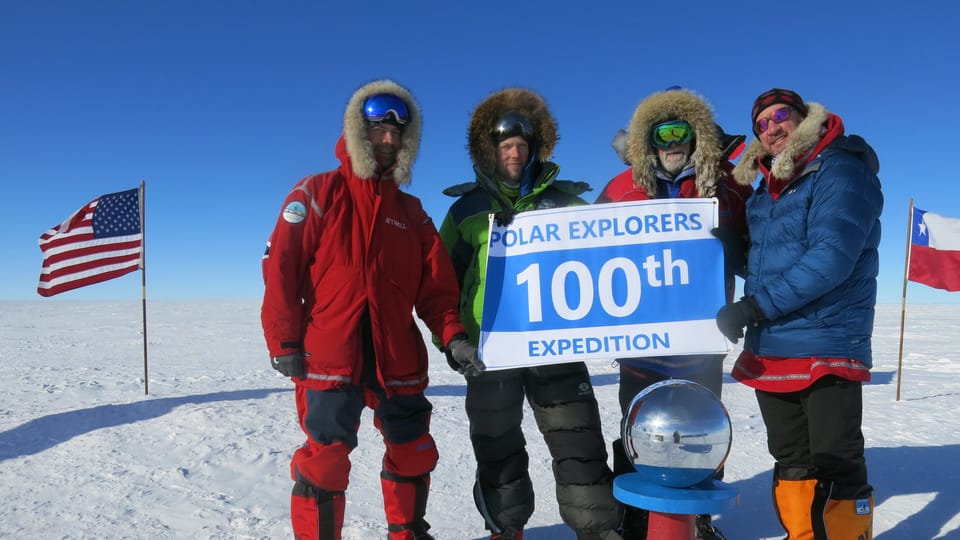 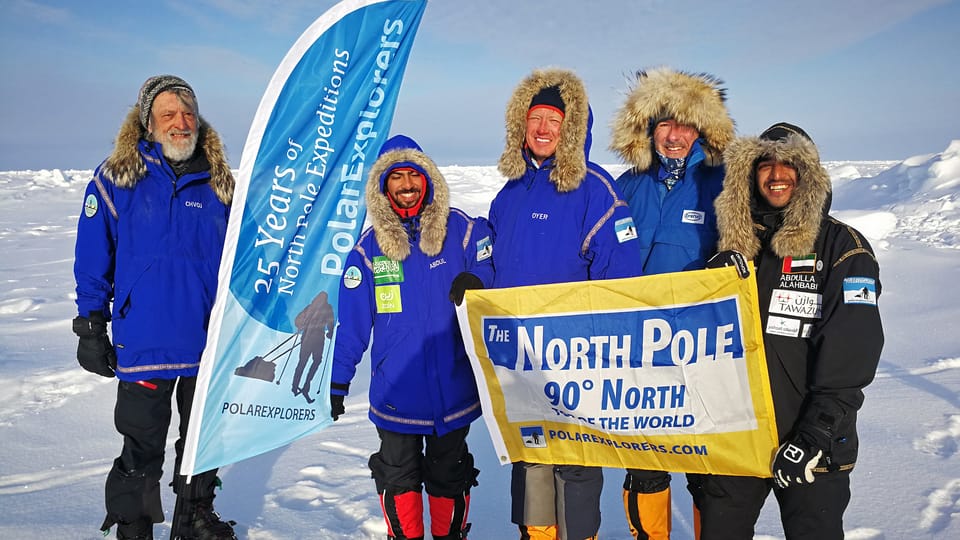 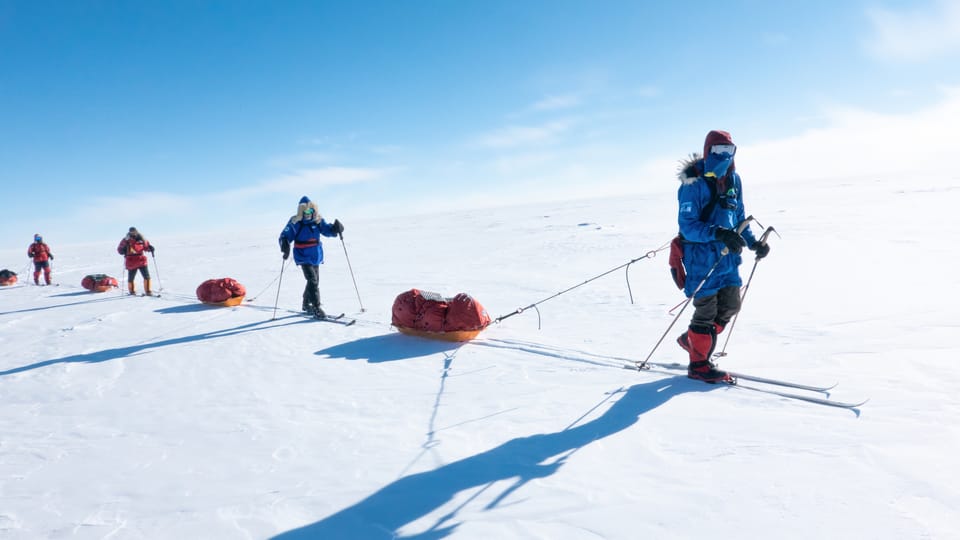 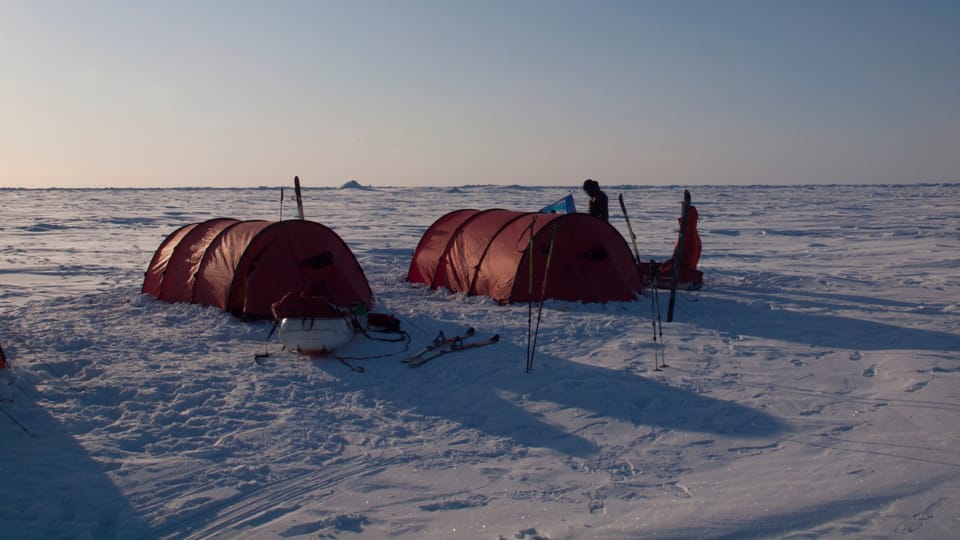