Climb aboard time's winged chariot for a fascinating new exhibition

Climb aboard time's winged chariot for a fascinating new exhibition

Do you sometimes wish you could have more time? If so, then you might like to visit a new exhibition where it is most definitely not in short supply. David Vaughan reports from one of Prague's lesser known but most interesting museums.

We are in the Museum of Decorative Arts close to the river in the heart of old Prague to see a brand new exhibition of clocks and watches that are from the museum's collection. I'm joined by the director of the museum, Dr Helena Koenigsmarkova, who is going to tell us a bit about this new exhibition.

"From 1 December we open this special exhibition on clocks, and not only interior clocks but also small pocket watches, from the period of the 16th century to the 20th century."

And we're surrounded in this room which is really quite small - it can't be much more than about 40 square metres - by literally hundreds of clocks and watches, all different shapes and sizes. Some are very simple, some are heavily decorated. Could you say a bit about these clocks, where they come from and how they came to be in the museum?

"The special thing about clocks is that they form part of the interior. So you can follow in clocks very precisely the development of style, and it's the thought of time and the passing of time that makes clocks so interesting, because there is always some movement in it. We feel sorry that we can't show the movement in our collection."

Yes, one thing you won't hear in this exhibition is the sound of ticking or the chiming of the bells on the hour...

"Yes, but we promise that in future we will supply it with some sound also."

And the watches and clocks themselves, do they come mostly from Central Europe, from the territory of today's Czech Republic, or are they from all over the world?

"If we are able to get clocks of Bohemian origin we do and we show them also, because especially Prague, but also other cities from the 18th century to the 20th century used to produce very good clocks. And in the 20th century a lot of architects also designed clocks. So we show a few examples of this - clocks designed by architects like Kotera or the Cubist Gocar."

And do you have a favourite clock or watch in this exhibition?

"I like very much Renaissance clocks, which are architectural in form, like small towers. I will show you.... These are from the end of the 16th century and the 17th century. They are mostly made from metals - bronze or brass."

And they have something of the atmosphere of a fairytale castle, don't they?

"Yes, because they are like small towers, and they are decorated with special techniques used for jewelry."

The exhibition will be open from 1 December. You can find out more at www.upm.cz. 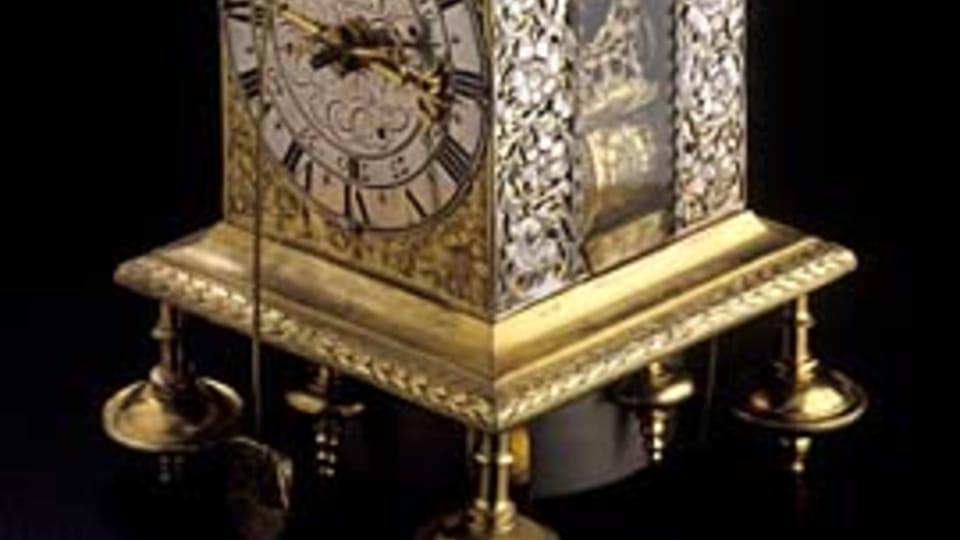