If you add the ending “sko” to the names of a number of Czech towns and cities, then this is often the name for a larger area – or micro-region – also encompassing the surrounding countryside. One such example of this is Chebsko – the informal name for the region around the far western Bohemian city of Cheb.

Špalíček, photo: Dominik Jůn
Cheb itself has suffered from a poor reputation for many years as a city blighted by poverty and a litany of social problems. So it comes as quite a surprise to venture out of the admittedly rather gloomy train station and into the city centre. The journey is laid out by a line of metal pavement signs, each featuring a date and charting the entire history of Cheb – in Czech, German and English – from the first written mention from the year 1061. The trail ends by the Brána času (Gate of Time), a nine-metre high metal monument built in 2010 by Czech sculptor Marian Karel.

By this time you’re in Cheb’s main square. The place is in surprisingly top-notch condition for such a supposedly grim city, and everything looks beautifully restored, with a fresh lick of paint, and no dilapidation in sight anywhere. One of the main features in the square is Špalíček, a complex of eleven wobbly-looking houses which date back to the 13th century. The houses were built by merchants as a kind of old-fashioned shopping centre. One of the three blocs was demolished in 1809, but the other two sets were saved and first restored back in the 1960s.

Further on are the remains of Cheb Castle, which was built in the 12th century for the Roman king Fridrich I. Barbarossa. Today, only a Black Tower and Romanesque and Gothic Chapel remain relatively intact. The castle itself fell into disuse during the 18th century. Below the castle are the walls of the city’s historic fortifications. Also dating back to the 12th century, the original fortifications were upgraded in the Baroque style during the mid-17th century onwards. Today, these structures form immense stone and brick walls separating the city centre from the Ohře river down below.

Bismarck Observation Tower, photo: Miloš Turek
Walking out of Cheb along this river, the waterway is transformed by the Skalka dam into an immense reservoir. Built in the mid 1960s as both a reservoir and hydroelectric dam, the banks of the Skalka have undergone major renovation in recent years and feature countless tourist paths and other facilities. It’s quite simply a delightful walk.

A few kilometres away one comes across the Bismarck Observation Tower. Tucked away about a kilometre from the border with Germany, the stone 18-metre-high tower was first opened to the public in 1909. It was built at the behest of the local Sudeten German inhabitants – just one of many monuments built in honour of Otto von Bismarck, founder of the German Empire. After the Second World War, the tower’s proximity to West Germany meant that it was off-limits to the general public. In 2005, the tower – which had been allowed to fall into severe disrepair – was reconstructed and reopened to the public. The Bismarck Observation Tower offers a lovely view of the entire Chebsko area, including the nearby German city of Waldassen.

During the spring, the countryside here is dominated by yellow fields of rapeseed plants. An area of the Czech-German border just south of Cheb features a revived historic “ovocná alej” or “alley of fruit”. One section contains various apple trees, each featuring a charming sign in Czech and German detailing the apples of the particular tree, their size, taste and so on.

Skanzen Doubrava, photo: Dominik Jůn
Finally, just south-west of Cheb, is Skanzen Doubrava, a village dating back to the 12th century. This tourist attraction is comprised of a collection of folk-style wooden cottages built in the mid-18th century. The perfectly preserved cottages are characterised by coloured wooden beams inset into the cottage walls. They are representative of a kind of “fairytale” folk style of architecture, which can be found across Central Europe. The main attraction here is Rustlerův statek, a former farm which today is open to the public as a private museum. The interiors evoke an idyllic cottage setting, full of carefully handcrafted and beautifully decorated furniture – from beds to cupboards; from cots to chairs. 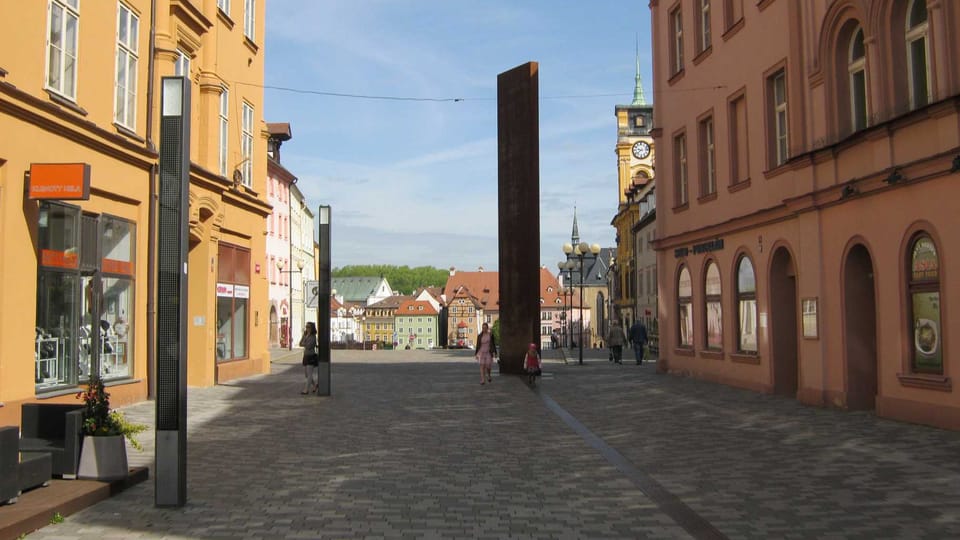 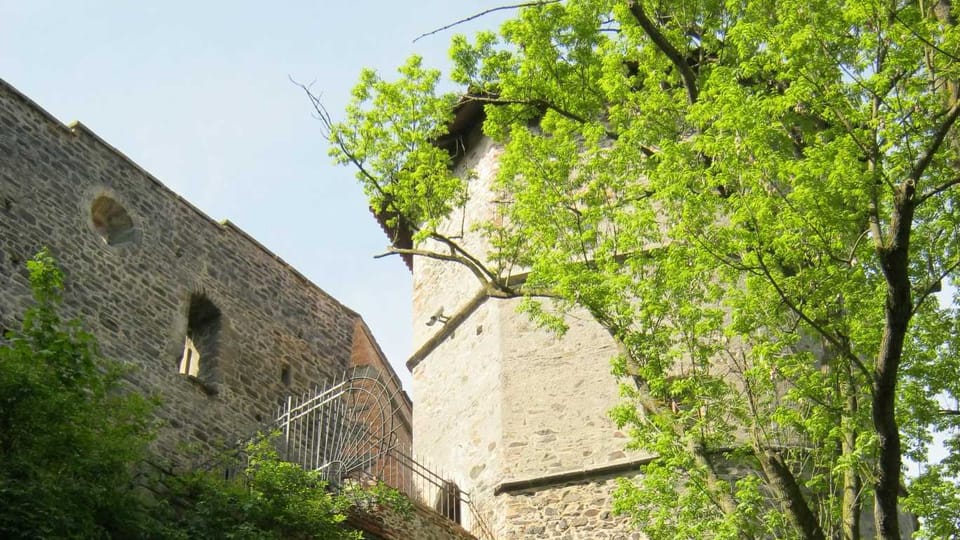 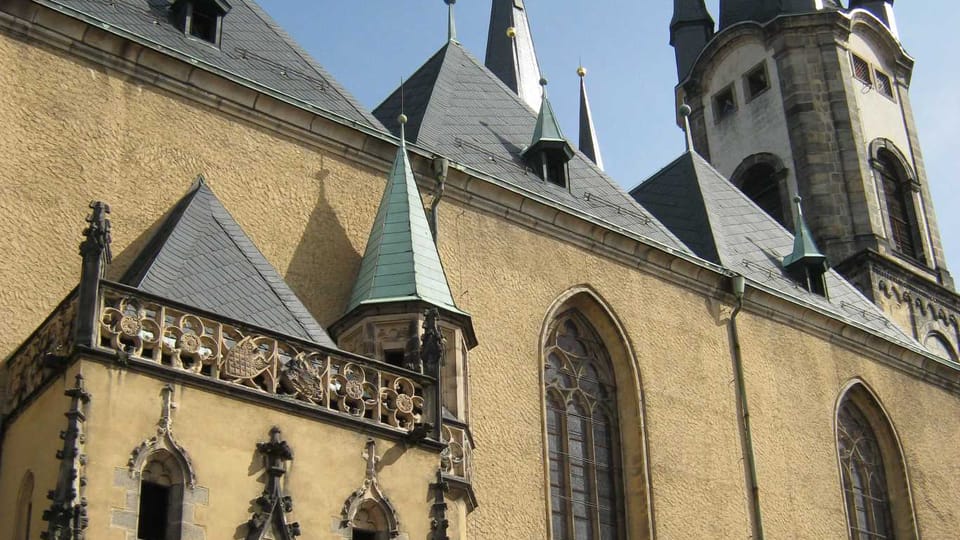 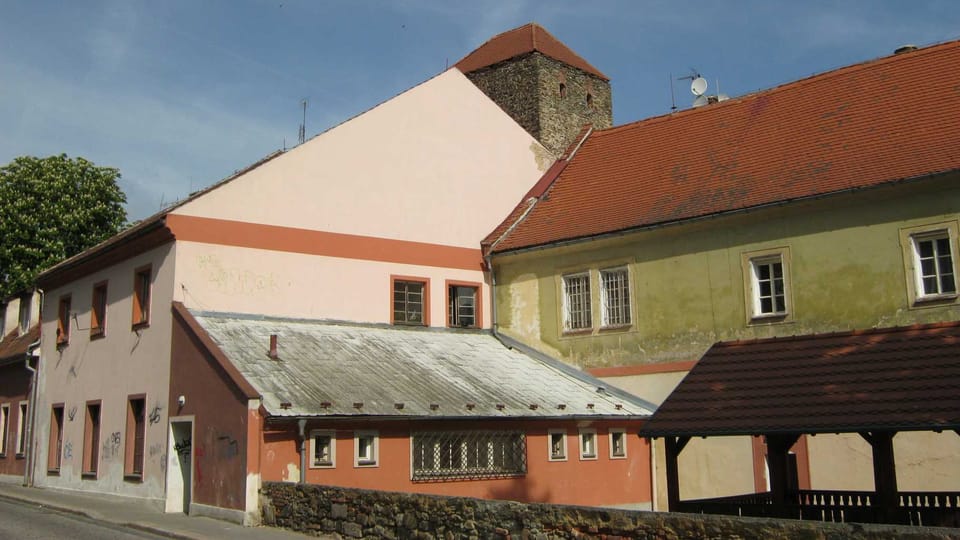 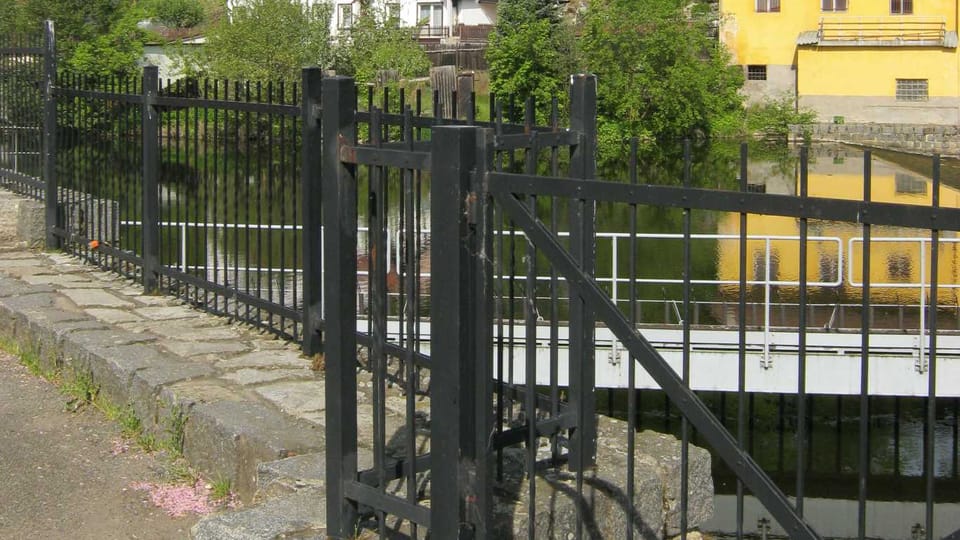 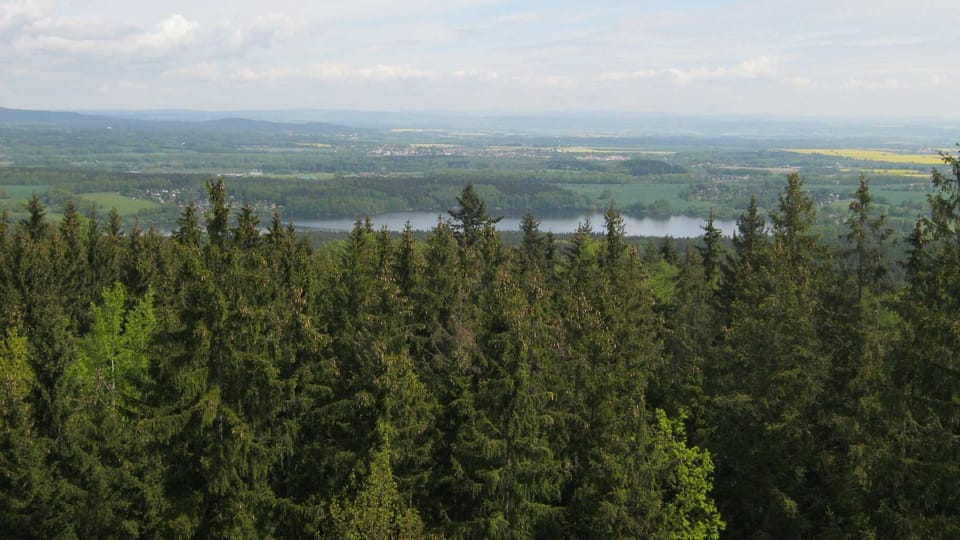 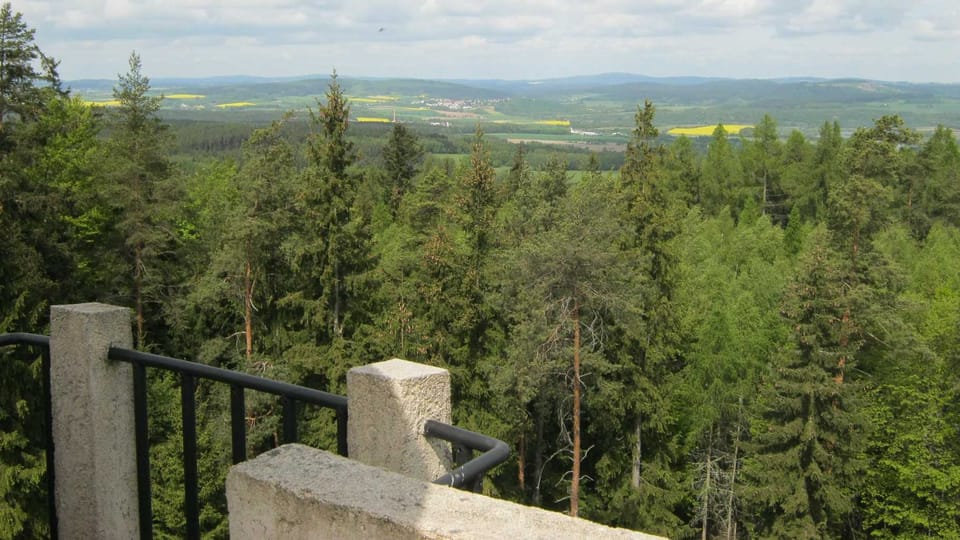