The towns of Český Těšín and Cieszyn in Poland lie on either side of the border, normally divided only by the River Olza. But now, with a high Covid-19 rate in the Silesian Voivodeship, continued restrictions mean Polish casual visitors may not enter the Czech Republic from the province, while Czechs who go there must have a negative test or enter quarantine on their return. I discussed the situation with Pavel Peč, a Czech who lives in Český Těšín with his Polish wife.

“I live just 300 metres from the border, meaning on the Czech side of the river.

“The river is very narrow – it’s almost like a brook here.

“There are a couple of bridges in the town and it’s just like one organism.

“Normally people would work on the Czech, let’s say, they would live on the Polish side, they would visit friends. Families are split across the river.

“Also of course there are many people who commute, who travel to work or to school, since there’s a very good school for Polish nationals in the Czech Republic, on the Czech side, just a few metres away from the border.”

Given all of these close ties, how has the lockdown affected the communities, or community, on both sides of the border?

“It’s been a catastrophe! People have so much got used to the services and schooling and everything.”

Was it the case earlier in the lockdown that there were people on one side of the border holding up signs with messages to people on the other side, like We miss you, or something like that?

“Yes, it was very early in the lockdown, I think in one of the first two weeks, when the signs kept appearing.

“The very first sign – from the Polish side of the river, facing the Czech Republic – said, We miss you, Czech person.

“The answer was very quick – people made signs for the Poles from the other side.

“And also one Polish guy who had a girlfriend in the Czech Republic put up a sign saying, Will you marry me?

“But with the lockdown continuing and going on, I think it all came down to cross-border workers.

“There were more serious protests about them having to enter the Czech Republic with negative tests for Covid-19.

“People didn’t think about how long this lockdown would carry on; of course it is a global situation, but also in the local conditions they didn’t know when they would meet their families and their loved ones.”

The situation now is that restrictions remain in place because the Czech authorities still regard the Silesian Voivodeship, where Cieszyn is located, as a high-risk area, as there’s a relatively high incidence of Covid-19 there. How are local people responding to the situation?

On Monday there was a protest on the bridge in Český Těšín, photo: ČTK / Jaroslav Ožana

“People are worried about how long it will take.

“It has taken three months already and now we are not sure how long it will be before we can see the other side.

“On Monday there was a protest on the bridge. There were some moving moments when people, not only close people but actually both majors of the town met for the very first time face to face after the lockdown.

“And now with the Czech authorities classing the region in the red area [under their ‘traffic light’ scheme], along with Portugal and Sweden, this came as a blow.

“If we had known two weeks before, or own week before, this traffic light system was introduced, it would be OK. 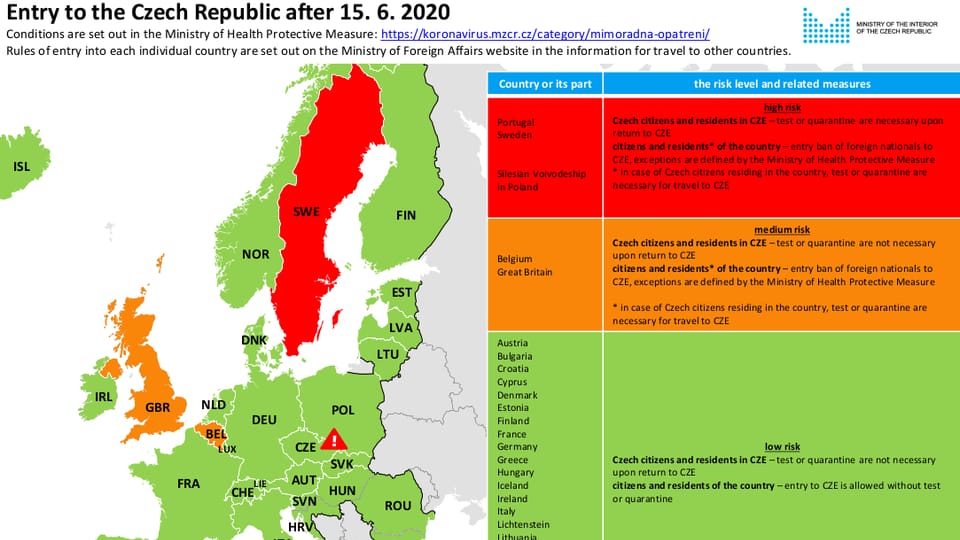 “But the news came just two days before this decision was applied.

“Nothing has changed here at the border. There are still police checking literally every person, every car, crossing the border.

“So people are really cross about the situation, and hopeless.”

Have you any when it might all end, when you might be able to live again as you did before?

“You know, this region is always dependent on other influences, on other political powers than its own.

“It’s ironic that exactly 100 years ago this town was split between Poland and Czechoslovakia, not because of the decision of the local people, but by because of a decision made by the European powers in Belgium.

“So people are really used to the fact now that they are deciding the fate of the region elsewhere, be it Prague or Warsaw, and sometimes deciding without really knowing much about the region.

“This is a very specific region and I think sometimes governments forget about this area being very, very specific in this sort of way.”