The city of Prague is one of the most beautiful in the world but no one visiting the Czech Republic should miss the South Bohemian jewel that is Český Krumlov, marking 25 years since its addition to UNESCO’s list of World Heritage Sites. 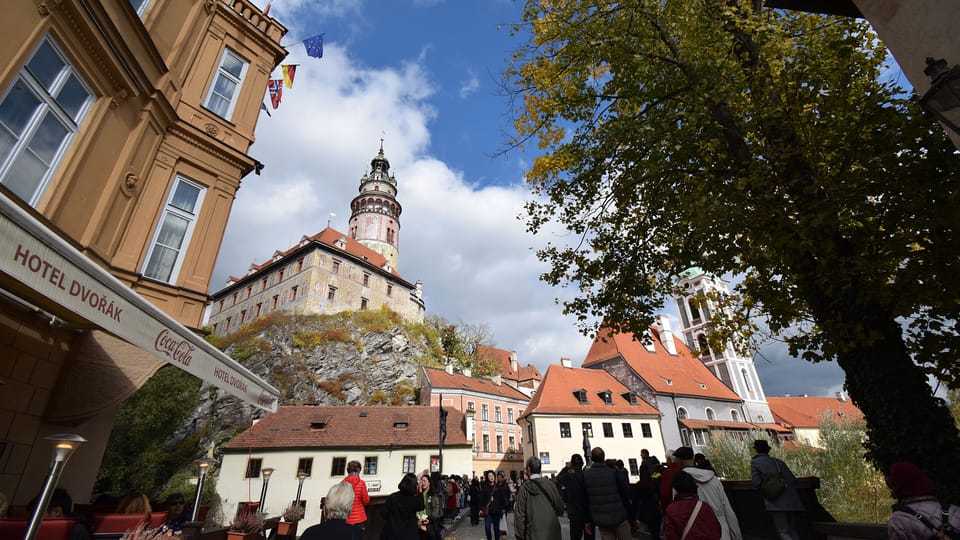 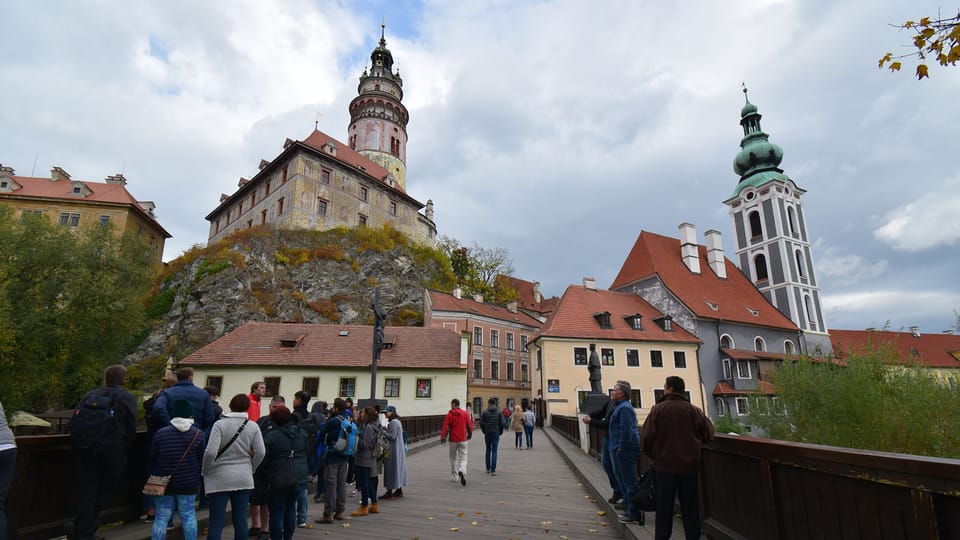 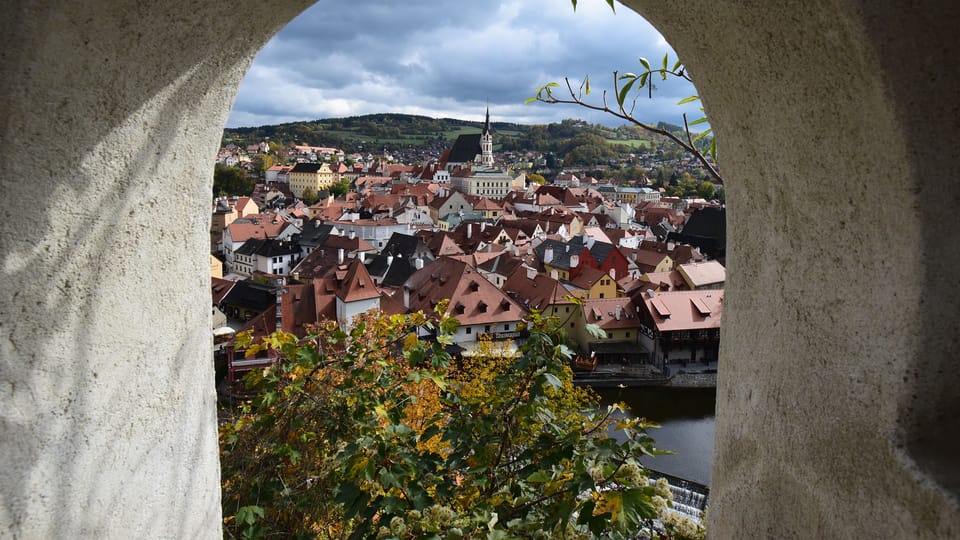 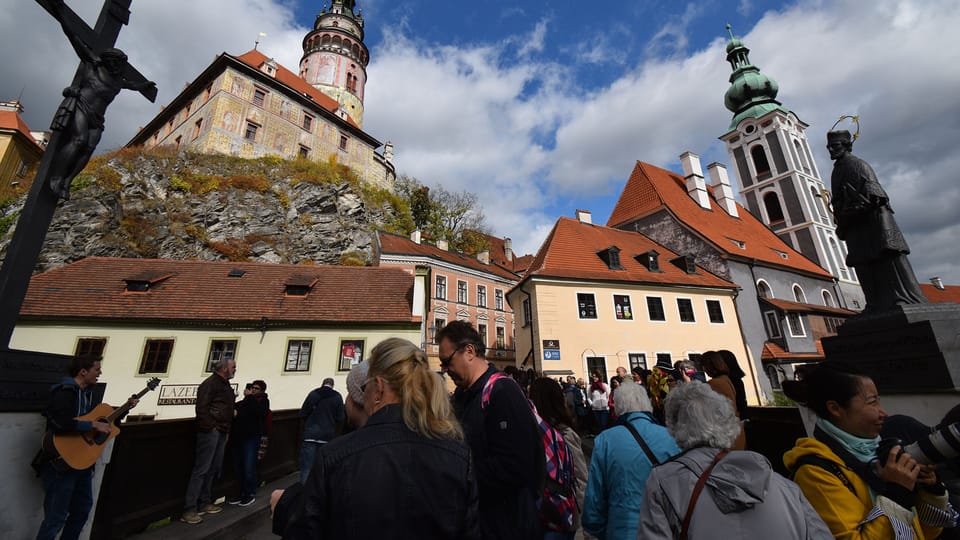 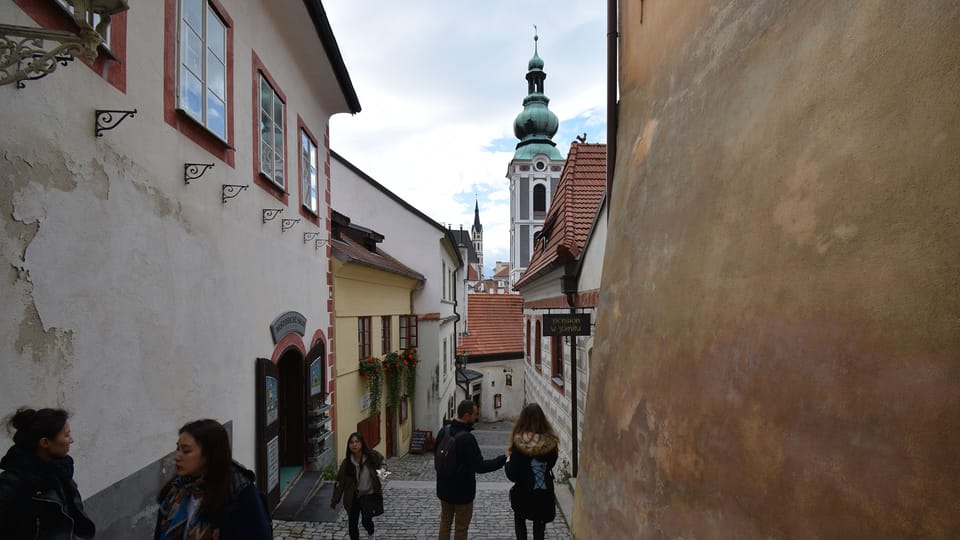 The town of just 14,000 inhabitants, which dates back to the 13th century, attracts roughly 800,000 visitors annually and there are plenty of reasons why: a stunning castle, castle tower and chateau on a rocky promontory overlooking a picturesque historic centre.

There is nothing more striking than crossing a bend in the Vltava River that circles around the famous teardrop-shaped town.

The town’s castle is second only to Prague Castle in size, offering eight tours covering history, arts and culture. It’s not surprising Český Krumlov (which has featured in numerous fairy tales, and oddly enough as a fictional town in Slovakia in the horror film The Hostel) attracts as many tourists as it does.

The town’s mayor, Dalibor Carda, says that in the early years after the fall of communism, many visitors were from neighbouring Austria and Germany, many of them Sudeten Germans in the border area whose families were expelled from Czechoslovakia after WWII. Since then, the town has only grown as a major tourist site – attracting visitors from near and far. Mayor Dalibor Carda:

“Tourism here changed quite a bit over the years. After the first boom of visitors from across the border in Austria and Germany after 1989, it grew quickly. A second wave of mostly Americans followed, some of whom settled here for good.

“We have some foreign nationals who have lived here for 20 years and made Český Krumlov their home. There is an Italian ice cream maker, jewellers from the Balkans who have been here for a long time, and Americans who stayed and also learned to speak Czech.”

Many people came to Český Krumlov in years when the majority of sites were still dilapidated after years of neglect by the former communist regime. In some ways, the poor state of things added to its initial charm and mystery. Since then, investment has seen most historic buildings revitalised and transformed. And the number of visitors has only gone up. The mayor again:

Dalibor Carda, photo: Ondřej Tomšů
“When it comes to tourism, the biggest changes there in the last three years, when there was a big increase in the number of visitors from Southeast Asia, due to a deal Czech Airlines with Korean Air. So we have a lot of tourists from South Korea and Japan. We have also attracted many more tourists coming from China. That is the newest wave from the last few years.”

Early in the morning, when we visited there were still relatively few tourists about – that would change in a little under an hour as tour busses rolled up. What in the 1990s was a backpacking set has since been at least partially replaced by large tours of 20 or more with guides holding up umbrellas weaving their way through Krumlov’s historic streets as they make their way to the castle. Chinese, Russian, and English are among some of the languages heard.

I spoke to a number of visitors on the town’s main square: Ingrid, Laura and Phil from Canada and Lin from Taiwan.

Ingrid: “We’re from Vancouver, Canada, and it’s very beautiful. We were in Austria first but we are here now and it is very beautiful, the culture is great, really nice.”

RP: Have you come for a few days?

“Just for the day and tomorrow we are headed to Prague.”

Debra: “We are travelling together, first time here and it is unbelievably beautiful. It’s a like a storybook. And we are moving on to Prague tomorrow.”

RP: Very positive so far but the weather needs to be warmer now. Yesterday was so picturesque, a great photo day, but today is a little grey.

Lin: “I have enjoyed this city. Yesterday, we went on a ghost tour and I also really liked that. It also had something with the history and the way that people used to live in this town.”

The biggest attraction in Český Krumlov, besides a top museum dedicated to the great Austrian painter Egon Schiele who was born there, is without a doubt the castle itself. No visit to Český Krumlov would be complete without it.

We spoke to the castle’s long-time manager Pavel Slavko, whose enthusiasm for the site and its many charms and secrets is boundless. He has done a wonderful job in promoting Český Krumlov over the years. Normally, he prefers historical studies and facts, but he acknowledges that legends about the site are many and enjoyed by many of the visitors. So he was kind enough to tell us one he liked, which will resonate with anyone with a busy job.

“Of course, countless legends accompany the real history of places like the castle at Český Krumlov. We have a specialist here in town, Mrs Braunová, who knows all the legends and myths. My personal favourite here at the castle pertains to buildings on the first courtyard, where it is said sometimes at night a terrible racket can be heard.

Český Krumlov castle, photo: Magdalena Kašubová
“It is said to be the ghost of a hooper who was sworn to deliver two barrels by the wine harvest. But he died before he could complete the work. So his restless ghost continues to reappear. It’s a beautiful legend which shows how one life is not enough to complete the job and how you have to continue even after death.”

Speaking of completing things on time, most visits to Český Krumlov by tourists are at most a single day and that is something of a conundrum: with so many castle tours to choose from, a famous Baroque theatre, gardens, historic squares, churches and a famous former monastery, not to mention a slew of famous restaurants (the hole in the wall Cinkánska jízba with only a few tables, comes highly recommended if you like traditional dishes and excellent sausage), a single day seems hardly enough.

Mayor Dalibor Carda says that there are those ‘in the know’’ who visit for four or five days when they come, to get the most of this rich and delightful city. Lodgings vary in price, he told Radio Prague, but he there was enough on offer for everyone, even those on a more limited budget.

The other paradox is that while Český Krumlov is undeniably one of the most beautiful cities some of us will ever visit, these days, sadly, it appears to be too busy.

Locals say that there is in fact, now no off-season. And that is a shame. It has made the town less attractive for those who live there, and even as a tourist, if you want to enjoy a pristine Krumlov, as I did more than 20 years ago, you have to get up very early to ever have its romantic streets, or overlooking castle, ramparts to yourself.

One person who calls Český Krumlov home is Saša Lieders, from Brazil, who fell in love with the town some 15 years ago and has mixed feelings about how things have gone.

“I came to Prague in 2001 and stayed for two weeks and loved it and came back again in 2002, when the country was hit by floods. My friend got me to come to Český Krumlov. I didn’t want to even see it, I loved Prague, but then I came and stayed three weeks.

“The reason I stayed for good? It was incredible: the buildings were not yet renovated and it felt like I had stepped into a real medieval town. And I don’t think they really thought what would become of it. I think it was just like we are growing, the money is coming in, things are going great and as for the town? We can think about that later!”

“I think it is most visible in that regular shops and services have disappeared. You used to have a local bakery, a hardware store, a seamstress, normal shops and these have gotten harder to find. There are almost none left.”

Both Martina and Saša are involved in an annual cultural festival (Zažít město jinak) which reclaims parts of the historic centre for one day for locals. Even tourists can take part of course but the idea is for the town to survive not only as a backdrop or as some kind of open air museum, but as a real, living city. For one day. Saša Lieders makes clear that while he still loves Český Krumlov, he doubts it will ever again be the same.

“So you are stuck with the problem of bringing people to the town and yet keeping businesses catering to locals to thrive. I don’t know if there is a solution, the genie is out of the bottle now.”

Next week we return with the third instalment of this series: Prague.