Californian artist proposes “Peace Dome” instead of U.S. radar base

Californian artist proposes “Peace Dome” instead of U.S. radar base

The Bush administration’s plans to build a radar base in the Czech Republic as part of the U.S. missile defence shield have stirred passions both at home and abroad. One of those who feel strongly about the idea is the Californian artist Kevin Kihn, who contacted Radio Prague with a rather unusual proposal. Instead of a radar facility, he suggested, why not build a Peace Dome in its place? We spoke to Kevin at his home in the town of Alameda, in the San Francisco Bay.

“I’ve been following Czech news online from time to time, and that’s where I learnt about the proposed radar facility, which I understand is associated with a missile emplacement that is to go in Poland. It’s my understanding that this idea is opposed by many Czechs, and that the United States government is trying to persuade them to allow this facility.”

You have a very unusual proposal to replace the planned radar base. Can you tell us a bit more about that?

“Yes. Of course I would like it to replace the radar base, but I conceive it as a challenge to that idea. The reasoning behind it is this: most radar facilities that I know of are housed in geodesic domes. I happen to be a student of geodesic domes. I’ve taken an interest in them.”

Can you explain what a geodesic dome is Kevin, for those of us who aren’t so familiar with them?

“A geodesic dome is basically a spherical structure with a triangulated structural pattern that is extremely efficient, lightweight and strong. It was invented in the mid 20th century by the architect and engineer Buckminster Fuller.”

And what kind of geodesic dome do you propose for the Brdy Hills, where the radar base is supposed to be built?

“I propose a geodesic dome as a work of art. As an artist, I take a great interest in perspective, and I’ve devised a way to project a spherical image on the surface of a dome in a mathematically consistent manner. The reason I feel this structure is suitable is also because of the philosophy of the inventor Buckminster Fuller. His whole idea in developing this and associated technologies was that it would be a desirable thing for humans to go from what he calls “killingry” to “livingry”, to using technology to make the world work for everybody on the planet in a peaceful manner.”

I suppose the Bush administration would argue that that’s what they’re trying to do: it’s part of a defensive system. After all, the radar base would help defend the Czech Republic from incoming ballistic missiles. What practical purpose do you think your geodesic dome would have?

“Practical it’s not intended to be. This is a work of art, and a way for the public, whose support it would need, to make a statement that preparations for war are not very desirable and not supported by them.”

Have you spoken to the White House or the Pentagon about your proposal?

Do you intend to?

“I’m sure they would not be enthusiastic.” 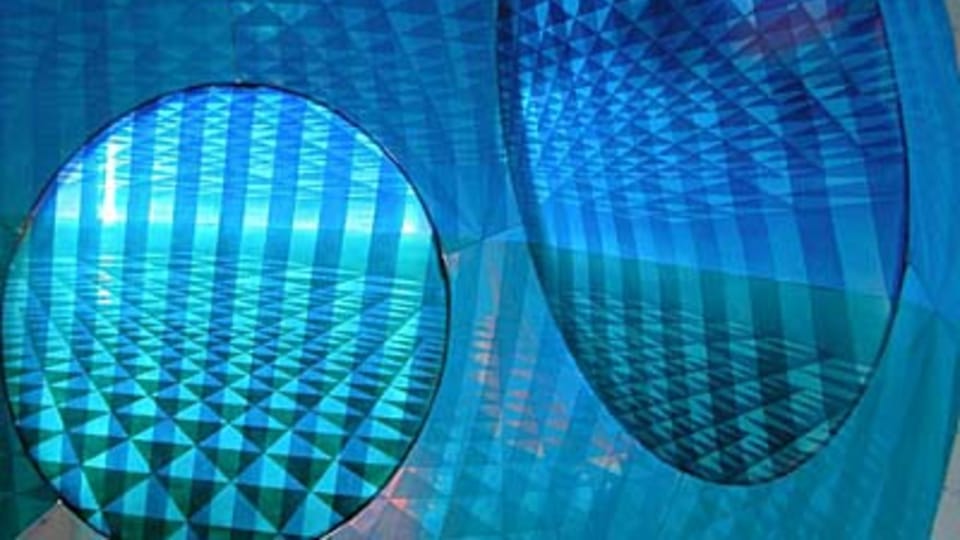