According to an old Czech saying, ‘každý správný chlap’ (every real man) should at some point build a house, father a son, and plant a tree. Viktor Filipi, our guest in this edition of Czech Life, isn’t quite there yet in the first two departments but the last category he knows a lot about. The 24-year-old – a student in his final year in the Masters programme in Landscape Architecture at Mendel University – began working on his family’s garden more than ten years ago; just recently it was voted by readers of idnes in a competition as “the most beautiful”.

Viktor Filipi
When I spoke to Viktor Filipi he told me more about how he got his ‘start’ when he was just a boy in elementary school:

“When I was kid, our family lived in a pre-fab apartment. But everything changed when I was 12: my parents bought a new home, about ten kilometres away, with its own garden. It was a completely different experience. It spurred my interest in gardening and made me interested in studying horticulture at the secondary school level. Later I continued in landscape architecture at university in Lednice.”

Even as a boy Viktor was allowed a greater deal of freedom than might be expected in designing the family’s garden; he says that everyone in the family had largely ‘industrial’ backgrounds. So he was given an unusually free hand:

“It was a lot of work: when we first moved in, there were metre-and-a-half tall weeds that had to be removed. There was lots of digging of soil involved, creating heaps, changing the shape of the ground. A pool was added, as well as a garage, where equipment and tools could be kept. Of course, as a boy my first attempts were basic, trial-and-error, but gradually I became more ambitious, drawing plans and so on.”

Since, the student of landscape architecture has come a long way, creating a garden full of nooks and crannies with artfully-tended hedges, palm trees, exotic flowers (including angel trumpets), soft grass, a small pond with water lilies and a small grotto under birch trees where one can meditate. Photos of the work in progress won Filipi first prize (and 30,000 crowns) at idnes, in the website’s hobby section. The garden isn’t even particularly large says the designer but is varied. It is all a question of aesthetics: balancing different elements to work together, variously receding or coming to the fore. And, in effect, no garden is ever really finished. Viktor Filipi again: 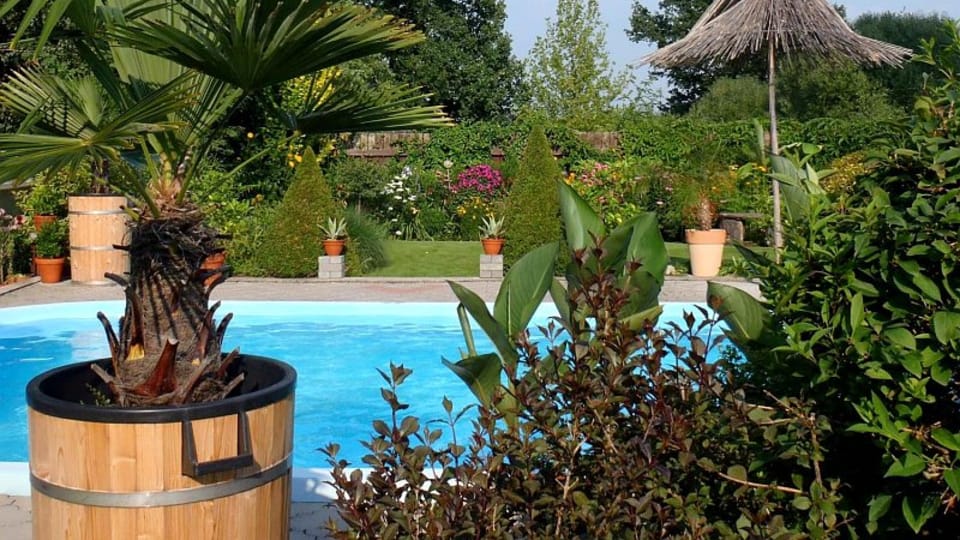 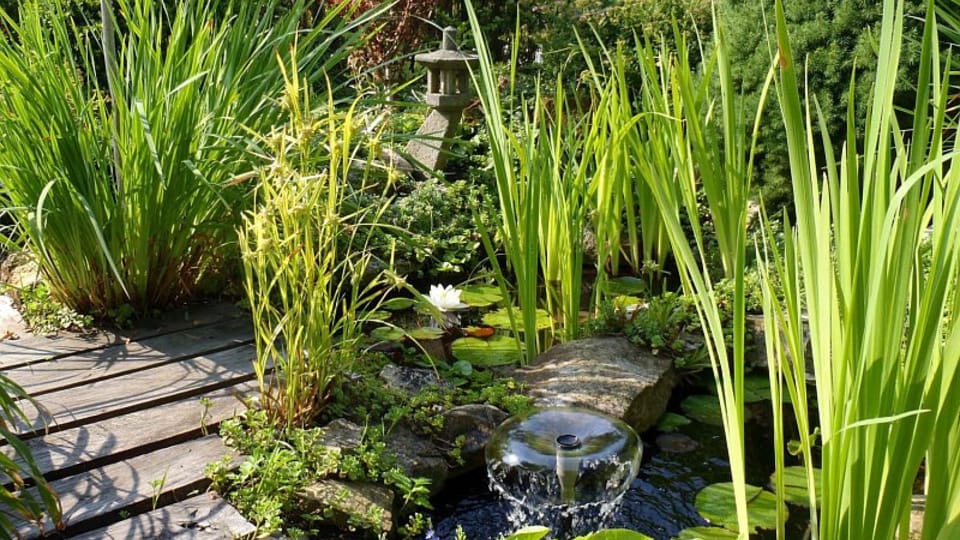 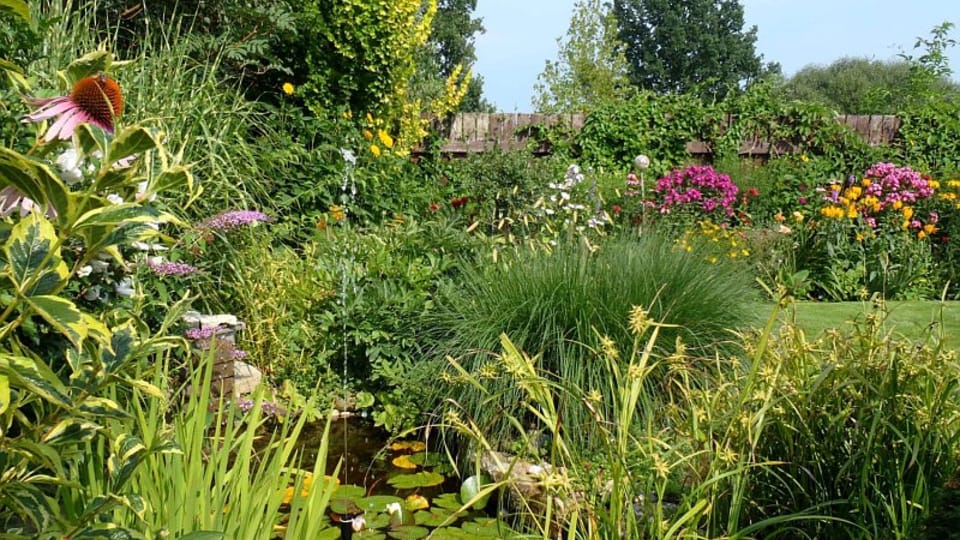 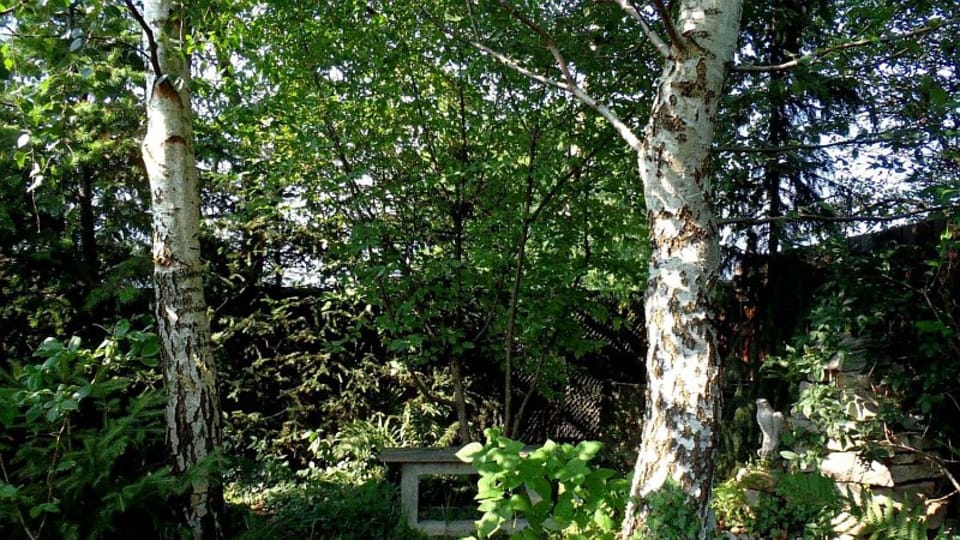 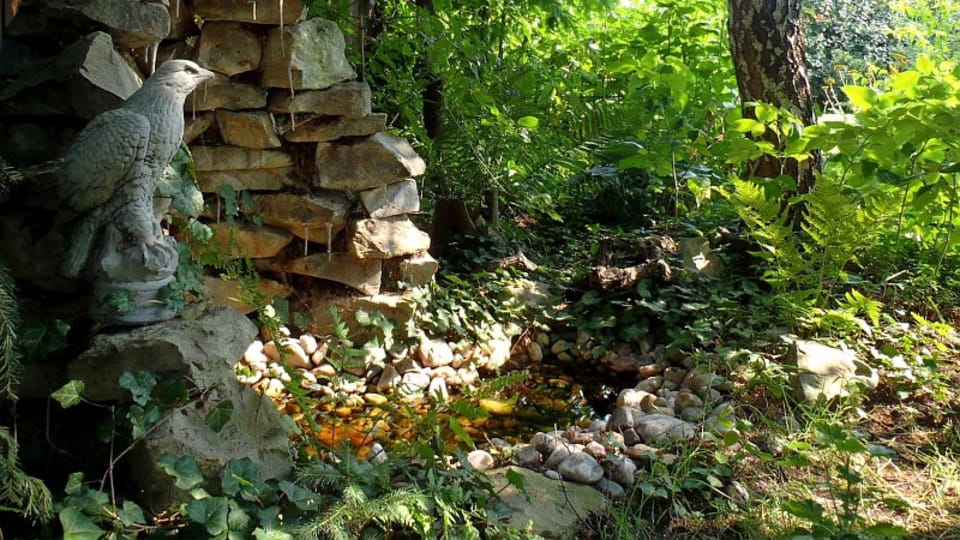 “Landscape or garden architecture is a bit of an unusual field. Like classic architecture it also allows you to create, but we are working not with static elements but with vegetation and also time. We have to project not only how things look now but how they will look years down the line. If you take public spaces in cities abroad I think greater care is taken in design. More consideration is given to how spaces serve individuals and how they develop. There is still a lot of room for application at home and it’s our job to show how things can appear over time.”

There are many notable examples in the Czech Republic where gardeners’ and landscape architects’ work is highly-recognised, not least at the country’s countless castles and chateaux. One example Viktor Filipi cites are the gardens in Litomyšl, in the Pardubice region east of the capital.

“Whenever I visit Litomyšl I am enchanted with how the town makes the most of its public space, how they work with vegetation. The monastery gardens are very famous... so for me visiting this town is really a matter of the heart. I always find something new there that is inspirational and they balance greenery and architecture really well.”

Spotted in someone else's yard...
Back home, Viktor admits that his garden is a bit of an experimental space, for trying out new ideas: for one, there are limitations of space, then there are personal preferences. It led me to ask, when it comes to amateur gardeners, for example, for whom their hobby is a source of pride and satisfaction, are there aesthetic rights and wrongs?

“If someone enjoys gardening, to no matter what degree, I don’t think it’s appropriate to come along and say ‘I wouldn’t do this or that’ or to try and force something on them. Once you hire a landscape architect it’s a little different: you point out elements that work together and how the whole thing might look. If it’s just a hobby for someone, it’s hard to hold things against them, even if they want to include a garden gnome in their yard. Sure, garden gnomes are frowned upon but if someone wants to have them...”

A diplomatic answer, perhaps by Mr Filipi, all the same understandable given how much some enjoy those clay gnomes or dwarves, banned or not at the prestigious Chelsea flower show in London. Still, I’m not sure you’d find one of the little guys hidden behind a flower pot in Filipi’s back yard.

The budding landscape architect has a year remaining in his Masters and I was curious to see what was next – whether he was already working professionally or would weigh next steps once his studies were completed. Here’s what he had to say:

“There are a number of possibilities: one is to continue studying and get a doctorate. Another is to try and get a job with an existing studio, to jump into the jobs market. School is good but experience in the work place is something else entirely. So I think it is a good idea to start working somewhere. Founding your own studio, thinking that you’ll start pitching designs, is unrealistic, I think, a utopia. I think it’s better to seek employment to gain experience and learn more by working with an existing company.”