With time everyone gathers some baggage. And with the Czech Republic’s main film studios, Prague’s Barrandov, having a history going back almost 100 years, there’s quite a collection of costumes, furniture, wigs, firearms, and even carriages that has been accumulated over the years.

Věra Krátká, photo: Ondřej Tomšů
And the total collection of film items, one of the biggest in Europe, is also a money spinner with the whole worldwide film industry ranging from ads to television series and costume dramas now employing a sophisticated system for borrowing items from over the globe. Barrandov’s special rental company, Fundus, is plugged into that sophisticated system with most of the items available to be rented for specific film projects or even by members of the general public.

The director of the collection and section is Věra Krátká and she took time to take Radio Prague on a tour of the impressive collection and explain how film designers draw on it for their specific needs. First of all, today’s multinational film business had moved on from the days when a lot of the costumes were produced locally for projects that were under preparation for many months and even years in advance. Today, the preparation times are much shorter but the offer for set designers and costume buyers is just a few clicks of a computer keyboard away. Věra Krátká explained how the old style system worked up to around two decades ago:

"It operated in two ways. In the 1980s and 1990s things that were produced in connection with projects automatically came to Barrandov and most things were produced in local workshops. At that time the workshops were a lot bigger but now they’re smaller. The trend now that you don’t produce and that is because the time to prepare and do that is simply not available. To give an example, there was a whole year for the preparations for Amadeus. Now, you have a month or sometimes just three weeks to get everything ready for the project and then they are ready to film.ʺ 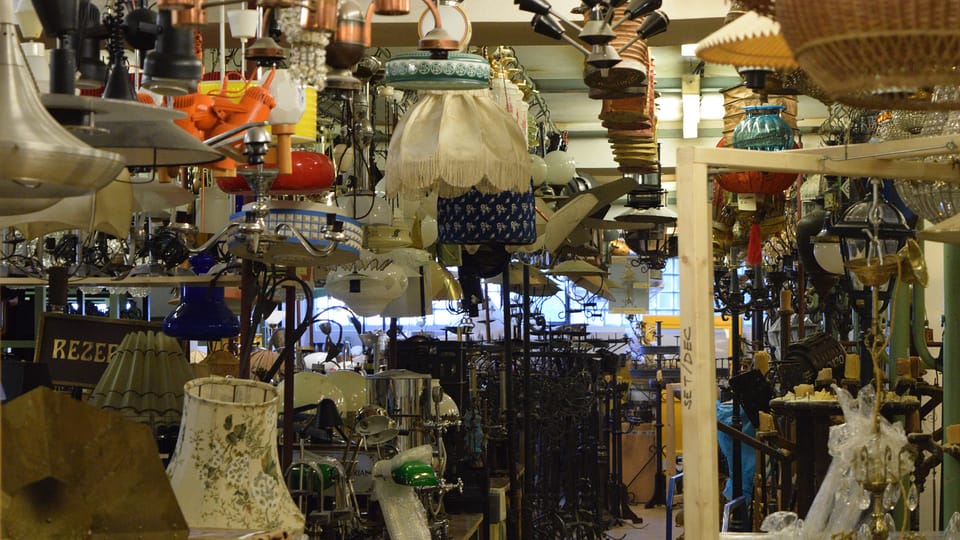 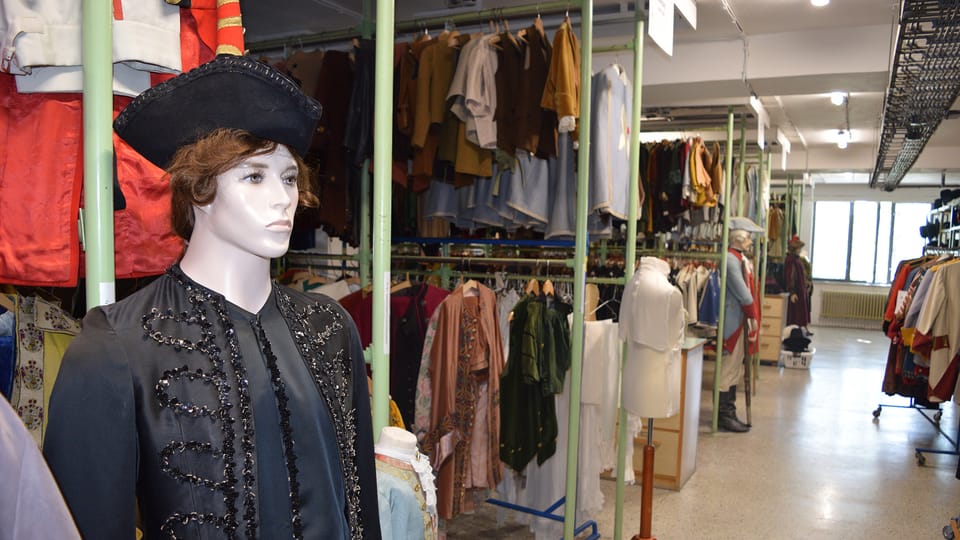 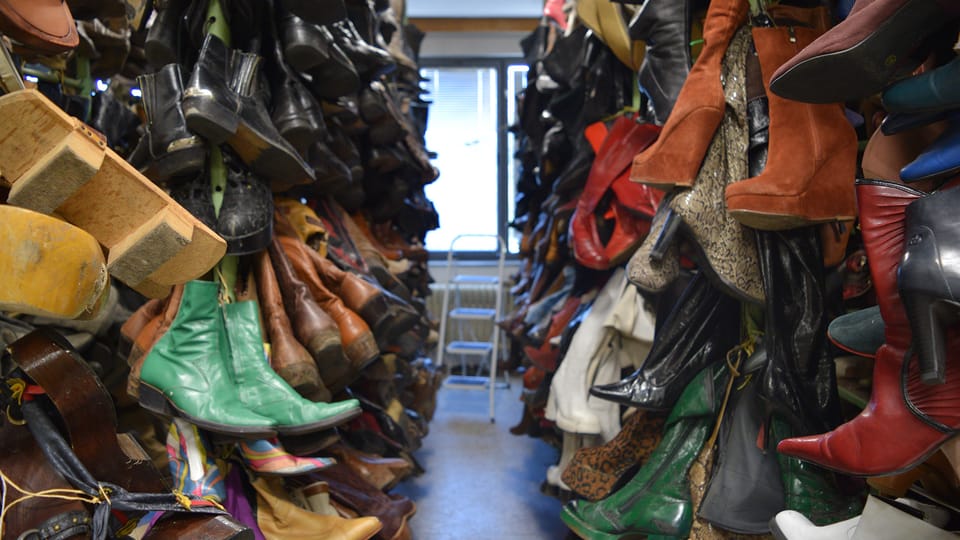 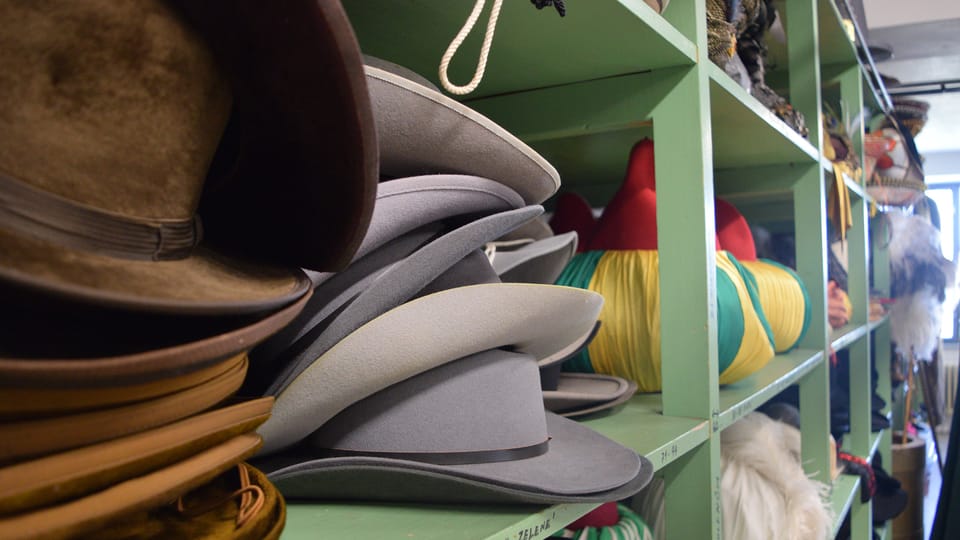 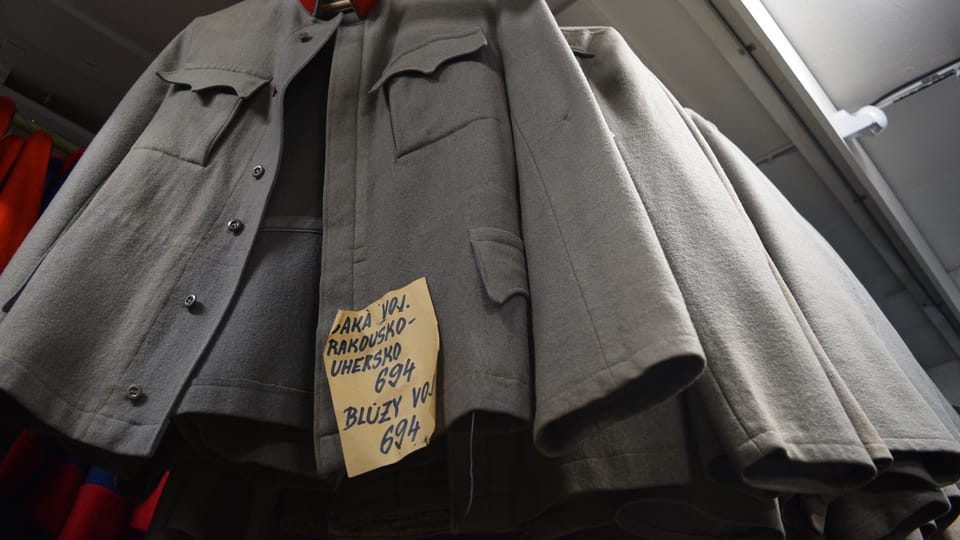 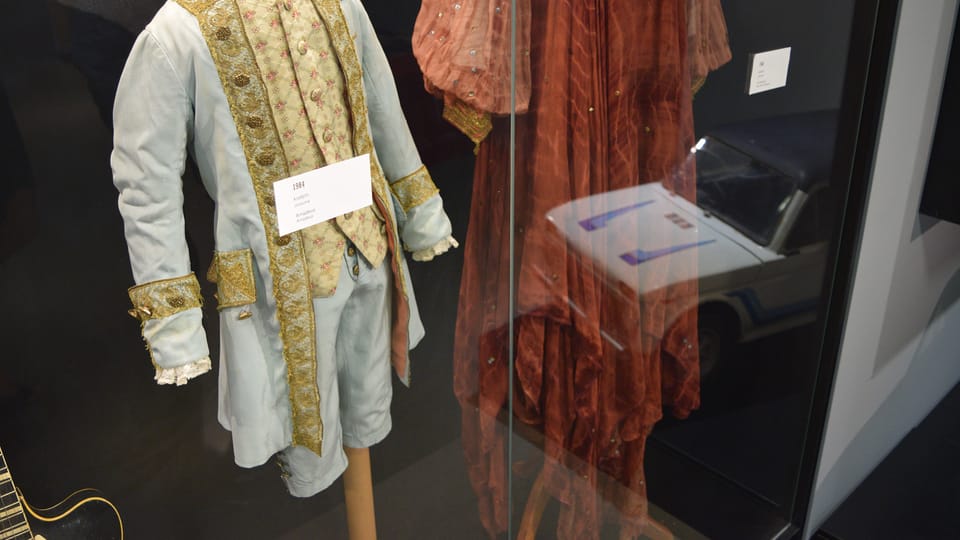 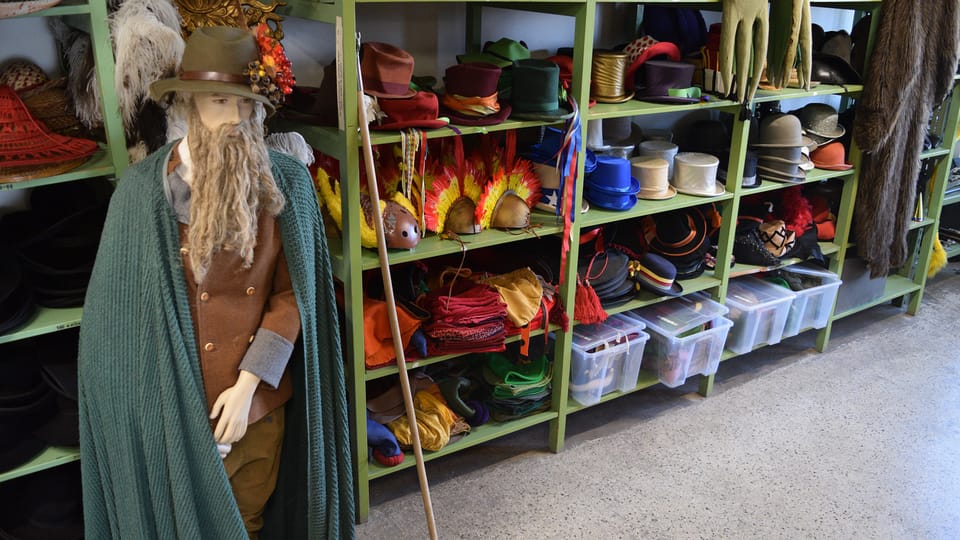 A few figures will put some shape on the film studio collection. There are, for example, 10,000 pieces of furniture, around 7,000 guns and other weapons, and around 30,000 carpets and other decorative items. Věra Krátká:

ʺIt’s very difficult to say how many costumes we have. I’ll put it this way, the whole collection has around half a million items in total. That is counting everything, costumes, extras, furniture and the rest. If we’re talking just about costumes, then it is 250,000 to 300,000 items. Attention, that is not about individual items but about costumes as a whole. Some of the costumes are made up of four or five items, so the overall total number of items is a lot bigger."

And for films and tv costume drama series it makes sense to throw the net as wide as possible and that often means that Barrandov’s collection will be drawn on for productions being filmed hundreds of miles away which have no apparent connection with the Czech Republic.

Photo: Ondřej Tomšů
"The trend today is to rent out the costumes and very probably from a number of different locations; from us, England, Spain with each location perhaps having a particular character to their costumes. When, for example, they filmed the television serial the Tudors in Ireland, they took from us costumes from the Spanish renaissance of that era. For westerns, they draw on costume rentals in the US, some from Italy, London, or Los Angeles. In that way, you can cover the visual effects needs of a film. For the main actors though you still have to tailor their clothes. Then the question is whether we do it ourselves in accordance with the wishes of the main designer or whether it is done by various other costume studious. On the other hand, there’s a trend today that as part of the film project a one off workshop is created and the costumes are made there. So there are many different combinations which differ from project and it’s up to the designer to choose which is the best one and which suits him or her the best.ʺ

And the collection can kit out anyone from a caveman to a cavalier from head to toe, from wig to boots, though they don’t necessarily have to be in perfect condition.

ʺBoots, boots, boots. And I like to say during the guided tours that we have, that naughty children will have to come and clean the shoes. Here there are thousands and thousands of pairs of shoes which are sorted according to historic periods. They must be kept in a decent state but attention, that means they have to be clean but does not necessarily mean that they have to be in a perfect state. If you need a pair of shoes that are falling to bits for a beggar or for Charlie Chaplin then you will be able to find them but they will be clean."

As you can imagine, there’s a cleaning and, if needed, repairs service for costumes when they come back. And there’s a regular around three times a year treatment for that uninvited guest, the clothes moth, if it’s looking to loan the items as well.

All but a small portion of the Barrandov collection of props and costumes can be hired. The exceptions are costumes that are clearly identified with famous films, such as Amadeus, or with famous Czech actors which are kept in house or exceptionally loaned out for special exhibitions.