A man searching for mushrooms close to his home came across a 3,300-year-old sword from the Bronze Age. The rare item has excited archaeologists who say they plan to dig in the surrounding area.

Roman Novák was indulging in a typical Czech pastime in the Jesenicko district of Northern Moravia when he came across a rare item.

“It had just rained and I went mushroom-picking. As I went, I saw a piece of metal sticking out of some stones. I kicked it and found that it was a blade, part of a sword. I then dug some more to find a bronze axe.”

Mr. Novák immediately contacted archaeologists who have since conducted several tests. These show that both the sword and axe date back to around 1,300 BC and resemble weapons used mainly in the area of what is today Northern Germany, says Jiří Juchelka, who leads the archaeology department at the nearby Silesian Museum.

“The sword has an octagonal handle. It is only the second sword of its type to be found here.” 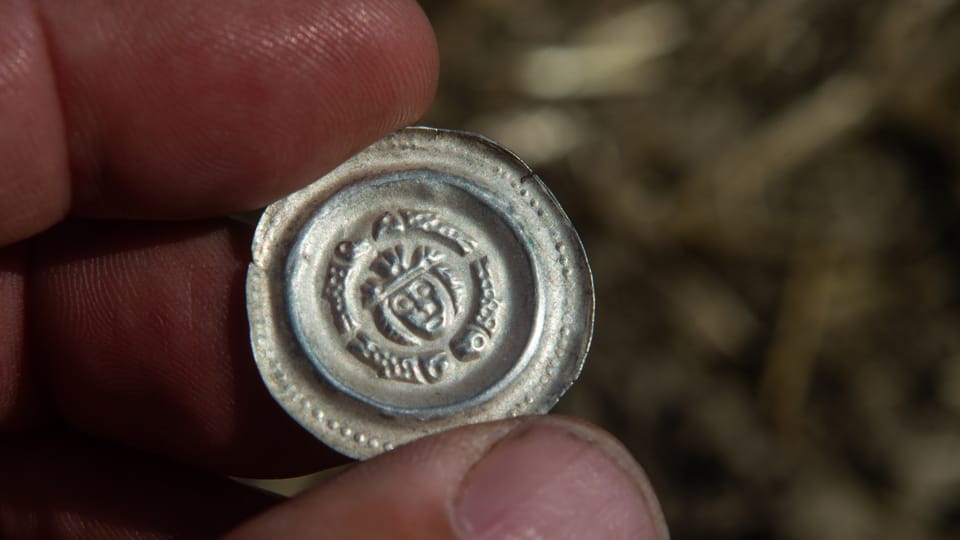 Experts say they were surprised to find such a sword in the Jesenicko area, because, at the time, it was sparsely populated. However, tests on the soil show that it is indeed local.

Mr. Juchelka says that a sword would have been an expensive commodity in this part of Europe 3,300 years ago, when the Urnfield culture was just getting started in this region.

Unlike with later iron swords which required the smith to hammer the red hot metal into shape, bronze swords were made by smelting bronze until it turned into liquid metal and then pouring it into a mould.

The sword from Jesenicko is not the best example of this method, Mr. Juchelka told Czech Radio.

“They were obviously trying their best, but the quality of the casting was actually pretty low. X-ray tests show that there are many small bubbles inside the weapon. This suggests that the sword was not used in combat, but was instead of symbolic value.”

His colleague Milan Rychlý, who works at the Ethnografic Museum of Jesenicko, says that an archaeological survey of the area where the sword was found will follow.

“It is like a puzzle. We just have four little shards from the story that took place right now, so we have to start piecing everything together.”

In the meantime, the Silesian Museum, in collaboration with other institutions, has commissioned several expert analyses of the sword after which the rare item is set to be exhibited in both the Ethnographic Museum of Jesenicko and the Silesian Museum.