A Scottish hero of the Prague Uprising remembers

A Scottish hero of the Prague Uprising remembers

The appeal "Volame vsechny Cechy" - calling all Czechs - is probably the best known recording in Czech Radio's archive. A radio announcer calls on Czechs to rise up against the German occupation. The date is the 5th May 1945, in the dying days of the war, and the broadcast marked the beginning of the Prague Uprising. In three days of fighting, over three thousand Czechs lost their lives, before the Red Army finally entered the city. Much of the fighting took place right here, in the radio building in Vinohradska Street. This Friday, as every year, wreathes were laid by the main entrance, to remember those who gave their lives. But not all those who helped to build the barricades in those dramatic days were Czech, as David Vaughan reports.

William Greig
The famous call for Czechs to rise up is remembered in a plaque that we walk past every time we enter the radio building. But if you listen to Radio Prague regularly there is another sound from our archives that you may well have heard us play over the years at this time of year; an escaped Scottish prisoner of war, appealing for help from a studio here in the besieged radio building:

"Prague is in great danger. The Germans are attacking with tanks and planes. We are calling urgently our allies to help. Send immediately tanks and aircraft. Help us defend Prague. At present we are broadcasting from the broadcasting station and outside there is a battle raging."

I had often wondered who this voice belonged to, how he came to be here, and whether he was still alive, so you can imagine my delight when I recently received an email from Linda McSherry in the UK, who told me that the man was her father, William Greig. He is now old and frail, she wrote, but still intensely proud of his contribution to the battle for the radio and of the Czechoslovakian Military Cross that he was awarded for his services rendered. After our first exchange of emails, Linda went to see her father and asked him to recall some of his memories. Here is an extract from the letter she then sent me. We pick up the story just after her father had managed to escape from a German camp, near the Czech-German border with several other prisoners, and had befriended a Czech family:

"The family fed them and gave them clothes and drove them to the railway station where they got on a train to Prague. It was arranged that friends of the family in Prague would meet them from the train, and that was where he split from two of the others as they thought they would have a better chance of survival on their own.

Czech Radio building in May 1945
"The family in Prague took him and his friend Tommy Vokes to the upstairs apartment in their home, where they were fed and looked after very well.

"At the radio, he remembers a flight of stairs with a small door, and behind the door was a tunnel. It was at the end of this tunnel where the broadcasting equipment was kept and where he made his first broadcast. He was asked to make a broadcast to the allied troops for help which he did, and the broadcast was even heard in his home in Aberdeen, Scotland as his mother recognised his voice, and was overjoyed to hear him.

Notification of the Czechoslovakian Military Cross
"My father and Tommy spent their days and nights guarding the radio and my father remembers lying on the stairs with his rifle pointing at the door at the end of the tunnel. He took messages from the Czech officials to the 2 university buildings which German regiments were occupying, as he had picked up a limited amount of German vocabulary. He remembers on one of the days walking through a park where children were singing English songs when he was approached by someone from the radio and asked to make another broadcast to ask all American planes who were in the area to send planes to stop a huge armoured column which was approaching. Later that day whilst lying guard he was told that the broadcast had been successful and that the armoured column had been blown off the road.

"My father was awarded the Czechoslovakian Military Cross for services rendered in the liberation of the republic of Czechoslovakia. He also received a letter from a friend in Czechoslovakia in 1945 saying that he he should get the Radio Memory Distinguished Order. My father was quite a modest man and never pursued this claim."

William Greig is one of many unsung heroes of the Prague Uprising, and it is thanks to people like him, that you can still hear our broadcasts today. So on this anniversary, many special thanks to you Mr Greig, and to your daughter Linda, who went to so much trouble sending us your memories. 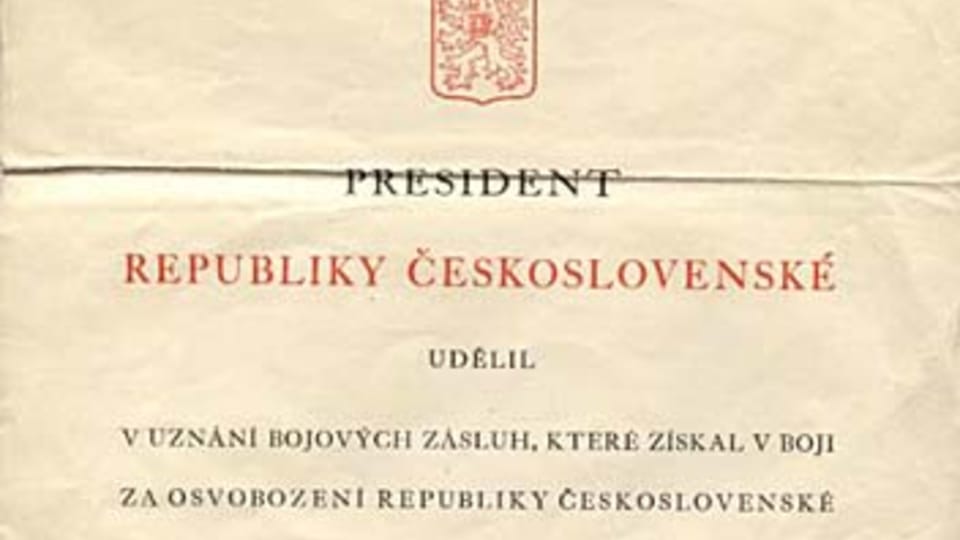 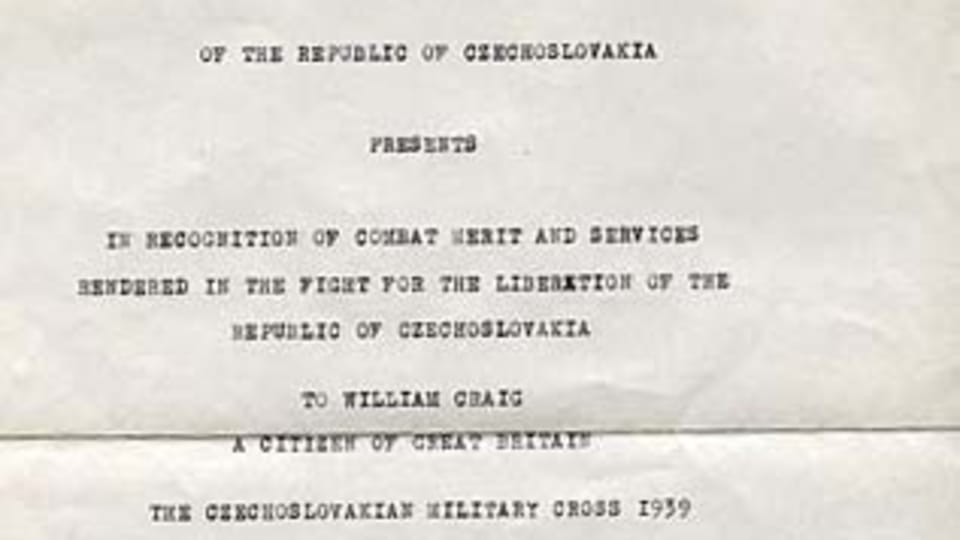 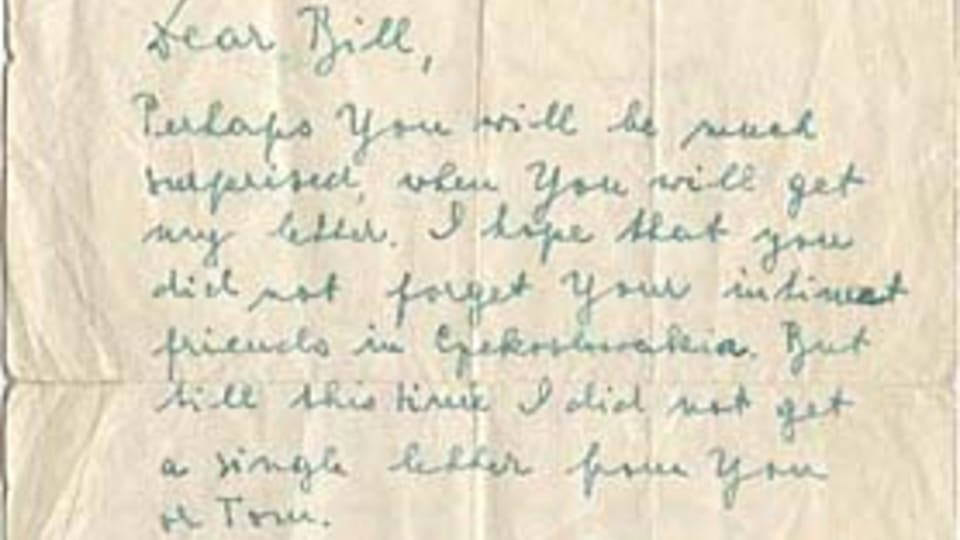 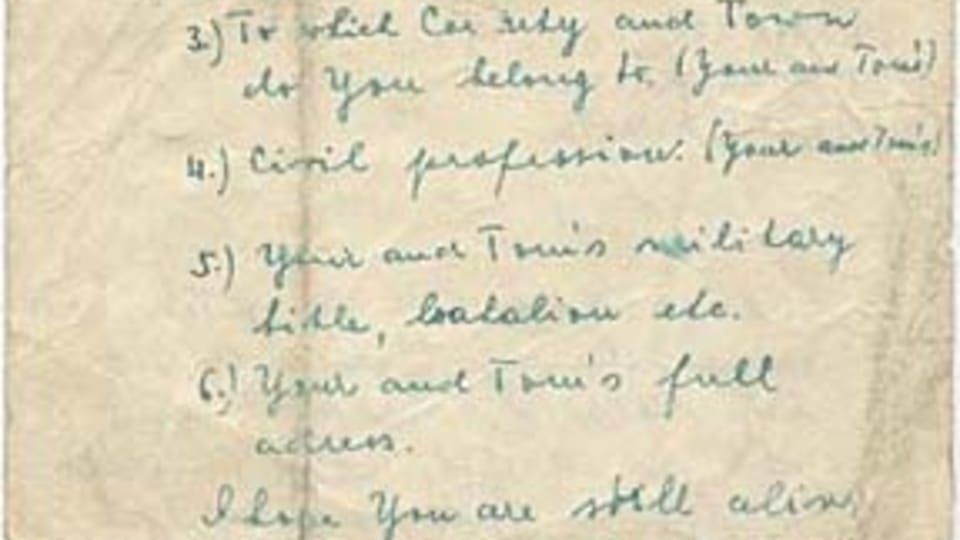