A homecoming for sculptor Cestmir Suska

A homecoming for sculptor Cestmir Suska

Sculptor Cestmir Suska has long been more popular on the other side of the Atlantic than here in his native Prague. But, with a current exhibition in the Czech Museum of Fine Arts, and one of his famous, beer-tank sculptures firmly fixed in Liberec town square, all of this could be about to change. Rosie Johnston has the story.

Cestmir Suska's recently opened exhibition at the Czech Museum of Fine Arts is not his first major show in Prague. However, it does represent art establishment recognition of the sculptor's work. The reviews have been glowing. Among the critics singing his praises is Respekt Magazine's Jan Vitvar:

"Cestmir Suska is really interesting because he is a very 'sensitive sculptor'. His work is really craftsmanly, and he isn't afraid to work on a very large scale. He isn't afraid to use so-called 'big' materials either. In the '90s, he was most interested in working with gigantic trees. Wood is considered to be a rather archaic material, to be used by carpenters, or people wanting to whittle little wooden figurines. And that is what makes Suska great: he manages to transform worthless old materials into something really contemporary."

Suska's sculptures come in glass, wood and metal, but one thing they have in common is their gigantic weight and size. Suska carves intricate patterns, which he says he gets from curtains and lace table-cloths, into industrial junk, such as gas and beer canisters. The end result is that his massive, weighty sculptures seem skeletal and frail. At his barn-like Prague studio, I asked the artist himself about how he handled different materials:

"At first I felt that metal was something that was man-made, which is partly true, but all materials comes from nature, only in different ways. And I have to say that I work with metal in the same way that I work with wood, only it is easier, because I just go to some scrap yard, and it is so easy to find beautiful shapes, they are waiting there to be destroyed and I revive them. I bring them to my studio and I change them into what I hope is a beautiful sculpture. It's like in a fairy-tale, when a frog is changed into a prince." 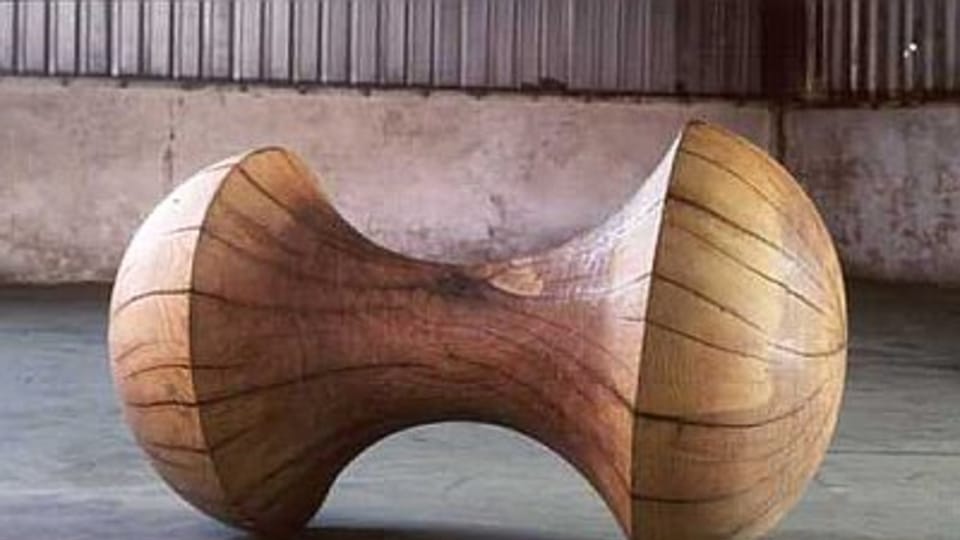 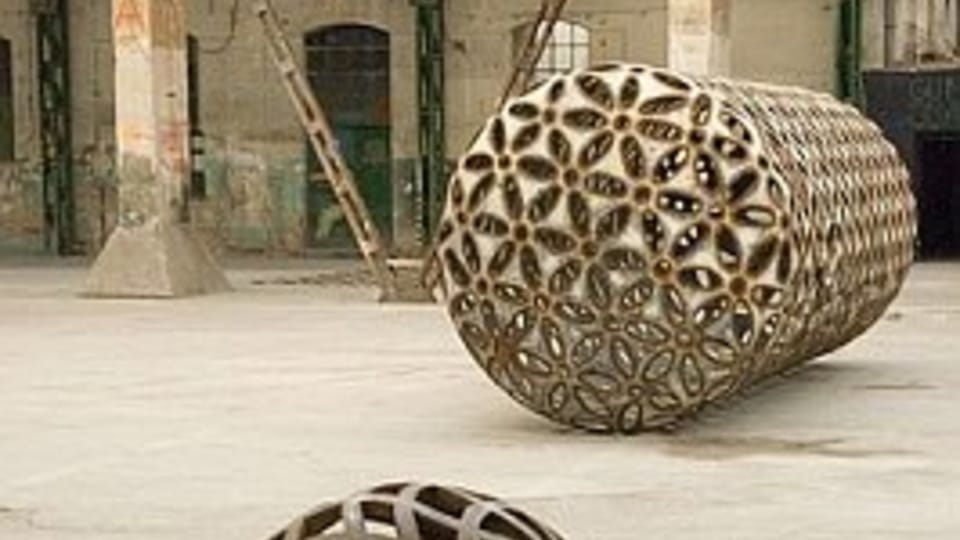