Almost everyone has scored goals with a soccer ball before but have you ever gotten a hole-in-one? If you have no idea what we mean, find out in in this week’s Czech Life.

“We can say that the sport has been played for over 30 years in some form but the world association was founded only in 2014, so it is obviously still very young.”

How long has it been here in the Czech Republic?

Photo: Archives of Fotbal Park Dymník
“Basically it started here just last year. We founded our own course two years ago and now there are four or five in the country. The sport came from Denmark but it is also very popular in Germany. The Swedes also play, the Norwegians.”

From the name it is pretty easy to understand what this game is about, but what aspects does it share from either football or golf?

“In many ways it shares more similarities to golf. You play by similar rules, you have 18-hole courses, the point is to get the ball to the hole with the fewest number of kicks and of course the big difference is that you are using your leg and foot and not a golf club.”

I read that Dymník was the first certified football golf facility in the Czech Republic – what were some of the advantages – or disadvantages for that matter?

Photo: Archives of Fotbal Park Dymník
“We created two world-class courses, called Fun and Pro and I would say that the advantage is that it is located within nature in a nice area. It is the one of the biggest such courses in the world. We were the first. A disadvantage for some might be that we are at the northernmost point of the Czech Republic, 100 kilometres or so from the capital, so it might be a little far for some.”

How big are the courses? And what is the distance between holes?

“The courses are over a kilometer long. The Fun course is a little easier, so you might kick the ball over 80 metres while it would be up to 150 metres for the tougher, Pro, course.”

“Some of the skills involved in football golf are different. Generally, you have to think very carefully about some of your shots.”

Is it fair to say that people who are experienced kicking the ball around, playing football or indoor football, have an advantage?

“Actually, we found that wasn’t really the case. Some of the skills involved in football golf are different. Of course, it can be an advantage in terms of accuracy but you also have to think tactically about your shots. We had the official indoor football team here they were surprised. Generally-speaking footballers take greater risks and those don’t always pay off. You have to think through ever shot.”

Photo: Archives of Fotbal Park Dymník
It shares aspects of minigolf, with both natural and man-made obstacles. Who designs the courses?

“Dymník was designed by my father – with a lot of input from player Tomáš Neumman who is very experienced in the game. On can say that the sport is still in baby steps but we are happy with where things are now.” I guess you can tweak that different obstacles or distances until you get them exactly right…

“Antonín Panenka has given the game a boost; when he visited our course he did quite well and said he enjoyed it.”

How big a boost was it when the great footballer Antonín Panenka, the scorer of that famous cheeky spot kick which won Czechoslovakia the 1976 European Championship, visited?

“Of course it meant a lot. Visitors were excited about talking to him and getting photographs, he is a celebrity. And attendance by someone like that helps a lot in promoting the game. He also did quite well on the course and he enjoyed it. He said he had had some knee problems and that there were no problems here.” 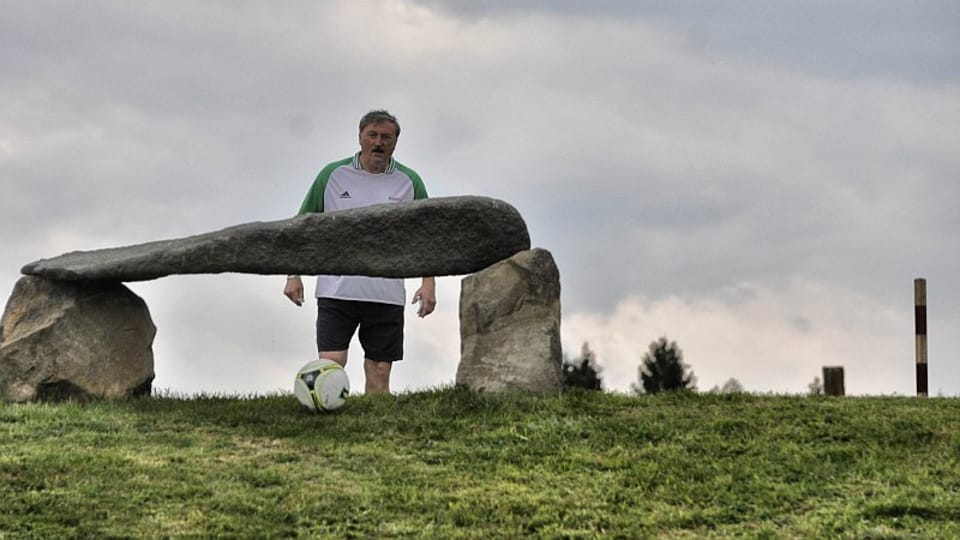 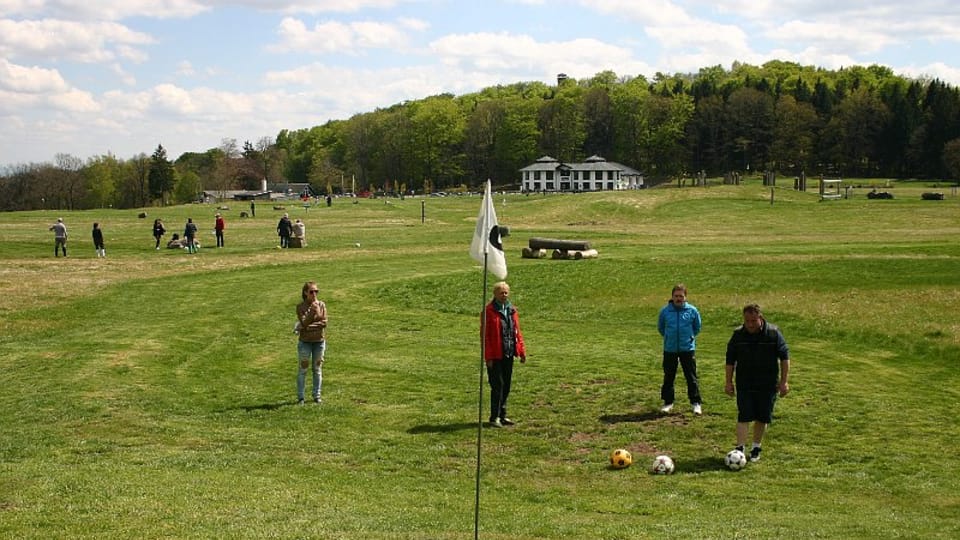 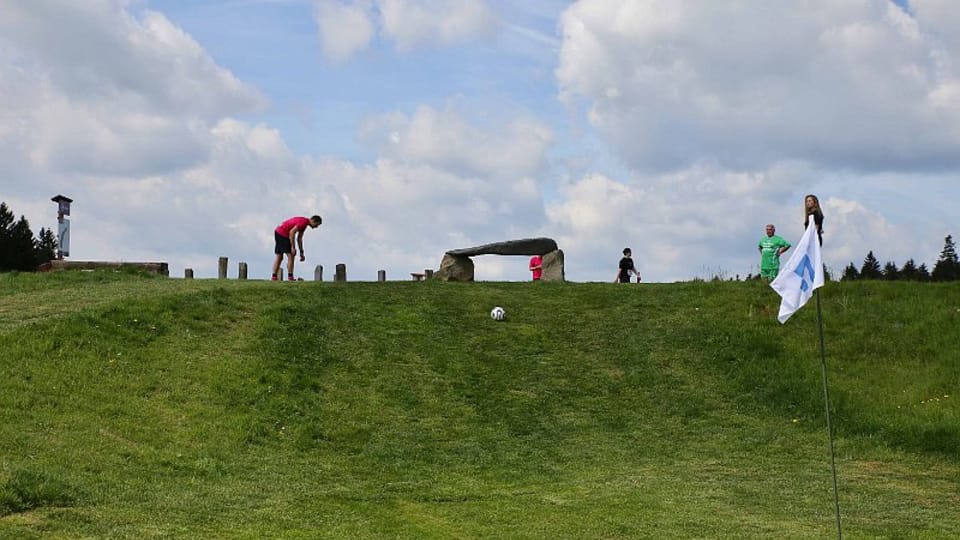 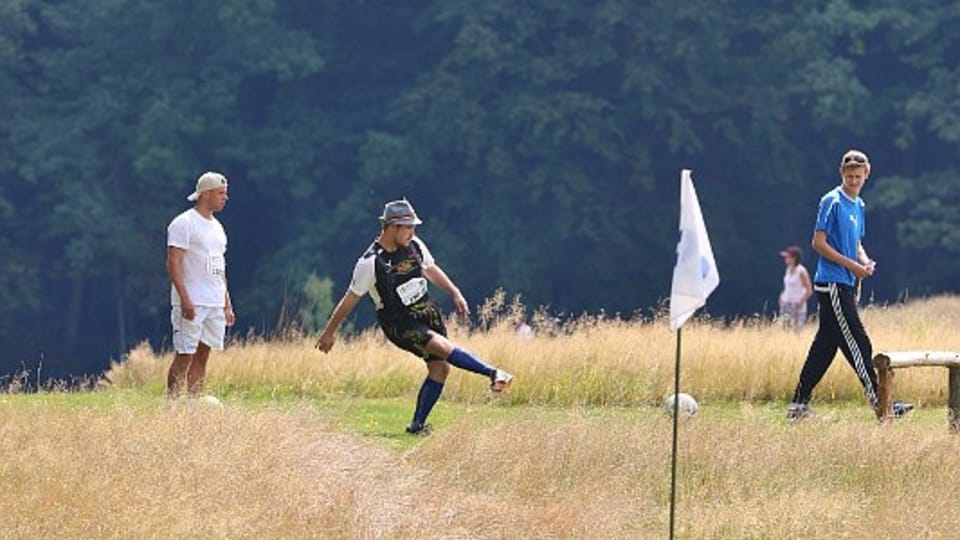 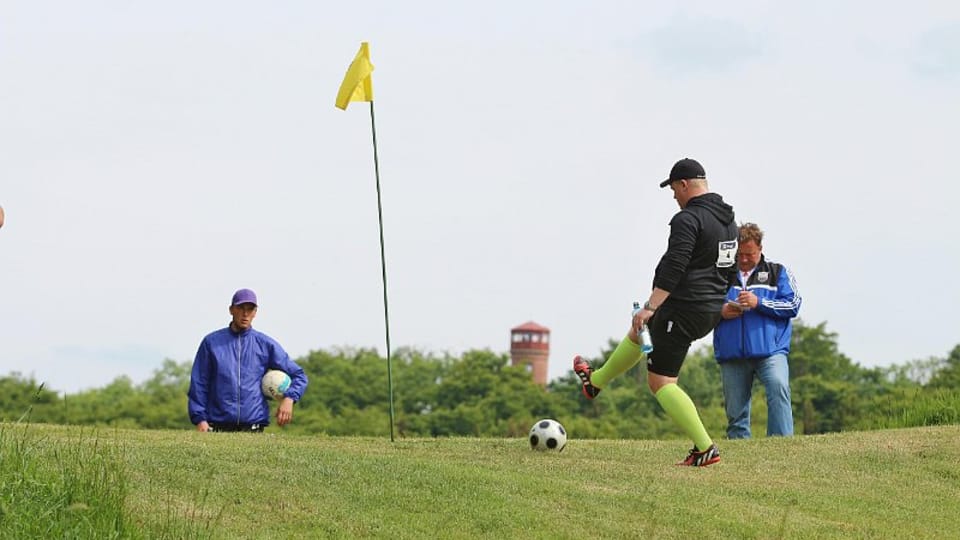 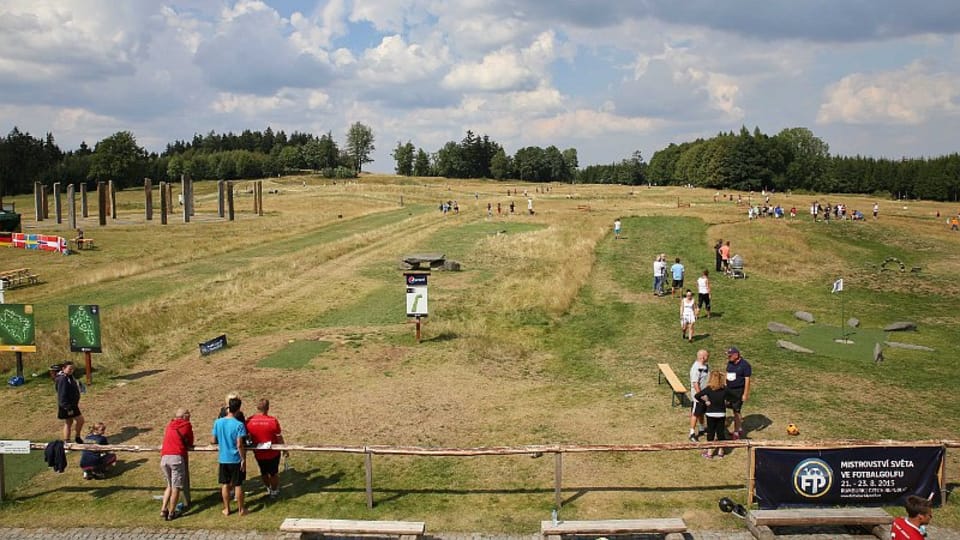 As we mentioned, you don’t have to be a famous footballer to play – this is a pastime which almost anyone can try…

“Absolutely. It is for kids to adults and it is very accessible. The oldest person we had in a recent tournament, for example, was 87.”