Thirty years after November 17, 1989, the Czech Republic sees perhaps the largest commemoration of the Velvet Revolution this Sunday. Politicians, artists, academics and the wider public are all paying tribute to the revolution which ended communist rule. The role of Václav Havel, as well as various liberties gained through the revolution are among those repeatedly highlighted by speakers from much of the political and social spectrum. But some have also been loud in voicing their disapproval with the current government.

Photo: ČTK/Václav Šálek
Andrej Babiš, photo: ČTK/Michaela Říhová
During the early morning hours Czech Prime Minister Andrej Babiš, who was the main target of perhaps the largest public demonstration since 1989 on Saturday, laid a wreath at the Velvet Revolution memorial on Prague’s Národní třída. He was accompanied by heckling and booing from onlookers who highlighted his past as a Communist Party member and listed agent of the State Security Service according to Slovak archives.

A few hours later, the prime minister, his tie, which some said bore Russian instead of Czech colours, changed, gave a speech at the opening of a special exhibition on the Velvet Revolution at the National Museum. In it he called the Velvet Revolution the “most important event in modern Czech history” and paid tribute to Václav Havel, while also saying that he was not proud of having been a Communist Party member and that he lacked the “bravery and engagement” of those who partook in the protests of 1989.

However, he also stressed that “free democratic elections” had brought him into office and called on unity, saying “we are all Czechs, citizens of a country that is doing well, with a great, hard-working and creative population”. 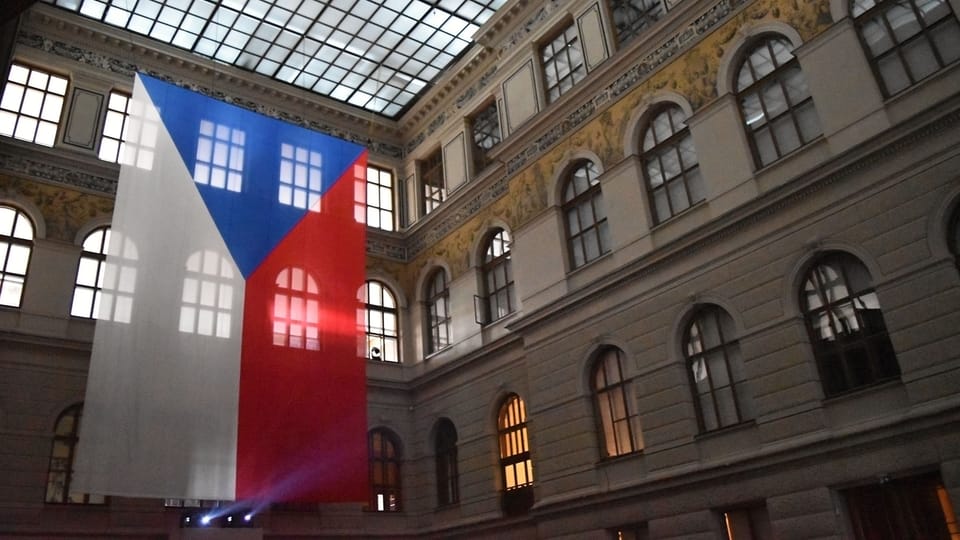 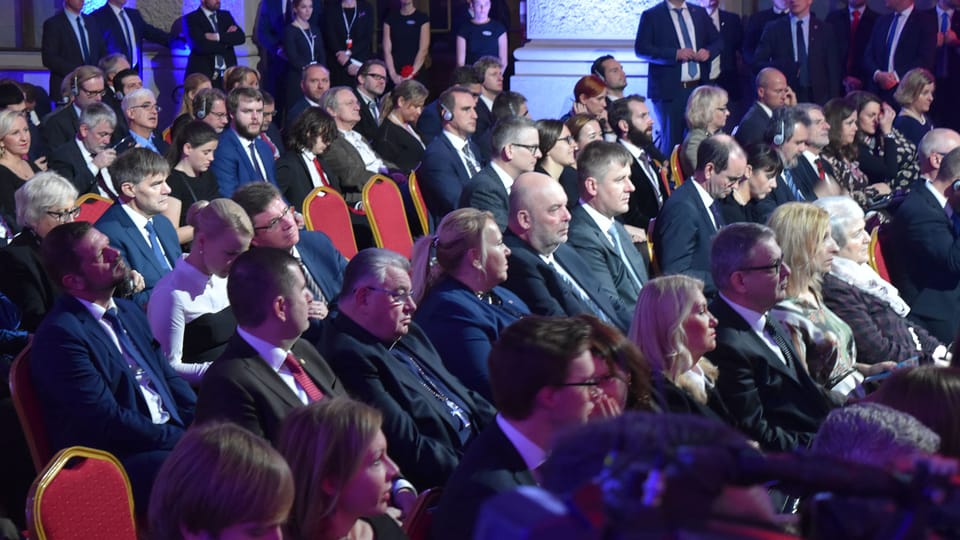 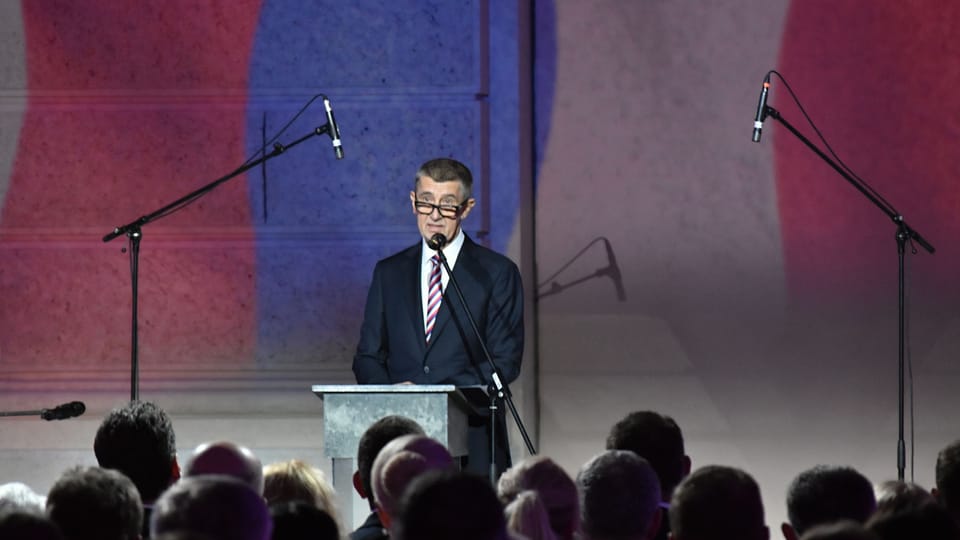 He was not the only individual to be greeted with booing. Jan Hamáček the Chairman of the Social Democrats, who are currently in a coalition with Mr. Babiš, was heckled on the same spot. Later in the day, the rector of Charles University, Tomáš Zima, faced shouts from some attendees reminding him of his past membership in the Communist Party and calling on him to resign, during a speech he gave in commemoration of the Nazi crackdown on Czech higher education institutions at Albertov.

Marek Výborný, Petr Fiala, Vít Rakušan and Jiří Pospíšil, photo: ČTK/Kamaryt Michal
Meanwhile, the leaders of the political opposition paid tribute to Václav Havel at his grave in Prague’s Vinohrady Cemetery. Petr Fiala, the leader of the Civic Democrats, currently the second largest party in the Chamber of Deputies, said that he does not expect Mr. Babiš to fulfil the demands set out by protesters on Saturday and that the only way to change the situation was through elections.

Yet despite the confrontations this is mainly a day when Czechs come together to commemorate the events of 1989. Repeatedly the benefits of the Velvet Revolution such as democracy and freedom of speech have been stressed.

Thousands have packed Prague’s Národní street to attend the many debates and shows dedicated to 1989. While on Wenceslas Square the "Concert for the Future” is seeing some of the country’s biggest musicians and intellectuals gather on the stage.

Photo: ČTK/Michal Kamaryt
A recreation of the November 17, 1989 march from Albertov to Národní třída, organised by students from Charles University, took place at during the afternoon. Shortly thereafter, another march, this time a contemporary carnival with a satirical take on current political issues set out from Prague’s Kampa Park towards Hybernská street.

Regional capitals across the country are also paying homage in their own specially prepared events. In the Moravian capital of Brno 6,000 keyrings were made, commemorating the famous “ringing of keys“ by protesters during the revolution, while in Plzeň, schoolchildren were invited to partake in the painting of a “wall of peace“.

Celebrations will continue until the late evening hours.