One of the VIP guests at this year’s international film festival Febiofest was 1950s Hollywood actress Kim Novak, best known for her lead role in Alfred Hitchcock’s famous movie Vertigo. Born Marilyn Pauline Novak, to Czech parents, Kim dreamed of becoming a great artist, and she even won two scholarships to the prestigious Chicago Art Institute, but her life followed a different path after she was discovered by a Hollywood agent.

Kim Novak, photo: Miroslav Krupička
She signed a contract with Colombia Pictures and was soon playing alongside stars such as Jimmy Stewart, William Holden and Frank Sinatra. But, ten years later, at the height of her fame she decided to walk away from Hollywood and realize her childhood dream of becoming a painter. And it is predominantly in the role of a painter that she visited her old homeland –showing her work at an exhibition in the Strahov Monastery in Prague.

At a press briefing in Prague last week the actress said that she was extremely grateful for all that life had brought and for the perspective she gained while working with great artists in Hollywood.

“One of the things that have really helped me with my art, that I have been so grateful for, is that I’ve been an actress. To me it was wonderful that I had the opportunity to go to Hollywood. That has been a terrific advantage because I worked with so many great directors and actors who have given me wonderful lessons that I have been able to use in my art. They have taught me so much. For instance Alfred Hitchcock was a great teacher for me because he taught me a sense of mystery. I have learnt the lesson of giving mystery in a painting and also giving clues, but not giving all the clues. I remember saying to him “I don’t understand some of the scenes, everything doesn’t make sense” and he said “ah, but that’s what mystery is, my dear”. And I though, that’s interesting, you are right, don’t always give away everything. And that’s true in a painting as well. In a painting you do not want to explain everything. Always leave a little something for the imagination. And with Billy Wilder it was the same thing, and all the great directors I have worked with …there are things in my art that I have learnt from the great directors, because whether in art as in movies - there are things that you learn from great people in whatever medium they are.”

“Alfred Hitchcock tought me the importance of mystery in a painting”

Despite the glamour of Hollywood Kim Novak says her life in the limelight as a box office star was not easy. After a decade in the entertainment industry she withdrew from the public eye –to use her own words “not wanting to fall prey to the tragic endings that often result when stars and sex symbols get lost in an identity crisis”. She reflected on who she was and what she wanted out of life and did what she wanted to do most – paint. She says painting proved therapeutic at many points in her life –during times when she suffered depression as a result of a bipolar disorder, when her home burnt down twice and when she fought a battle against breast cancer. It was in Hollywood that she first realized the power of art therapy.

“For me art, in my career, has saved my life. When I could take Hollywood no longer that’s how I got through it. I used to paint the characters as I saw them when I first read the script. So I got to know the characters by painting them, by drawing them. And then when I left Hollywood I left because I wanted to go back to my painting and that’s when I went back to it, I started studying again and working as an artist.”

Self-portrait, photo: Miroslav Krupička
Today Kim Novak is a vocal advocate of art-therapy for mental health problems and it was one of the reasons why she decided to exhibit her work in Prague. Her paintings are impressionist and surrealistic. The colours are strong and vibrant and the paintings often have a dreamy character, weaving together nature-and- people motifs that reflect the author’s inner world. One of the most interesting is a self-portrait that she painted after leaving Hollywood. She says the painting reflects both her bright and dark side. Kim Novak is also a poet – another outlet for her emotions – and many of her paintings are presented together with a verse.

“I paint in a way that I want you to be able to not just look at a pretty painting –to me that’s not the object of it – but I want you to stop and think about what is going on in the painting. It is not just a pretty painting, it is saying something and you need to think about it. And I am also a writer –I have been writing poetry all the time since I was a child – and so often, not always, I add a verse to the painting. And what you see is not always what it is. You need to be able to comprehend what is there and so you need to think about it.”

Although Kim Novak has painted for many years now it took her a long time to show her work to the public. Her first exhibition was in the US last year. She says she finds it hard to part with her paintings and doesn’t sell many. She also doesn’t care about critics – feeling it is essential to keep her voice pure and express her feelings no matter what others may think.

“I have never been fond of critics, because critics –in the past – have never been that fond of me. I mean that’s OK, but I don’t want them to influence my life because it is important to me to say what I have to say without being influenced by what someone thinks of what I have to say. Because what I have to say needs to be pure –in my paintings as well – and I don’t want it to be influenced by what is popular at the time. Because if Alfred Hitchcock had done things the way other people wanted we would have changed Vertigo many times and it wouldn’t now have been voted as the best picture ever made. It is important that he did it the way he wanted it done and therefore I too have my own voice and I think it is good that I have my own voice.”

Many people out there may be wondering when Kim Novak will re-tell the story of her life in a book of memoirs. Actually the actress wrote her memoirs –and unlike many others she did not take a ghost writer – she wrote the memoirs herself page after page –mixing the present with the past to give readers insight into the good and bad, the glamourous and ordinary days of her life. By some strange twist of fate her home burnt to the ground and the memoirs were destroyed.

“I wrote my book and I kept the back-up copies in my house unfortunately –and my house burnt down. Second time, different house. You might say bad luck, but I call it fate you know and I took it as a sort of message that the important thing was that I wrote it. It was almost complete, really. The important thing is that I did it and it was a catharsis. I shed some tears, but that is a catharsis too you know, and I cry a lot. And I thought –how important is it that it comes out? I write a book, some people like it, a lot of people don’t, they criticize it – but again, that’s going with the critics…is that important? Not really. The important thing is that I did it.”

Kim Novak has acted in approximately 30 films, her last in 1991. Although she have never received an Oscar, she was given a Golden Globe and has been honored with the prestigious Golden Bear Award for Lifetime Achievement. In 2003 she was presented with the Eastman Kodak Archives Award for her contribution to film. She has not ruled out making another movie –if the right offer comes along – but today she is more of a painter and poet than an actress. Her exhibition at the Strahov Monastery in Prague runs until April 19. 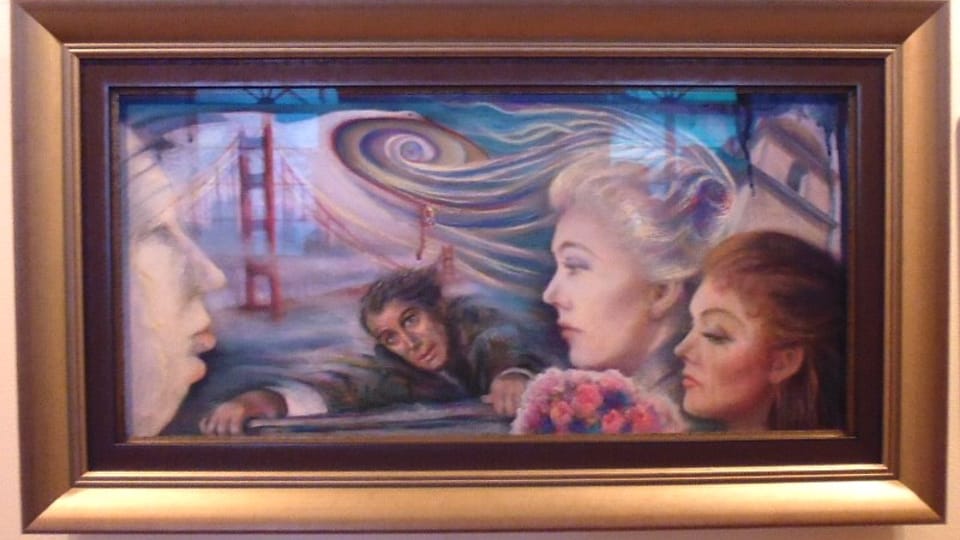 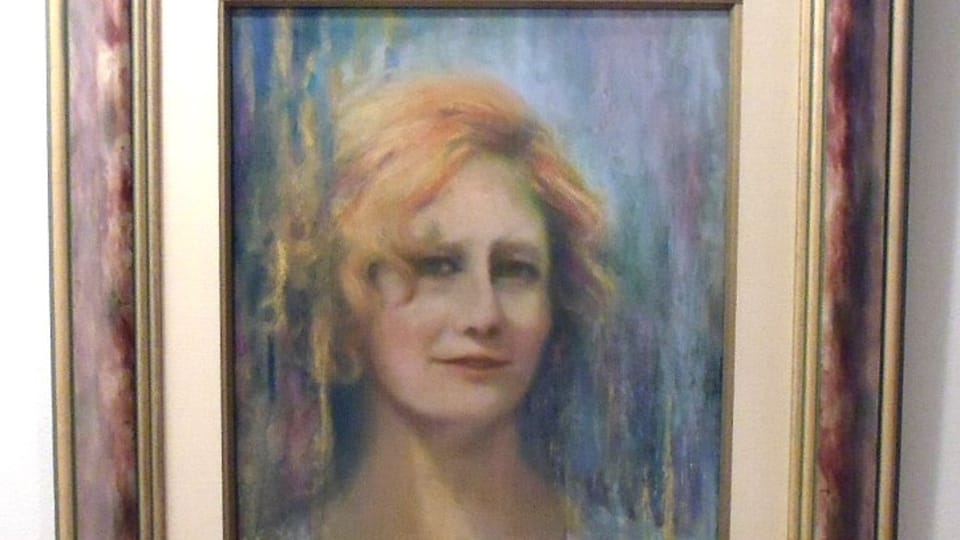 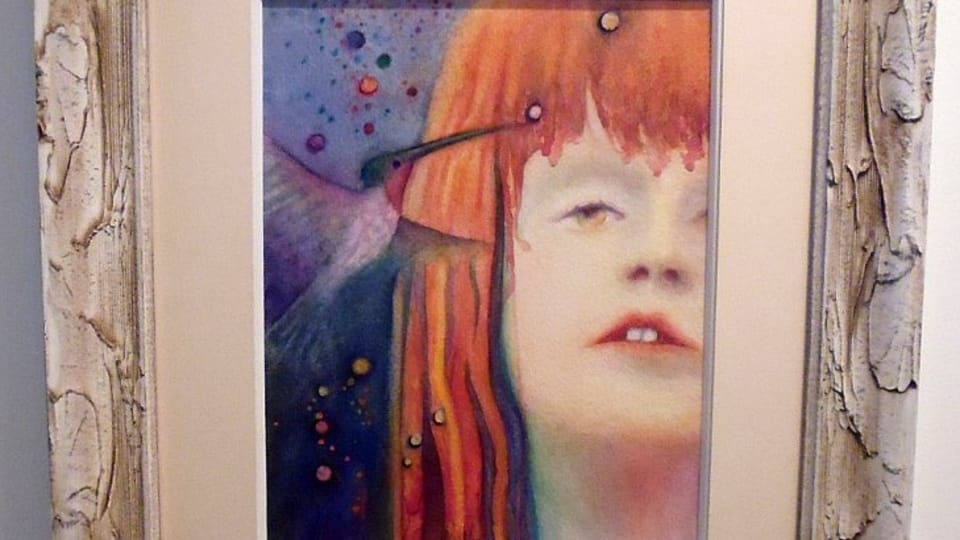 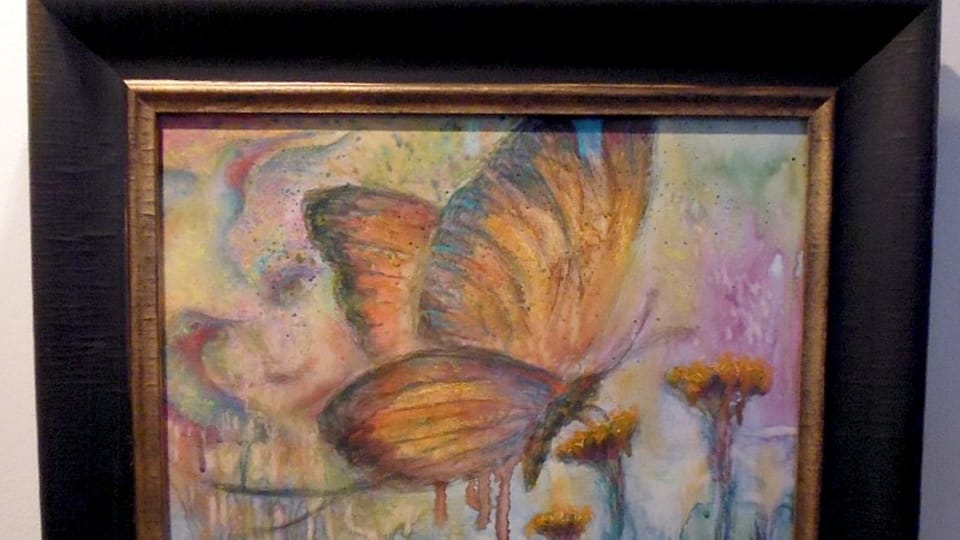 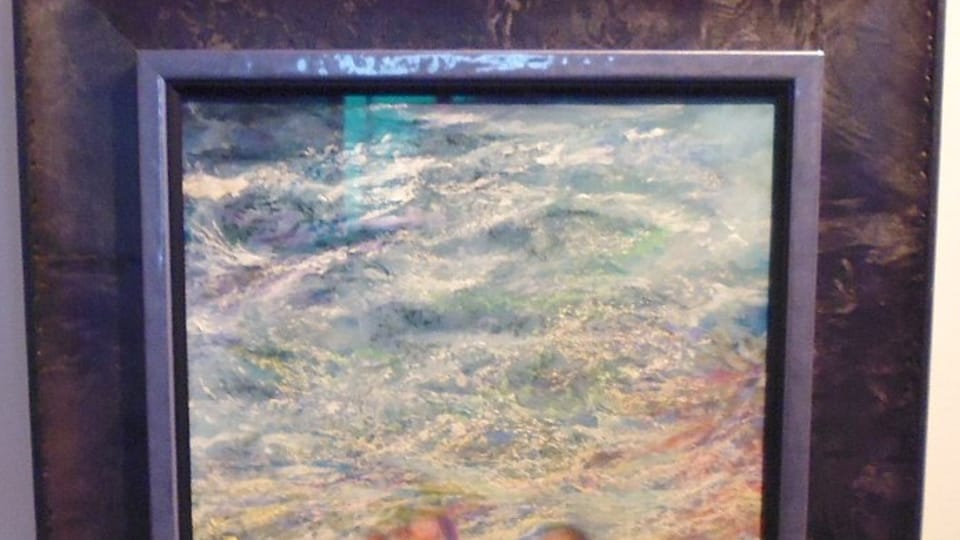 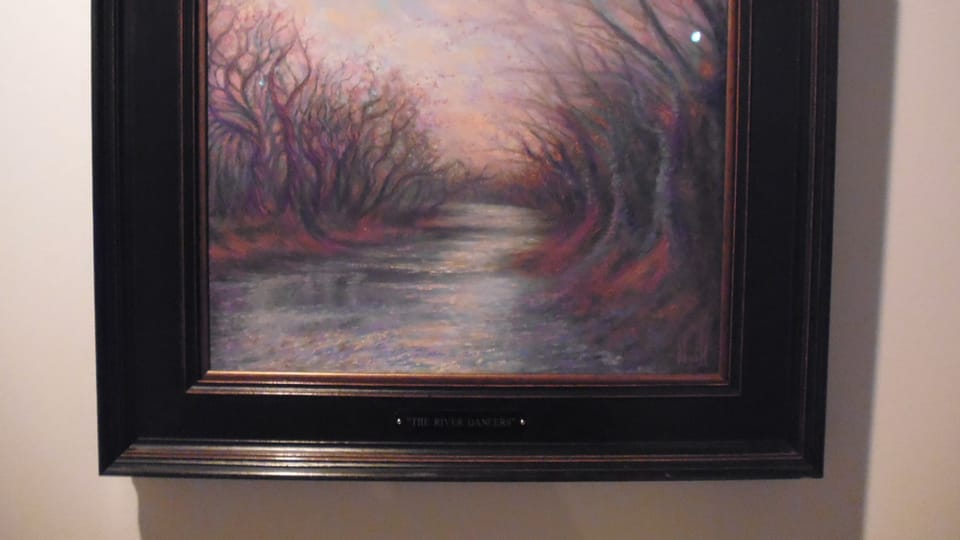 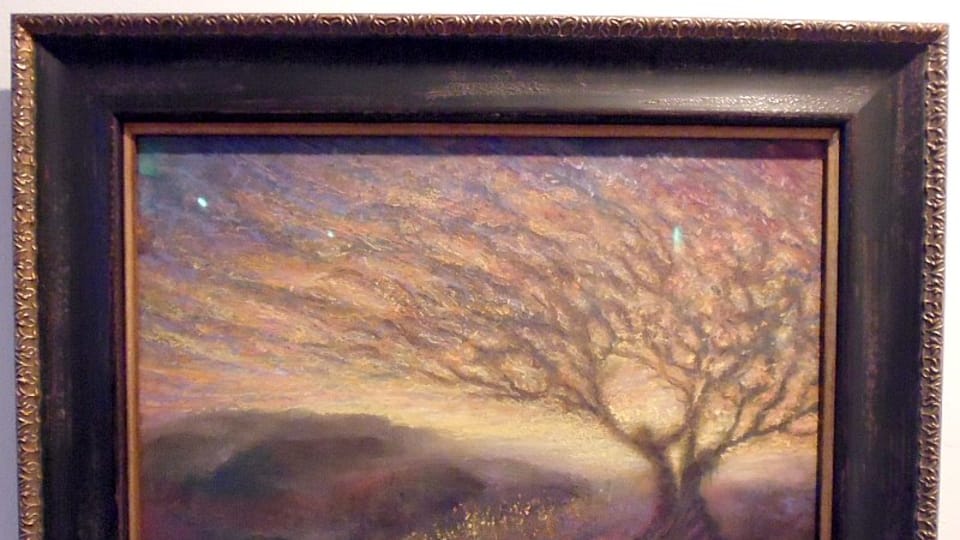 You can also view her work at www.kimnovakartist.com