8) Kbely Aviation Museum – A unique showcase of planes, past and present

Kbely Aviation Museum – A unique showcase of planes, past and present

The first airfield built in Czechoslovakia after the country’s founding in 1918, Prague’s Kbely airfeld is one of the most important sites for the history of Czech aviation. Today, it is home to the Kbely Aviation Museum, a one-of-a-kind showcase of hundreds of airplanes, including World War I biplanes, modern fighter jets, and everything in between.

The first flights took off from the runway at Kbely in December 1918, and the airfield was Czechoslovakia’s main air transportation hub until the opening of Ruzyně Airport (today Václav Havel Airport) some 20 years later.

Throughout the 1920s, Kbely was an important symbol of national pride for the young country, and President Tomáš Garrigue Masaryk was a frequent visitor. Coincidentally, it was in a tent next to the airfield that Czechoslovak Radio first went on air in 1923.

The idea to build an aviation museum at Kbely was born only in the 1960s, and the museum’s first exhibition hangar opened in 1968. Since then, the exhibits have spread out over six hangars, with many aircraft on display outdoors as well.

Walking through the museum grounds, visitors can get a comprehensive and chronological look at the evolution of flying in the Czech lands and abroad. Museum director Miroslav Kohl showed Radio Prague inside the first hangar, which contains World War I and interwar-era planes.

“One of our oldest aircraft is the SPAD VII, a French fighter plane from World War I. It was partly sold and partly donated by France to Czechoslovakia after the war, along with other French planes. Those made up the spine of the Czechoslovak Air force in its infancy. Nonetheless, the first Czechoslovak makers were founded between 1918 and 1919. One of them was the Letov company, which was simply called ‘Airplane Factory’ in those days. It was followed in 1919 by the Aero company. Airplane manufacturing was really quite a big industry in this country back then, producing planes for the air force, and eventually for the newly founded Czechoslovak Airlines.”

The middle part of the hangar is taken up by a camouflage-coloured, two-seater biplane. Mr Kohl explains that the origins of Czechoslovak military aviation can be traced to this aircraft. He adds that its wooden and canvas construction was an advantage for maintenance, since any hole in the frame could simply be plastered over.

“The Letov Š-2 was the first military plane ever designed and manufactured in Czechoslovakia. The one that we have on display survived an emergency landing at the air force training ground in Jičín. From the preserved documents, we know that the training ground’s commander requested a mechanic and carpenter to come to repair the plane, so it could take off again.”

Also on display are many other Czechoslovak-made military and civilian planes from the 1920s.  According to Mr Kohl, their construction was made possible by the ingenuity of the country’s engineers.

“During the First Republic, our airplane manufacturing industry quickly established itself. The first models were really very cutting-edge, and Czechoslovakia remained at the forefront of international airplane production until the 1930s. We had some very talented engineers, such as Alois Smolík, who designed the Letov Š-2. Two other important figures were Beneš and Hajn, who founded the Avia factory and developed a series of planes that achieved significant sporting achievements. We have one of them in this hangar, the Avia BH11C, which in 1926 won the Coppa d'Italia air race. It was the third win in a row for Czech planes.”

Another hangar bears the name of General Karel Janoušek, who during World War II commanded the Czechoslovak squadrons in the Royal Air Force. He is the only Czech ever to become an RAF air marshal. Fittingly, Janoušek’s hangar is dedicated to World War I planes. One of the planes is so big that one struggles to think of how it could have possibly been placed in the hangar.

“That is the Lisunov Li-2, a version of the American Douglas DC 3 that was made in the Soviet Union under licence. It was both a civilian and military transport plane used for airdrops. It is indeed very big and was placed in the hangar before the roof was finished, so it’s there to stay forever. This plane was used in Otakar Vávra’s film The Liberation of Prague, where it was used as the plane in which the Košice government arrived here at the Kbely airfield on the 10th of May 1945.”

“We also have the fighter planes in which our pilots flew on the Western and Eastern fronts during World War II. There is the Ilyushin il-2, an attack aircraft that served in the mixed Czechoslovak Air Division in the Soviet Union. This particular plane had a rather tumultuous story during the war, as it was damaged while attacking ground forces during the Moravia-Ostrava offensive. The pilot had to carry out an emergency landing between the frontlines. It was repaired and then went on to fly in the Czechoslovak Air Force after the war ended.”

The museum’s largest hangar contains 60 aircraft. Some of the more unique ones include prototype amateur airplanes, ultra-modern drones, and models used for sport flying. Miroslav Kohl told Radio Prague about one of the rarest planes on display, which was used in the discipline of aerial acrobatics, or “aerobatics”.

“Here we have the Zlín 50 plane that was flown by Petr Jirmus. He was probably the best Czech aerobat after the war, a two-time aerobatics world champion. One of our most modern planes is the Primoco drone, which is used for the inspection of oil pipelines and electricity transmission lines. Various foreign security services use it as well. Another unmanned plane is the Soviet Vr-3 Rejs, which resembles a small rocket. It was launched from a truck and landed using a parachute.”

The hangar’s rear part is dedicated to Czechoslovakia’s contribution to space exploration. This part of the exhibit is connected to Vladimír Remek, the first non-Soviet European in outer space. In 1978, Remek spent over seven days orbiting the Earth as part of the Soviet Interkosmos space programme, and visitors can take an up-close look at the spacecraft in which the Czechoslovak cosmonaut spent the last part of his mission.

“Part of our space exhibit is the re-entry capsule of the Sojuz 28 spaceship, in which our only cosmonaut Vladimír Remek and his Soviet colleague Gubarev returned to Earth. It is a model that was donated to the academy of sciences, which then gave it to us. There is really not much room inside it, if you take into account the fact that it fit two people wearing space suits. The second seat is located behind the entry hatch on the side of the cabin. When they landed on Earth, Gubarev was the first one to exit. After that, the hatch was closed again, and Vladimír Remek had to sit in the other seat before opening the hatch again and finally leaving himself. The diameter of the hatch is only 80 centimetres.”

More exhibits are on display on the vast exhibition grounds outside the hangars. Here, planes that were in use from the 1950s up to the present day are on display. During the fall and winter months, the exhibits are covered with tarp. Mr Kohl explains:

“The planes that are displayed outside suffer from adverse weather conditions, which is why we try to prepare them for the winter as best as we can. During the summer, the planes must be ventilated to prevent moisture from condensing inside, which could lead to mould. The tires of the airplanes must of course also be regularly inflated. Constant work goes into restoring the planes. The aircraft here are mostly helicopters and transport planes linked to the history of the Kbely airbase, although there are some planes that were used abroad as well.”

Miroslav Kohl, who has dedicated his professional career as well as a great deal of free time to developing the Kbely Air Museum, says that it is impossible single out one favourite exhibit. The museum is popular with families of young children as well as seasoned aviation enthusiasts, he says. A chance visitor confirmed Mr Kohl’s words to Radio Prague and recommended a visit to anybody with the opportunity.

“This time I’m here by myself, but I think I have brought pretty much all my nephews and sons of my friends here, because it really is a beautiful museum. A great showcase of the planes that used to fill our skies. I personally have an exceptional memory of the MIG 21, which I first saw flying over Pilsen as a young boy in 1968. We youngsters were really in awe of these planes, as they were the first truly modern fighters that we ever saw. We just had no idea that these ‘doves of peace’ would go on to stay here for more than 20 years. Another unique plane I would mention is the Ilyushin Il-2 , known by its battle name of Shturmovik. Besides that, there are plenty of models that attest to the technological advancement of our designers in the 1920s and 1930s. It really is worth coming take a look, because there is plenty to see.”

The Kbely Air Museum is now unfortunately closed to the public for the winter and will not reopen again until May. Nevertheless, a visit is definitely something worth adding to one’s diary for 2022. 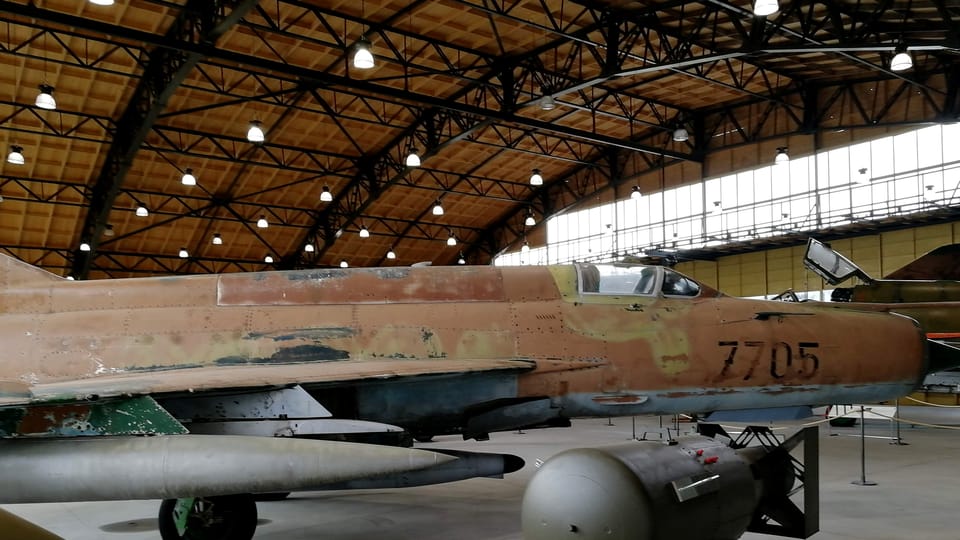 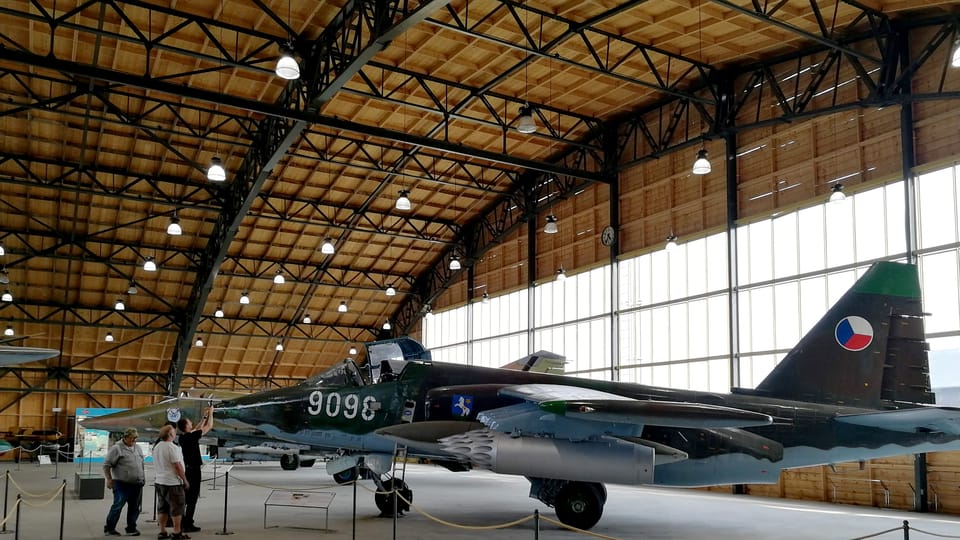 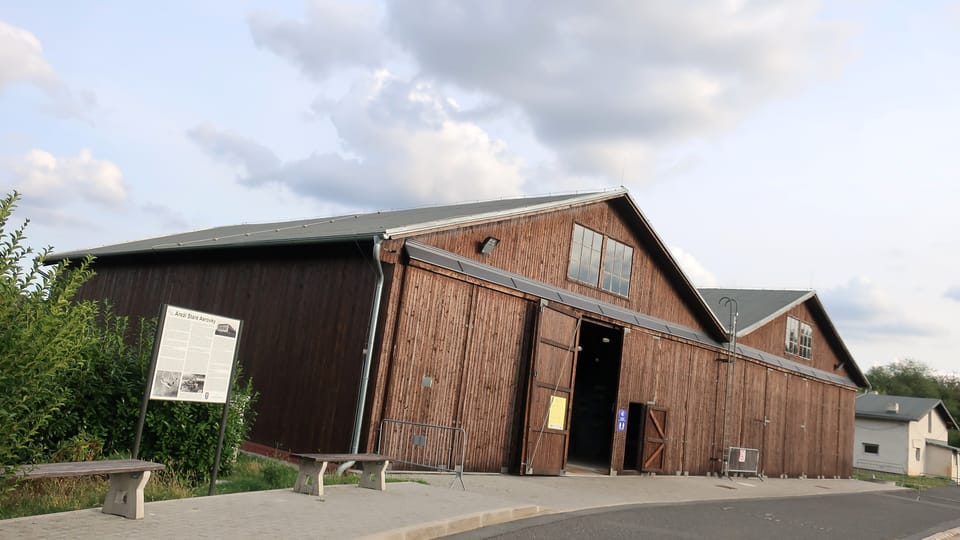 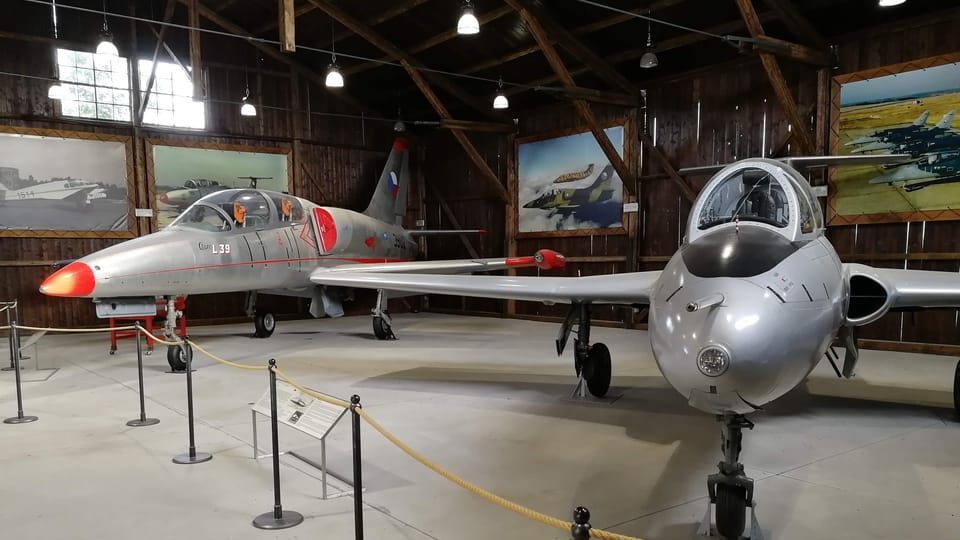 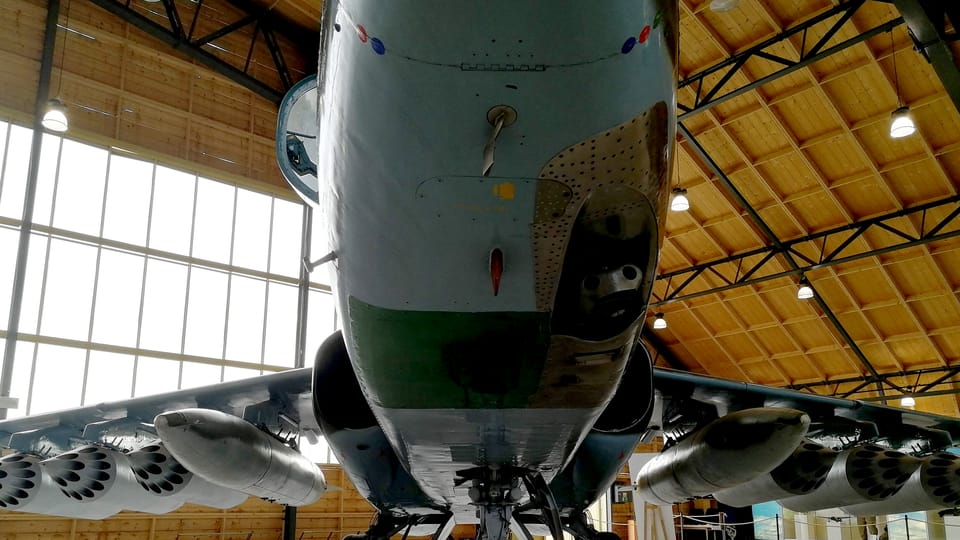 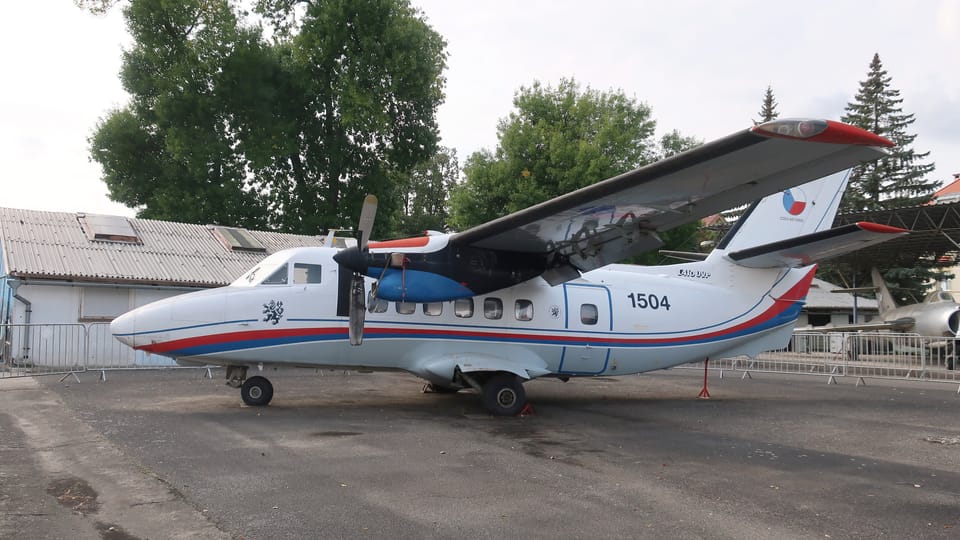