10) The Wallachian Open Air Museum – a window into Moravian traditions

The Wallachian Open Air Museum – a window into Moravian traditions

In the far east of the Czech Republic, just 22 kilometres away from the border with Slovakia, lies the small town of Rožnov pod Radhoštěm. Its biggest tourist attraction is the Wallachian Open Air Museum, which offers a unique look into the history of the region’s architecture as well as associated arts and crafts. The museum also organises traditional cultural festivals during the Christmas period.

Founded in 1925, the local attraction is the biggest and oldest open air museum in the Czech Republic and has been revamped several times since its founding, says museum director Jindřich Ondruš.

“Originally, there were just two buildings located in the town’s park. Since then the museum has expanded considerably. The largest complex is the Wallachian Village. Furthermore, we also house the so-called “Woodtown” and the Mill Valley. Above the city, on top of Radhošť hill, there are wooden buildings designed by architect Dušan Jurkovič, which are built in the Wallachian style. Since 2018, three further Czech open air museums are part of our museum and we are counting on opening another one soon.”

Despite the many additions, Jindřich Ondruš says that one thing hasn’t changed since the museum was first opened in the 1920s – the ultimate aim to protect the heritage of the region’s local ancestors.

“The founders didn’t just want to show historical exhibits. They wanted to create a living museum. The original Wallachian village was centred in the valley, with an adjacent hill on which shepherds would watch over the grazing cattle. There were stables there too. Now we also want to introduce visitors to the local forest. Tourism started developing in the region around 130 years ago and we have been trying to document its development in our new museum section located above the original village, which houses traditional “Kurloks”.

If you are wondering what a “Kurlok” is, then think of the type of log huts you may come across in the mountains of Switzerland or Bavaria. Their Moravian equivalent was used in the summer by shepherds to milk cattle and sleep in.

During the advent period, the whole Wallachian village starts preparing for Christmas. The smell of freshly baked gingerbread comes out of the farmhouses and locals decorate the Christmas trees. However, the trees are not stood in a bucket on the floor or table. Rather, the local tradition is to hang them from the ceiling.

Museum employee Šárka Kramolišová, says there are practical reasons for this.

“A typical Wallachian family would have many children and there was always the danger of one of them accidentally knocking the tree down. Hanging the tree prevents this from happening. Plus it also saves space.”

The Christmas tree tradition only reached the rural parts of the region after it had been introduced in the cities.  This is the reason why the oldest of the museum’s houses do not have Christmas trees.

However, Christmas traditions were upheld more sternly in the rural areas. For example, people would cut apples into two halves to predict what awaited them in the future, says Ms Kramolišová.

“When the seeds form a star, it means that the person will be healthy that year. However, when they look like a cross, it means that something bad will happen.

“There are also some special traditions in the region for unmarried maidens. They would walk to a crossroads, which was considered a magical place, in the middle of the night and look for a black Elderberry bush. They would then shake it and recite a saying which included the phrase that the dog will tell where their husband-to-be is that night. Then the girls would listen from which direction they could hear a dog barking and that would be the direction from which their future husband would come.”

However, there was a catch. If the girl heard church bells first, it meant that there would be bad news.

Nowadays, vanilla pastries and various types of sweet biscuits are traditionally baked ahead of Christmas in the Czech Republic. 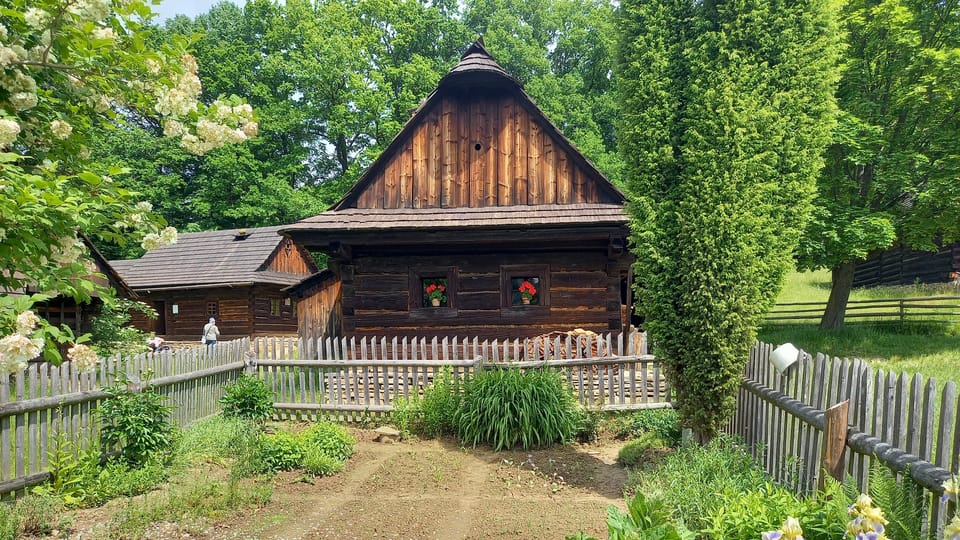 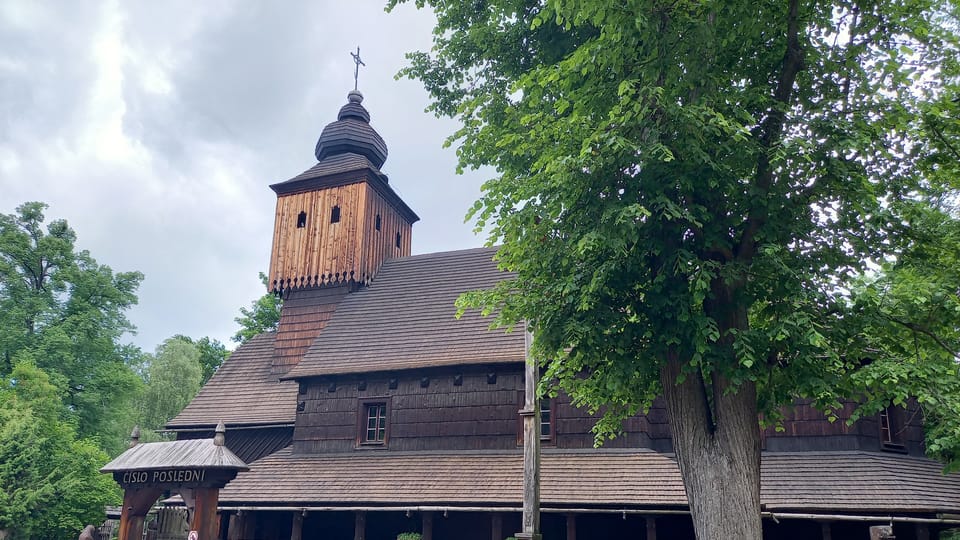 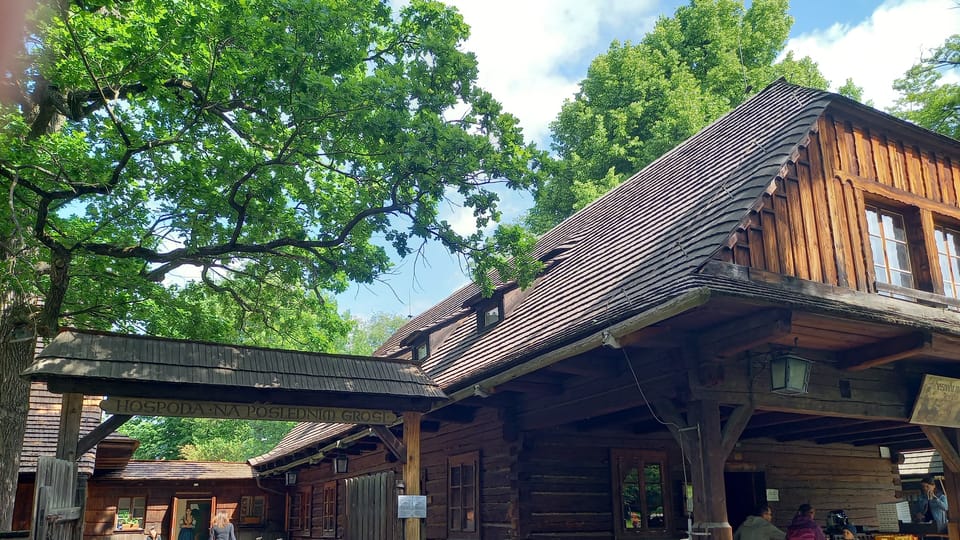 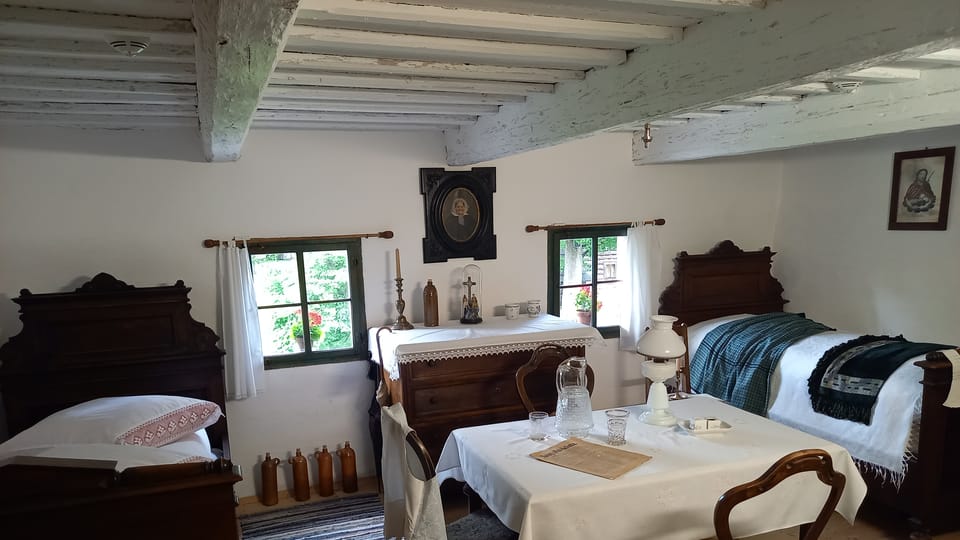 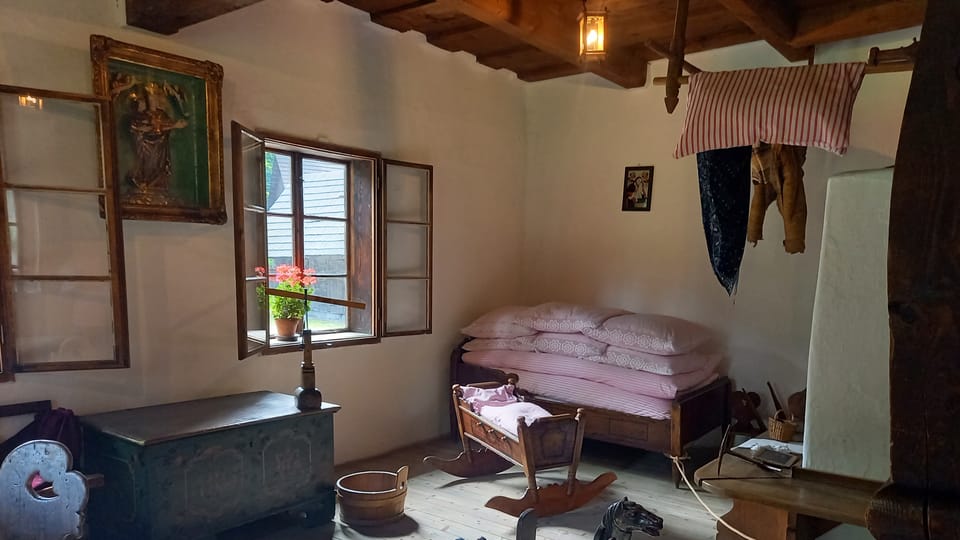 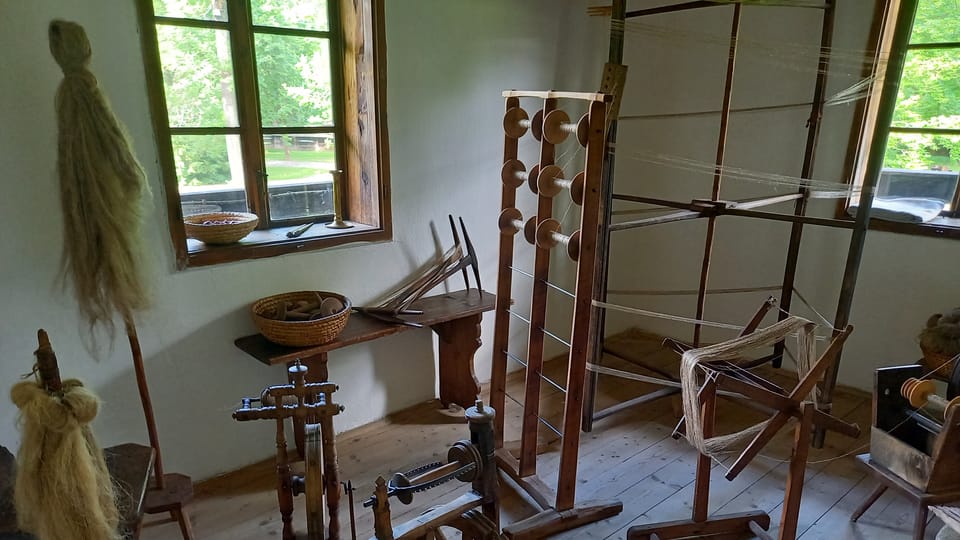 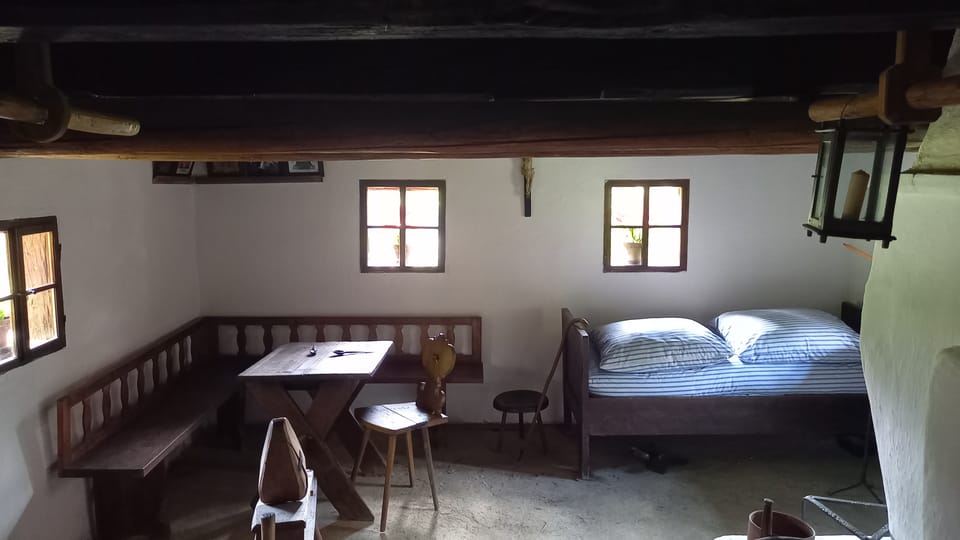 But in the past, the Wallachians of Moravia would not make such treats, as they would have been very expensive to make. Instead, fat pancakes called “vdolky” were prepared, says museum worker Vanda Vrlová.

“These large types of pancake were served as the main course, not just for desert. They were topped with quark cheese, jam, poppy seed, or sauerkraut.”

At the turn of the 19th and 20th centuries, women started baking gingerbreads. These were shaped into little figurines, houses, or trees. They would then be covered with egg-white glazing and sometimes also hung on the Christmas trees. Vanda Vrlová again:

“Those who didn’t have a Christmas tree would at least decorate a tree branch with some of these gingerbreads.”

Another tradition typical for Moravian Wallachia was the serving of so-called “Christmas Waffers” on Christmas Eve. These were called “oplatek”. Anna Borová is responsible for baking the thin waffers in the Open Air Museum historic oven.

“The baking of Christmas Wafers can perhaps be dated back to the Apostles to the Slavs – Saints Cyril and Methodius. The 14th century Velislav Bible depicts them in one of its illustrations. Saint Wenceslas [the patron saint of the Czech lands who was martyred in the 10th century] can be seen holding one in his hand.”

The wafers are made out of unleavened dough, produced from flour and water. They could be eaten with honey or garlic. This tradition is preserved to this day in northern Moravia, Lithuania, Poland and Hungary.

Another of the museum’s employees, Leona Kelnerová, says that a typical Wallachian Christmas Eve table would be decorated with rosemary, as the plant was a symbol for life.

“A harvest wreath would be placed underneath the tablecloth. It was supposed to ensure a good harvest in the next year. The farmer’s wife would bake a loaf of bread on the morning of Christmas Eve, as well as a cake made out of yeast dough or the same ingredients that were used in making the ‘vdolky’ pancakes. She would then place grains and vegetables, including onions, garlic, potatoes and various kinds of grain, on a cloth napkin. This, in turn, was supposed to guarantee that the harvest would be even better in the next year.

“The husband would begin the Christmas Eve dinner by eating a Christmas wafer with either a little honey or garlic on top of it. Everyone sitting at the table would get a piece in order to keep them all healthy.”

The table would only start being prepared from the afternoon of December 24th. This was because there was usually still work to be done on the farm in the morning hours of the day. People would also fast ahead of the Christmas celebrations. In Moravian Wallachia this was strictly upheld. During the advent period there would be little food, but more intense prayer. Parties were taboo.