Picture of the week

In this series Radio Prague selects an image highlighting a news event of the past seven days. 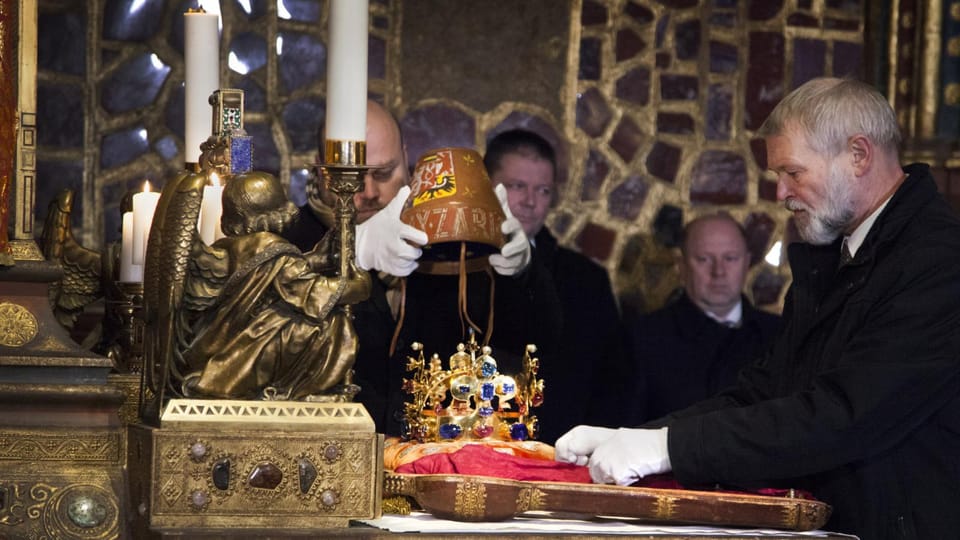 The Czech crown jewels are on display at Prague Castle on the occasion of the centenary of the founding of Czechoslovakia. The treasures which represent the power of Czech kings are among the symbols of Czech statehood. The collection includes the Crown of St. Wenceslas, the royal orb and sceptre and the coronation mantle. Charles IV had the Crown of St. Wenceslas made in 1346 for his coronation as King of Bohemia. The crown jewels will be on display until January 23rd.